‘Eddie Jones drives us to be the best’ – Danny Care

Two years ago, almost to the day, Stuart Lancaster’s England were sent crashing out of  their own World Cup after an agonisingly late try from Wales scrum-half Gareth Davies.

A nadir in the recent history of English rugby. But the two years which followed have been nothing short of remarkable.

Eddie Jones took the reins in November 2015 and his revolution is now in full flight. The New Zealander has transformed this side into an exciting and vibrant squad who look every bit as good as their No 2 world ranking. 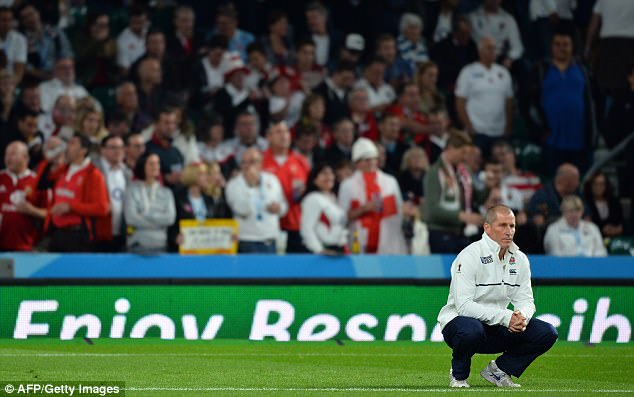 Two years ago, England crashed out of their home World Cup in an agonising loss to Wales 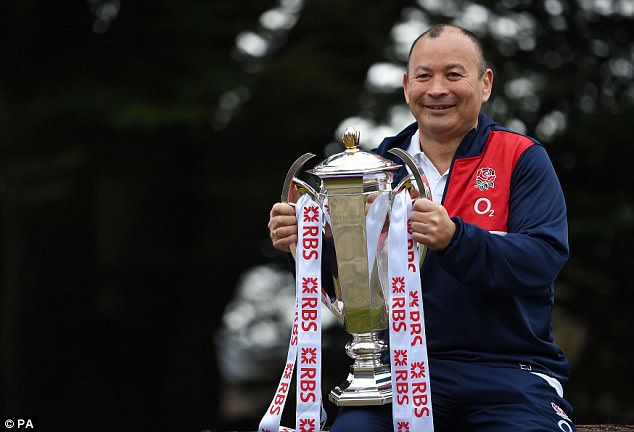 There are few players who have been selected for all 20 matches Jones has overseen, 19 of which they have won, but Danny Care is one of them.

And the Harlequins half-back believes the coach’s drive and vision were the catalysts behind that record-equalling unbeaten run of 18 games and their formidable form.

‘He’s brilliant,’ Care tells Sportsmail. ‘Look, he works us incredibly hard and sets incredibly high standards and that’s what you want at England. That’s what it’s going to take to be the best.

‘Behind closed doors, he’s a great bloke. He’s always there to chat and he loves taking the mickey out of anyone and everyone – especially people like James Haskell. But I really enjoy working with him.’

That feel-good but ambitious vibe appears to be pulsating throughout this group. And the mantra of becoming the world’s best is one which appears again and again under Jones. 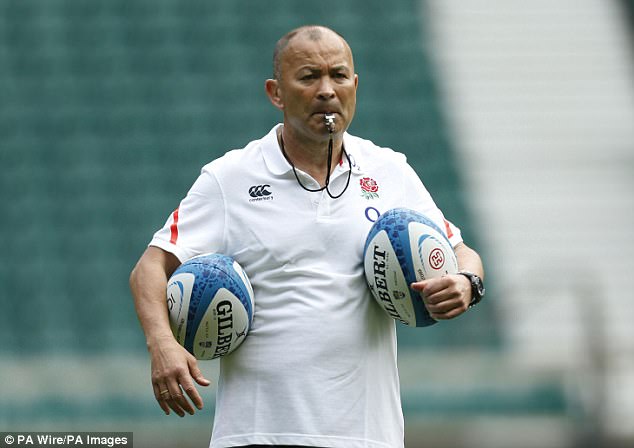 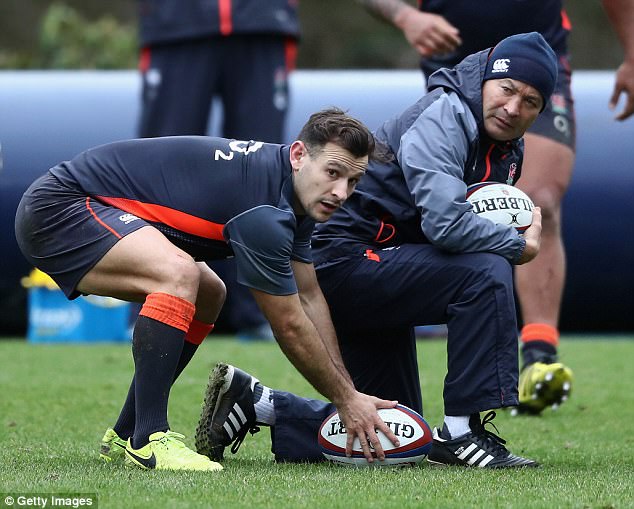 Care, who is one of a select few to be named in all of Jones’s 20 squads, spoke to Sportsmail 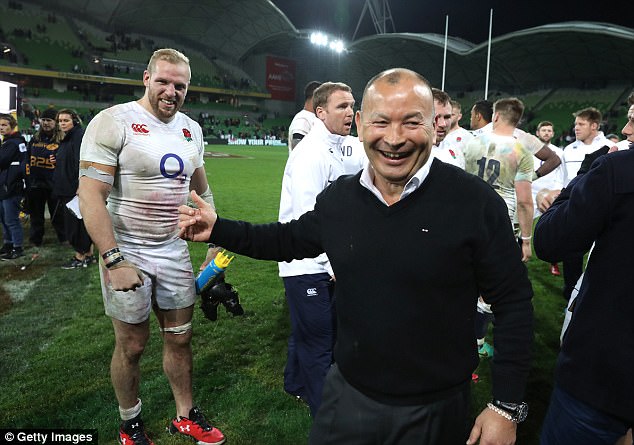 The Japan World Cup is less than two years away and if this perilous form continues, England will head to Asia with every chance of claiming their second Webb Ellis Cup.

‘The big aim is to win the World Cup in Japan in 2019,’ Care continues. ‘No one has shied away from that, that’s what we want to do.

‘We know it’s going to take a lot of hard work to get there but we are on the right path at the moment.

‘We’re the second-best team in the world and we want to get to be No 1 by then and that’s the aim.’

But as far as personal goals and achievements go, one has alluded the 73-cap England international — a Lions tour.

His omission, and, in particular, Warren Gatland’s plan to opt for the Welsh players already based in New Zealand, was especially painful to take this time around. 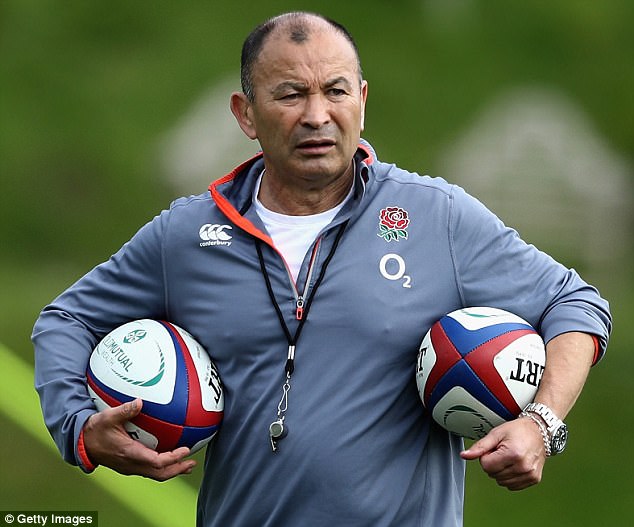 But although he may have a light-hearted side, he has his eyes set on winning that World Cup

‘Obviously, it’s one of those things you’d love to do as a player. I’ve come close the last three tours but wasn’t quite meant to be and they decided to go with a different option.

‘And then what happened with the Welsh guys and the pre-planned move for them to come out – that was quite a hard one to take from us lads away out there (in Argentina).

‘But obviously their minds had been made up already and there was not a lot we could do.’

Gatland eventually opted for Davies, the man who halted England’s World Cup at Twickenham, but the Welshman did not feature. 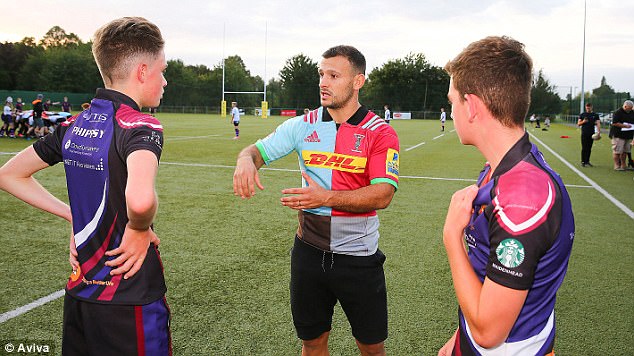 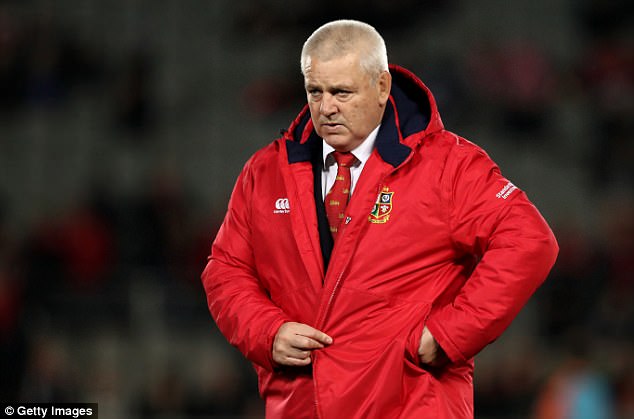 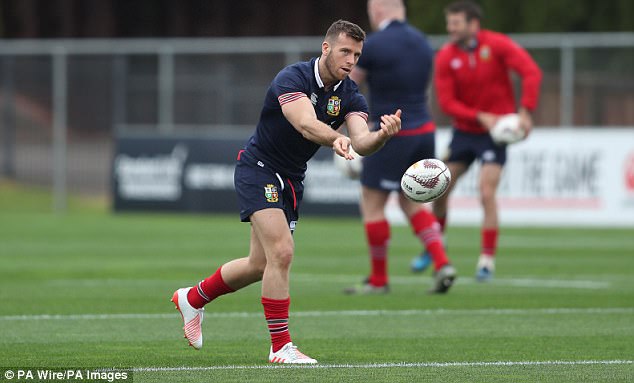 Gareth Davies, whose try halted England’s 2015 World Cup, was called up but did not feature

Six thousand miles away, however, England’s strength in depth was being showcased in abundance on a swashbuckling tour of Argentina — a high-scoring two-Test series which England won 2-0.

It was a tour which saw Jones select 15 uncapped players — a baptism of fire for the youngsters, some of whom threw their hat in the ring as early contenders for places on the flight to Japan.

Care speaks highly of the England tyros, who did themselves proud and ‘did some justice to the shirt’. He cites the likes of Quins prop Will Collier, Harry Williams, the Curry boys (twin brothers Ben and Tom) and Sam Underhill as potential stars of the future.

As is Marcus Smith, Care’s 18-year-old half-back partner at Quins. The fly-half, who has just three Quins games under his belt, has already linked up with the England senior side during the summer and is set to join the squad again on Sunday for their three-day, pre-autumn series camp.

Care began his own path in the rugby world at West Park Brahmhope at just six years old — six years before Smith was even born. 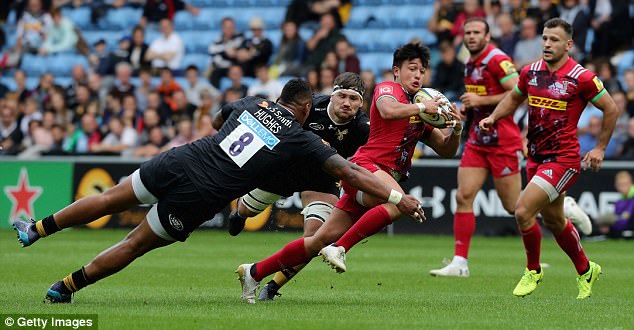 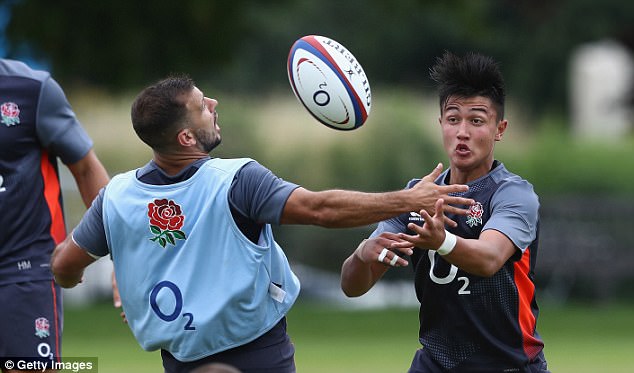 Now the 30-year-old has a fly-half who is 12 years his junior outside him at Quins. And Care thinks the Phillipine-born No 10, who is lighting up the Aviva Premiership in the absence of Demetri Catrakilis, has exciting times ahead.

‘There’s a lot of buzz around Marcus at the moment – and rightly so. He’s a great lad first and foremost and a wonderful rugby player already.

‘It’s mad that he is only 18: so wise above his years, how easy he makes the game look and just how comfortable he seems on a rugby pitch for someone of such a young age.

‘He’s loud and he organises and that’s very rare for a young fly-half, it’s keeping me on my toes having an 18-year-old outside me! But he’s brilliant and he’s going to be very special. We’ve just got to look after him the right way.’

Care insists he still has some years left in him at the top level, and the small matter of a World Cup to win.

Whether the Quins’ half-back partnership could be realised on the world stage in Japan yet to be seen — but Care is hopeful that it is more than just a possibility.

To mark the launch of the Aviva Community Fund 2017, Danny Care has been visiting community groups such as Maidenhead RFC to find out about the inspiring work they do in their local area.

The Aviva Community Fund is a nationwide competition that gives people the opportunity to submit an idea, that will make a difference to their local community, for the chance to win funding of up to £25,000. To submit a group close to your heart visit www.aviva.co.uk/community-fund. 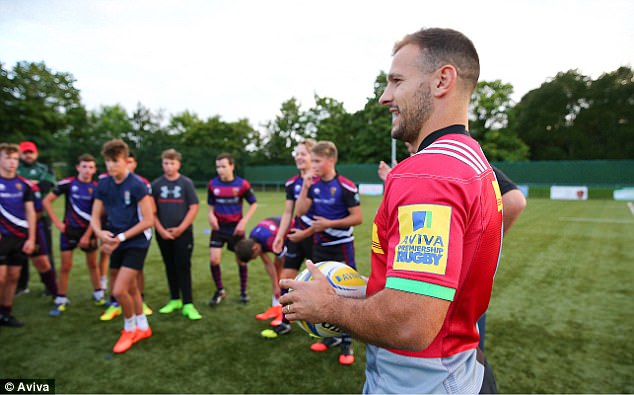 Care visited Maidenhead RFC, who will be entering the Aviva Community Fund this year