Former Collingwood president Eddie McGuire has claimed Alastair Clarkson and Chris Fagan were ambushed by disturbing allegations they were involved in pressuring an Indigenous player to get his partner to abort their unborn child.

McGuire’s take on the bombshell racism accusations against the Hawthorn club has drawn a furious response from the journalist whose report detailed the allegations, as he claims the long-time footy figure has smeared his reputation.

The shocking accusations against the Hawks were revealed after the team commissioned an external review into claims of racism, which has been delivered to the AFL.

McGuire (pictured delivering a speech earlier this year) said Clarkson and Fagan were unfairly ambushed by the shocking allegations, which include the claim that they pressured an Indigenous Hawthorn player to get his partner to abort their unborn child

An Indigenous former Hawthorn player alleged a group of senior figures at the club, including Clarkson, pressured him to get his partner to terminate her pregnancy, according to an ABC report.

The player claimed the group – which he said also featured Clarkson’s then senior assistant Fagan – also urged him to break up with his partner and move into the home of an assistant coach, the report said.

Both coaches have denied the allegations and said they knew nothing about the claims until they came to light. Clarkson has delayed the start of his duties with new club North Melbourne so he can cooperate with an AFL investigation, and Fagan has stood down from his role with the Brisbane Lions.

McGuire said the pair weren’t even given the ‘courtesy’ of being informed of the shocking accusations before they became public – echoing Clarkson’s complaint that he hasn’t been afforded ‘due process’ in the scandal. 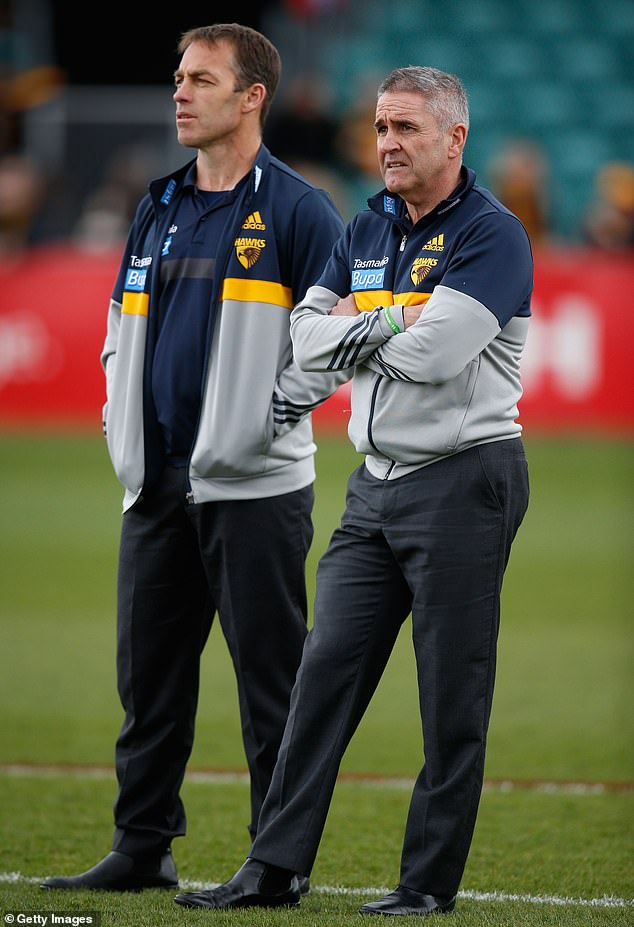 When his fellow panellist, respected footy reporter Caroline Wilson replied that Russell Jackson – the author of the ABC report – went to ‘all parties’ with the claims on Monday, McGuire wasn’t satisfied.

‘My understanding from Brisbane was that it was sent to Brisbane through the general [phone] number, on the email,’ he said.

‘Surely either Hawthorn or the AFL, having had this report for a number of days, just out of courtesy should have gone to both of these people and said, these are the allegations.’ 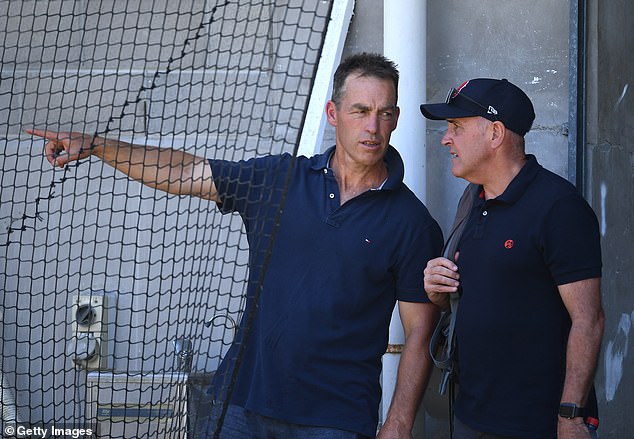 Ex-Hawks boss Clarkson’s November 1 start with his new club, North Melbourne, has been delayed due to the accusations, and Fagan (right) has stood down from his role with Brisbane

McGuire’s inference that Jackson allegedly didn’t give Fagan enough time to respond to the claims in his article saw the journalist hit back hard.

‘Eddie McGuire has attempted to smear my reputation here and I will not stand for it,’ he tweeted.

‘I sent detailed questions to Chris Fagan’s Lions email address with 24 hours’ notice. He didn’t respond to my email, nor when I called his phone and left a message offering him more time.’

A Hawks player who is named only as ‘Ian’ in the ABC report made startling accusations against the team’s most senior coaches.

‘Clarkson just leaned over me and demanded that I needed to get rid of my unborn child and partner,’ he claimed. 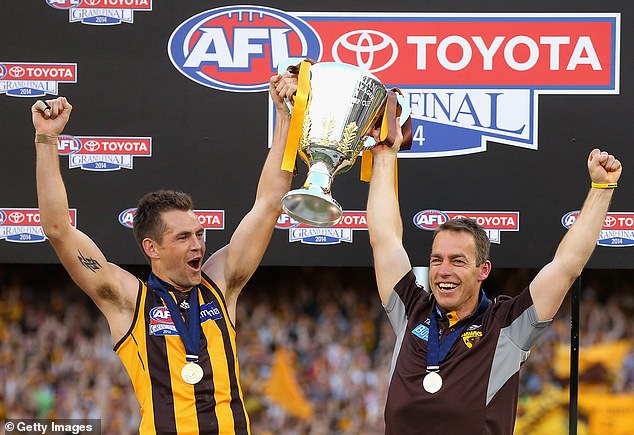 ‘I was then manipulated and convinced to remove my SIM card from my phone so there was no further contact between my family and me.

‘He told me to kill my unborn child.’

On Wednesday AFL CEO Gillon McLachlan announced the league will hold an independent investigation into the ‘harrowing and disturbing’ claims against the Hawks.

The make-up of the panel – which will feature an eminent king’s counsel – is due to be decided on Thursday.

‘I was not interviewed by the authors of the repot commissioned by the club, and nor have I been provided with a copy of the report,’ Clarkson said in a statement made on Wednesday.

‘I was not afforded any due process and I refute any allegation of wrongdoing or misconduct and look forward to the opportunity to be heard as part of the AFL external investigation.’

The Lions issued the following as part of the team’s statement on the matter: ‘Chris …  was not consulted during the Hawthorn sponsored review and looks forward to the opportunity to be heard as part of the AFL investigation.’