Eddie McGuire continues to boast a trimmer physique in Melbourne

A year ago, almost to the day, he got into trouble for ‘fat shaming’ AFL star Brendan Fevola in radio a interview.

And months later, Eddie McGuire ended up shedding a whopping 20kg after not eating for two weeks.

And it seems the 52-year-old has kept the weight off, as he stepped out at the Sony River4Ward lunch in Melbourne on Thursday.

Fighting fit: Eddie McGuire continues to boast a trimmer physique as he makes an appearance at the Sony River4Ward lunch in Melbourne

He looked smart in a grey suit, over a light blue open-collar shirt as he took to the stand to address the crowd at the fundraiser.

The event was held to raise money and awareness for Sony Foundation’s Youth Cancer Program, YouCan – with X Factor 2012 winner Samantha Jade taking to the stage to perform.

Today star Karl was in attendance with his new fiancee, Jasmine Yarbrough, whom Eddie was sure to include in his walk-around – in which he joked and laughed with the guests. 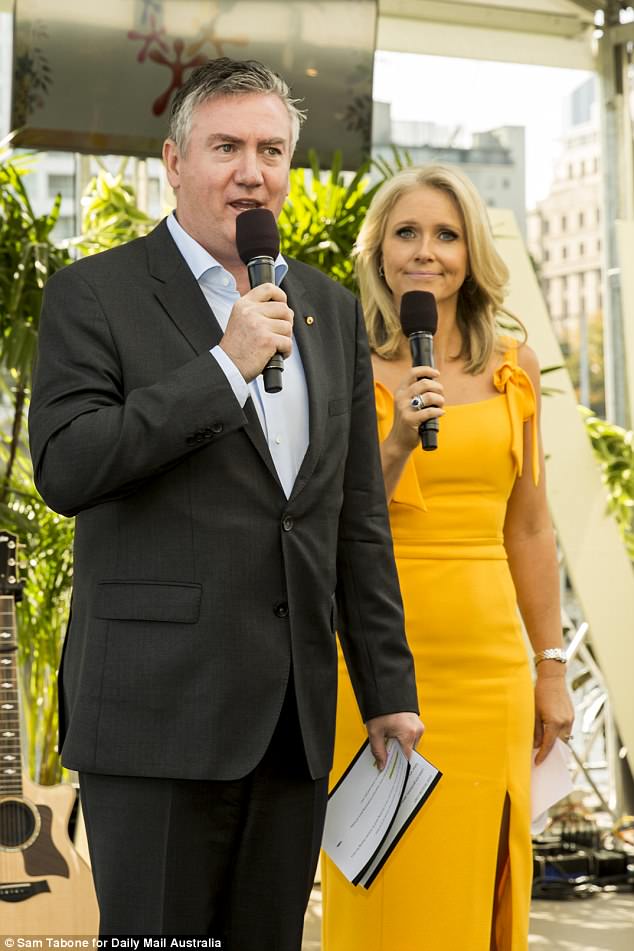 Smart: He wore a grey suit, over a light blue open-collar shirt as he took to the stand to address the crowd at the fundraiser 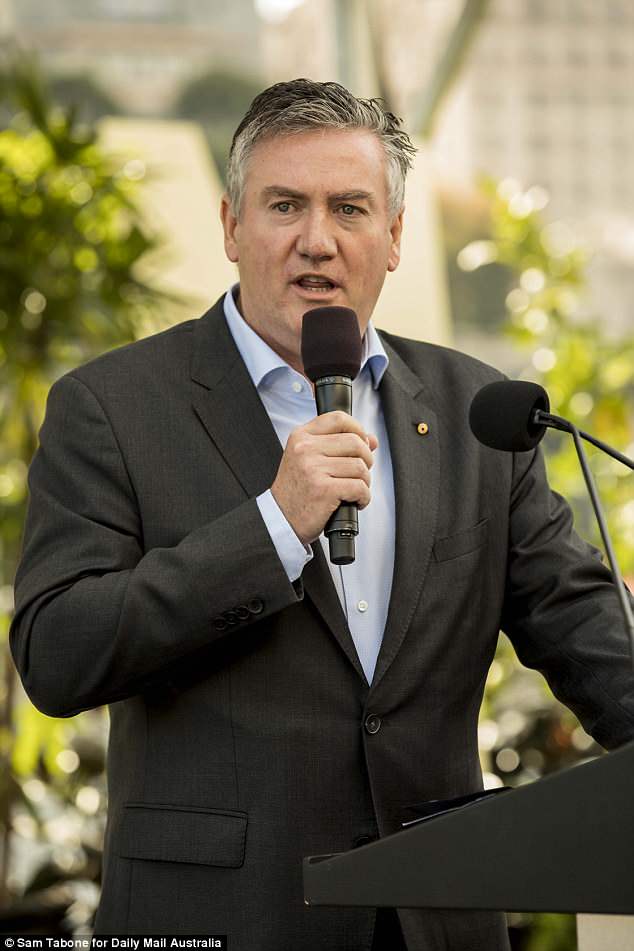 Good cause: The event was held to raise money and awareness for Sony Foundation’s Youth Cancer Program, YouCan

Eddie was still displaying a relatively trim frame, despite losing the weight by, essentially, not eating for two weeks.

He revealed what inspired him to get into shape during an appearance on the Today show last year.

Ahead of his Footy Show return, the media personality recalled how looking at his own reflection in the mirror and seeing a ‘fat bloke’ motivated him to shed unwanted kilos. 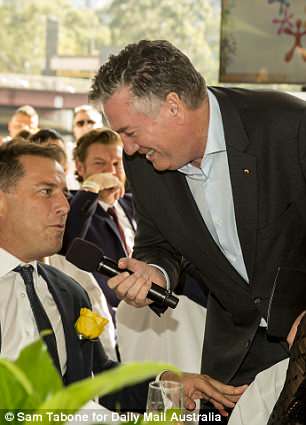 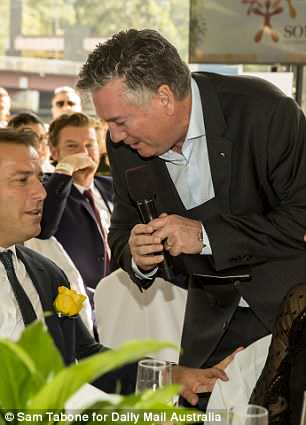 Jokes: Karl Stefanovic was in attendance with his new fiancee, Jasmine Yarbrough, whom Eddie was sure to include in his walk-around 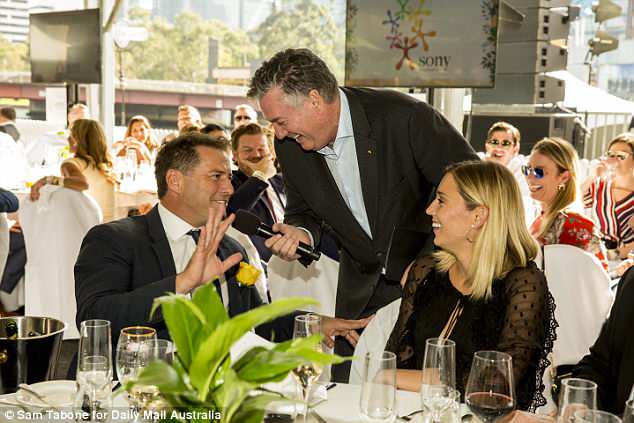 Having a laugh: He joked and laughed with the guests 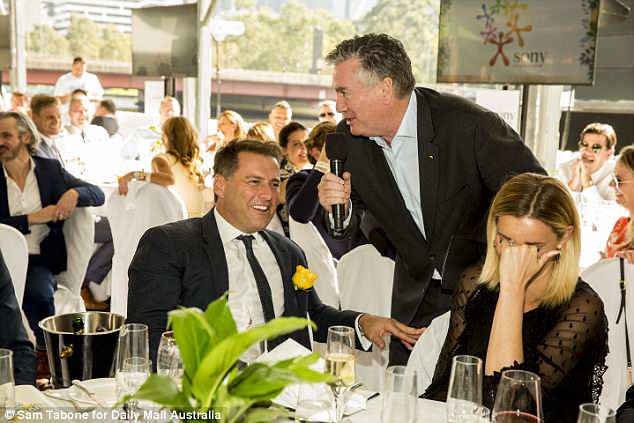 Keeping it off? Eddie was still displaying a relatively trim frame, despite losing the weight by, essentially, not eating for two weeks

‘I looked out the window and saw a fat bloke walking towards me and realised I was looking in the mirror,’ he said.

‘I thought I better get myself going. I have a couple of young blokes and a lot of life left to be lived and I buckled down and got myself sorted.’

He added: ‘I became a fat bloke and spoke to Lisa’s [Wilkinson] husband Peter FitzSimons along the journey and a few other people.’

The Collingwood president’s ‘extreme’ diet consisted of no food for 14 days, instead, sipping on three cups of ‘herb tonic’ a day in place of meals.

Dramatic weight loss: Eddie’s new look can be credited to a two-week Chinese herbal tea fast, followed by a week of eating half a cucumber and 50 grams of chicken. Pictured above in July 2017

The intensive 101 Wellbeing Program by Dr Shuquan Liu, happens to be the same regime endured by Malcolm Turnbull several years ago.

Eddie said the diet involved sipping on water, a couple of cups of tea and about ‘half a cup’ of a Chinese herb mixture every day.

For two weeks he consumed absolutely no food, before being ‘allowed’ half a cucumber and 50 grams of chicken in the program’s third week. 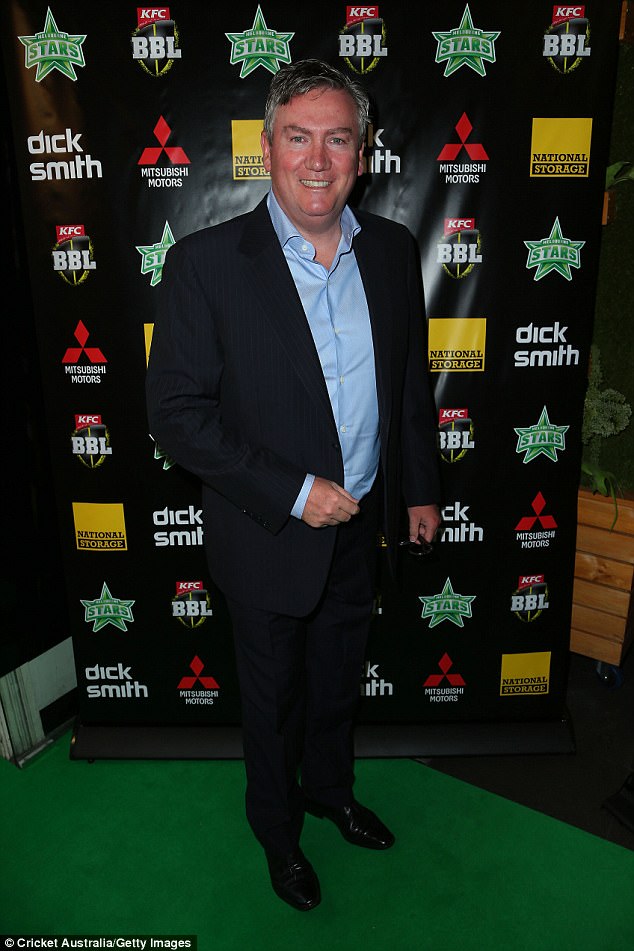 Let yourself go? ‘I have probably been the classic case of the person who has put on one and a half kilos a year for the past ten years,’ he told Herald Sun. Pictured above in December 2015

And while it may seem a bizarre weight loss measure to some, Eddie promises he experienced absolutely no negative side effects.

‘It has taken all the heat out of my body, I feel great, I did not feel tired at any stage, and did not actually even feel hungry, believe it or not.’

He has apparently continued to drop weight since completing the diet, now boasting a total weight loss of 20kg, despite a recent overseas holiday where he admitted he ‘ate for Australia.’

‘The next stage for me is to get myself physically fit again and keep the discipline up and make sure I don’t plonk it (the weight) back on,’ he told the publication. 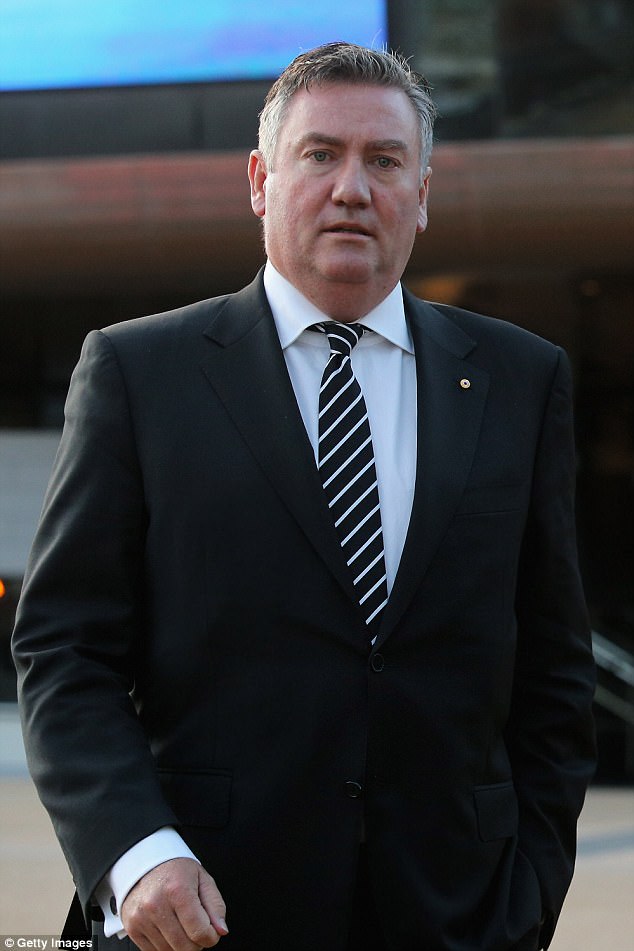 Trimmed down: Eddie’s new look is a far cry from his figure in 2015 (above)