They publicly attacked the Duke and Duchess of Cambridge in their infamous TV interview with Oprah Winfrey, but Prince Harry and Meghan have a reason to be grateful to the royal couple.

I can disclose that the Duke of Sussex’s charity for injured ex-servicemen has enjoyed its best year ever, thanks to Prince William and Kate.

The Invictus Games Foundation, which former soldier Harry set up in 2014, received a grant of more than £500,000 from the Royal Foundation of the Duke and Duchess of Cambridge.

Prince Harry’s charity for injured ex-servicemen has enjoyed its best year ever, thanks to Prince William and Kate (pictured: the Duke of Sussex hugs his brother during the Invictus Games athletics at Lee Valley in September 2014)

‘Prince William and Catherine always supported Harry’s efforts to establish Invictus,’ a courtier tells me. ‘They are delighted that it has been a success.’

The comments seem magnanimous given that Meghan claimed to her friend Oprah that Kate had made her cry and accused an unnamed royal of making a racist comment about her unborn baby.

The Royal Foundation, originally called the Foundation of Prince William and Prince Harry, was set up in 2009 when they were still close friends as well as brothers. Their wives were later added to the title of the charity.

After Meghan moved to Britain in 2017, there were hopes that the quartet (jokingly referred to as the ‘Fab Four’) would become a powerful fundraising force. 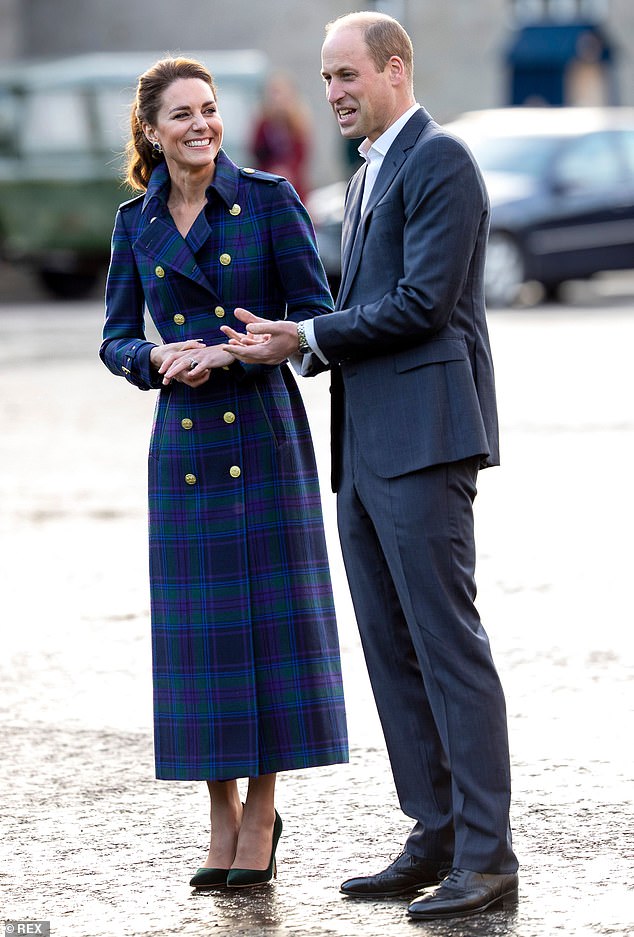 The Invictus Games Foundation, which former soldier Harry set up in 2014, received a grant of more than £500,000 from the Royal Foundation of the Duke and Duchess of Cambridge (Prince William and Kate pictured in Edinburgh in May this year)

However, just two years later Harry and Meghan announced they were quitting the charity to set up their own foundation called Sussex Royal.

The Queen banned them from using the word ‘royal’ after they confirmed they were leaving Britain for North America last year and stepping down from their roles as senior royals.

It will be fascinating to see how Invictus fares without the Cambridges’ financial support.

A swell surprise for model Rosie

The Marks & Spencer model can, though, look forward to a new baby.

Devon-born Rosie, 34, is expecting her second child with Statham, 54, who grew up in Norfolk before being turned into a star by Guy Ritchie in his 1998 crime film Lock, Stock And Two Smoking Barrels.

‘Round Two,’ joked the model, as she shared this picture of her baby bump. 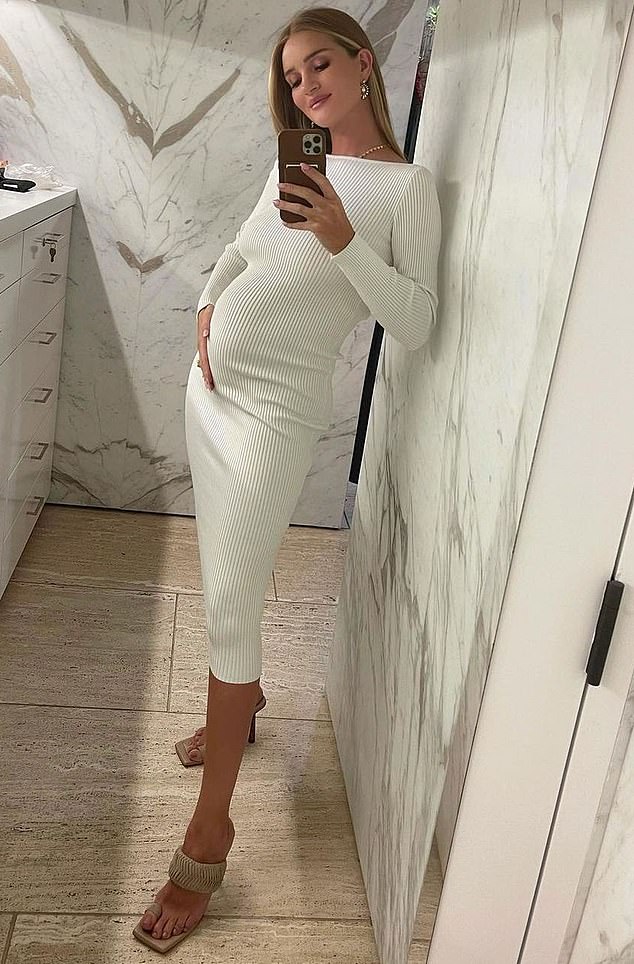 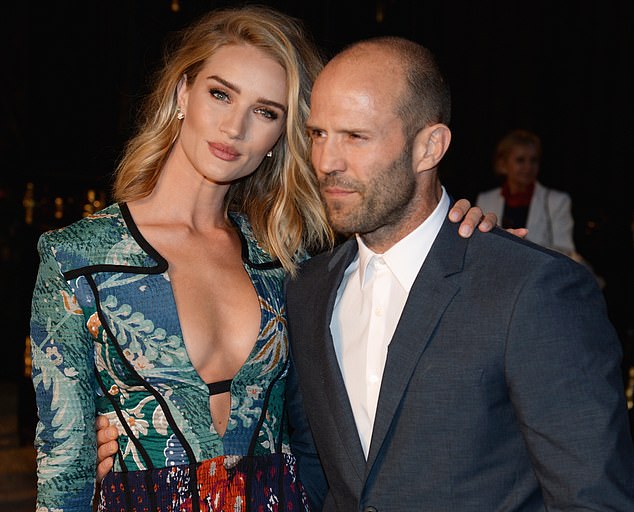 The couple pictured attending the Burberry ‘London in Los Angeles’ event at Griffith Observatory in April 2015 in Los Angeles, California

Rosie, who’s made a fortune with her lingerie ranges for M&S, has said of the Fast & Furious star: ‘He’s an amazing hands-on daddy. A supportive and protective partner, and he’s pretty funny, too.’

The couple live in California with their four-year-old son, Jack.

Michael Ashcroft is still fuming that ‘prickly’ Sir Keir Starmer told friends and colleagues to refuse to speak to him when he was doing research for Red Knight, his new biography of the Labour leader.

‘Sir Keir actively asked people not to talk to me,’ says the former Tory treasurer, who has previously written biographies of David Cameron and Jacob Rees-Mogg. ‘It says something about his character that he was so defensive.’

I wonder if Lord Ashcroft will have better luck with his next subject, the Prime Minister’s wife Carrie Johnson?

Jude lays down the law on film star delusions

With millions in the bank, freebies galore and fans hanging on their every word, movie stars would appear to have it all. Jude Law, however, considers it a term of abuse.

‘I didn’t set out to be a movie star and I don’t consider myself one or like being called one,’ declares The Talented Mr Ripley actor. 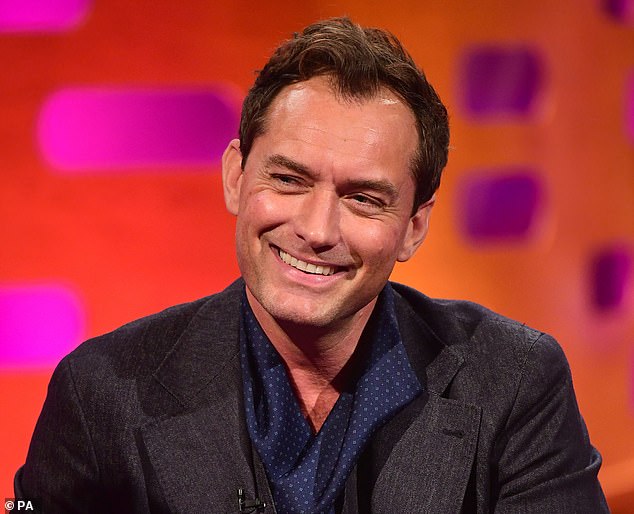 Speaking at an Intelligence Squared How I Found My Voice event, Jude Law (file photo above) criticised ‘movie star’ behaviour

Speaking at an Intelligence Squared How I Found My Voice event, Law criticises ‘movie star’ behaviour: ‘You can get away with that in America — it’s almost expected. It makes my skin crawl when people behave like they’re something special because they make films and they’re well known.

Is this a ‘Ratner moment’ from Giorgio Armani?

Gerald Ratner was the foot-in-mouth businessman who said his eponymous chain’s jewellery was ‘cheaper than an M&S prawn sandwich but probably wouldn’t last as long’.

Now, fashion designer Armani has announced that he despises much of the business. ‘I am anti-fashion,’ he declares. ‘I hate to be considered one of the flock of sheep.’

BBC Autumnwatch host Michaela Strachan has been left stamping her wellies in frustration at being overlooked for Strictly Come Dancing yet again.

‘Why have they never asked me?’ the 55-year-old former children’s television presenter demands. ‘Every year I see the line-up and think: “Why was I not considered?” ’ 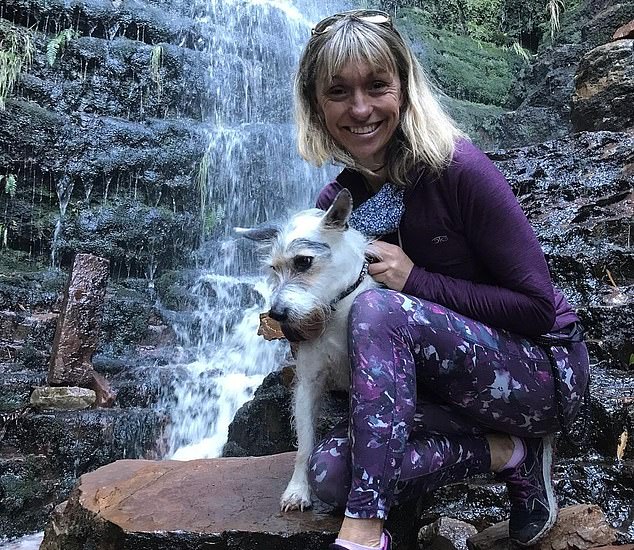 BBC Autumnwatch host Michaela Strachan, above, has been left stamping her wellies in frustration at being overlooked for Strictly Come Dancing yet again

Strachan, who learned to dance at stage school, adds, somewhat immodestly: ‘I thought I’d be an obvious choice because I’m a BBC person, and I appeal to quite a wide age group. I’m so frustrated.’

She has the moves, having appeared in a stage version of the musical Seven Brides For Seven Brothers in 1984 before moving into children’s TV presenting and nature shows such as Countryfile.

Foyle’s War creator Anthony Horowitz is joining the exodus from the inner cities. I hear the author, who’s currently writing his third James Bond novel, has spent millions on a Georgian house by the river in leafy Richmond upon Thames.

‘I’ve always wanted to live on the Thames since I was boy, so it now feels like a dream come true,’ he tells me.

Horowitz, 66, currently lives in the more gritty Clerkenwell with his TV producer wife, Jill Green, and two sons. ‘It will be the next step in our lives,’ he adds. ‘A good view definitely helps with my writing.’ 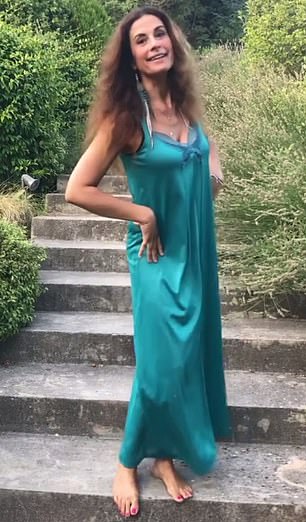 Don’t throw away your old nighties. Livia Firth urges you to wear them for an evening out instead.

And to prove her point, the self-styled queen of sustainability has shared this photograph of herself wearing a satin number.

‘I thought: “Why do you need a new dress when maybe you have lots of nightdresses that you could wear as a dress?”’

Perhaps the Italian-born film producer can now offer her advice on what to do with a pair of flannel jim-jams?

The Royal Opera House has found a clever way of flaunting its diversity credentials at the same time as bringing in much-needed new revenue. It’s to give tours starting next month dedicated to gay icons.

Tickets cost £16 for the one hour and 15 minutes Pride Of The Royal Opera House tours starting on September 10.

‘Join us as we explore queer themes, productions and the rich contributions to the music and theatre made by the LGBTQ+ icons who have helped shape the Royal Opera House,’ a spokesman enthuses.

To keep up to date with the latest royal news and gossip, sign up to my weekly newsletter here.