A film lecturer at the University of Edinburgh has been cleared by police after he was accused of committing a hate crime by quoting an anti-English speech from hit film Trainspotting.

James Mooney was reported to police over a post he wrote on his Instagram page after showing the 1996 movie to a visiting group of American students.

He wrote: ‘Spent this morning telling a group of visiting American students that we don’t really hate the English, but that they are w***ers. Welcome to Scotland.’

Police confirmed officers were called in to investigate Mr Mooney’s Instagram post after a complaint but concluded that no crime had been committed. 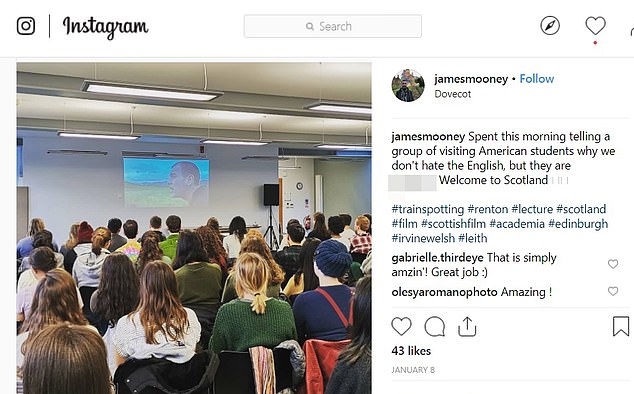 Mr Mooney is understood to have written the post while showing the 1996 film, starring Ewan McGregor, to a visiting delegation from the US.

The post relates to a scene in which McGregor’s character, Mark Renton, bemoans Scotland’s misfortune at being ‘colonised by the English’.

One university source said: ‘It was clearly meant in jest and no offence was intended or could reasonably have been taken.

‘It is all totally ridiculous, a storm in a teacup if ever there was one.’

Mr Mooney lectures in film and philosophy at Edinburgh University – while regularly guest lecturing at Sweden’s Jönköping University and Arcadia University in the US.

It’s s***e being Scottish! We’re the lowest of the low. The scum of the f***ing Earth! The most wretched, miserable, servile, pathetic trash that was ever shat into civilization. Some people hate the English. I don’t. They’re just w***ers.

We, on the other hand, are colonised by w***ers. Can’t even find a decent culture to be colonised by. We’re ruled by effete a***holes.

It’s a s***e state of affairs to be in, Tommy, and all the fresh air in the world won’t make any f***ing difference!

He is also the founder and curator of the FILMOSOPHY season of philosophical film at Edinburgh Filmhouse.

In December 2017, Mr Mooney was also appointed access and outreach development director at the university’s Centre for Open Learning.

The university launched a new part-time access programme the following month, as a ‘commitment to widening participation.’

Mr Mooney was quoted at the time as saying: ‘As a former access student myself, I know first-hand the potentially life-changing benefits that university can bring, as well as the challenges of returning to study after a long gap.

‘The Access Programme is all about creating opportunities for people who have always wanted to go to university, no matter what their background.’

The post is understood to have been reviewed by senior staff and deemed not to breach the university’s social media policy.

The spokesman added: ‘A full investigation was conducted and it was established that no crime had been committed.

‘However, the matter was recorded as a hate incident. No further police action was required.’ 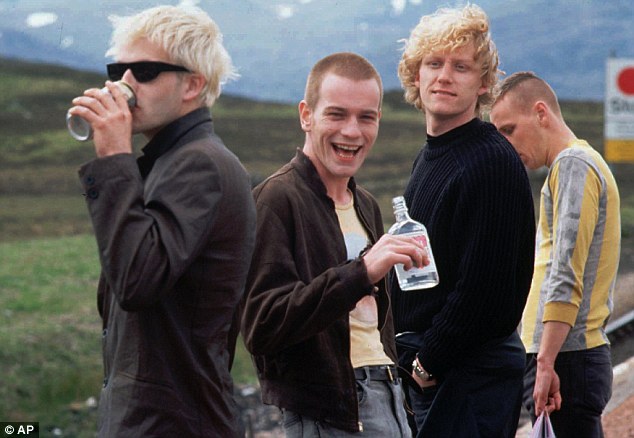