By Rory Keane for MailOnline

As the Copa America Centenario draws ever closer, Oscar Tabarez’s Uruguay squad have stepped up their preparations ahead of the eagerly-anticipated tournament.

Barcelona forward Suarez, who has netted 59 times in all competitions this season, suffered a hamstring injury during his side’s 2-0 victory against Sevilla during the Copa del Rey final. 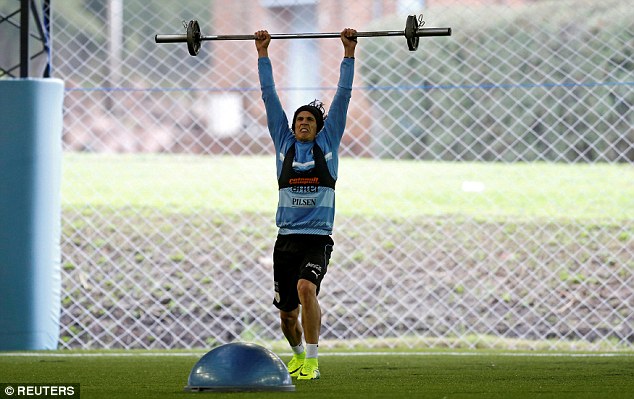 Cavani has had a mixed season with PSG, but is set to lead Uruguay’s attack in the Copa America 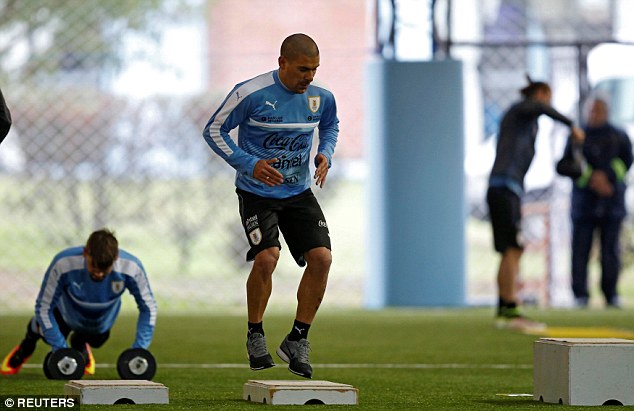 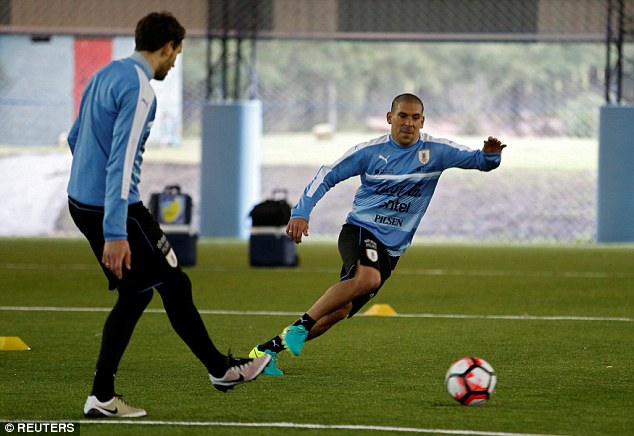 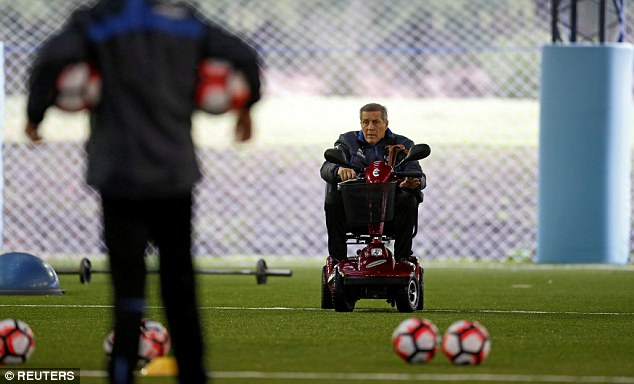 A hamstring injury normally take between three to six weeks to heal but the club said Suarez still planned to join the Uruguay squad on June 1 to continue with the second phase of his treatment.

Suarez, who is Uruguay’s all-time record scorer with 45 goals in 85 games, had been included in the 23-man squad for next month’s centenary edition of football’s oldest continental tournament in which he has not played for five years.

Saurez left the field at the Vicente Calderon in tears after pulling up with the injury with his participation in the June showpiece a major doubt.

Despite a difficult season with PSG, Cavani – who played second fiddle to Zlatan Ibrahimovic during most of their campaign, is set to spearhead his country’s attack in a pool containing Mexico, Jamaica and Venezuela. 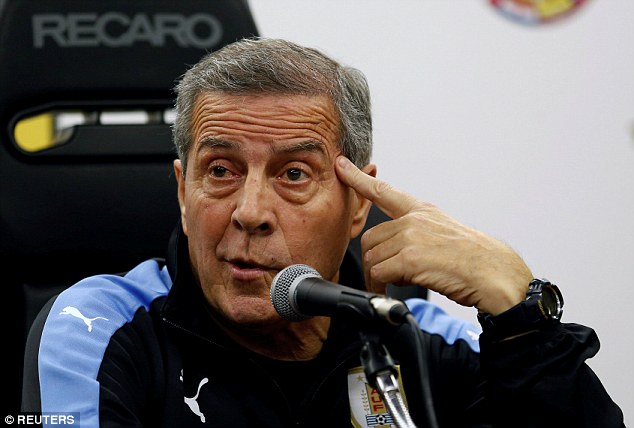 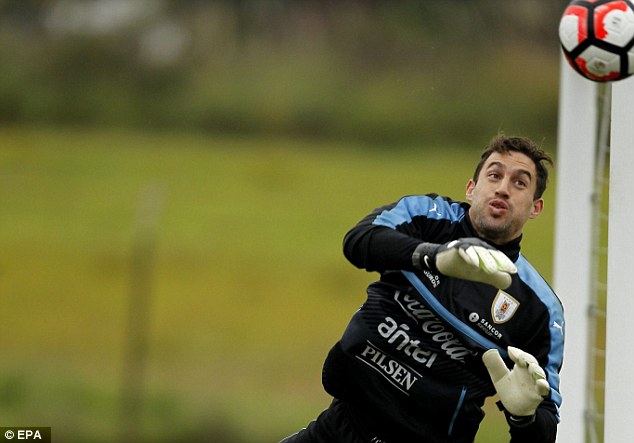 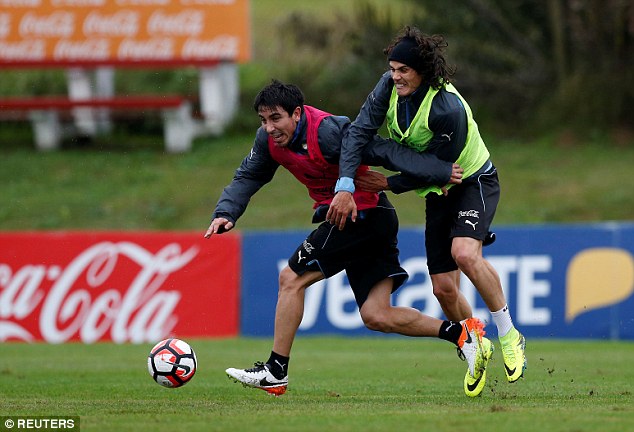 With a side containing stellar names such as Atletico Madrid pair Diego Godin and Jose Gimenez as well as Maxi Pereira, Uruguay, who have secured 15 Copa America titles, will be looking to follow up their last tournament triumph in 2011.

Uruguay begin their Copa America campaign against Mexico at the University of Phoenix Stadium in Arizona on June 6. 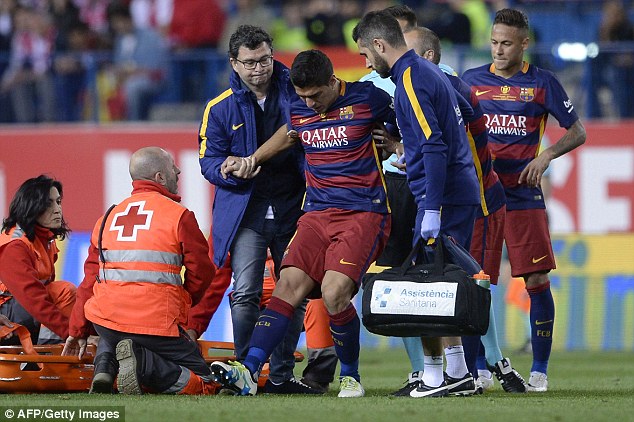