‘The most revolting form of living creatures I’ve ever seen’: Edward VIII’s racist letters comparing Australian Aboriginal people to ‘monkeys’ are revealed in a new documentary

King Edward VIII penned racist letters about Aboriginals, calling them ‘revolting’ and comparing them to monkeys, a new documentary will reveal.

The Crown and Us: The Story of The Royals in Australia, due to air on ABC, will also shed new light on a torrid affair between a married woman and George VI, the Queen’s father.

In letters obtained by filmmakers the future King Edward, who was known as David, expressed obvious disdain for Indigenous people during a 1920 visit to Australia,   The Australian reported.

‘They showed us some of the native Aborigines at a wayside station in the great plain yesterday afternoon, though they are the most revolting form of living creatures I’ve ever seen,’ he wrote to English socialite Freda Dudley Ward. 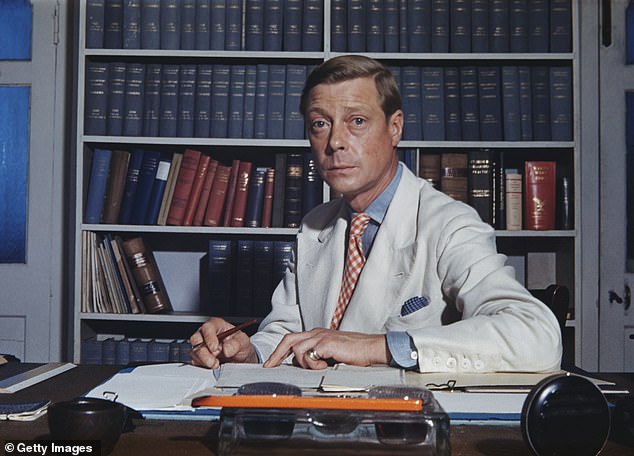 A new documentary titled The Crown and Us: The Story of The Royals in Australia, set to air on March 3, will shed new light on the royals (pictured while Governor of the Bahamas in 1940s)

‘They are the lowest known form of human beings & are the nearest thing to monkeys I’ve ever seen.’

There are 10 letters in total, which were purchased by the State Library of NSW in 2006.

The letters also reveal a ‘torrid romance’ between the Queen’s father George VI and Australian Shelia Chisholm before he was king.

‘Confetti is appearing in great and unpleasant quantities, and the touching mania has started, only owing to the heartening disposition of the Australians the touches are more like blows and HRH arrived half blinded and black and blue,’ he wrote in his diary of his arrival in Melbourne.

Other letters written to Freda Dudley Ward during his 1920 visit to Barbados shows a similar view to those he wrote while in Australia.

He reported the country as as being ‘ugly’ and he found the ‘coloured population’ to be ‘revolting’.

He also wrote of begrudgingly dancing with various women on the trip, all of whom he insisted had to be young and vetted by his friend, Louis Mountbatten.

Edward VIII, the eldest son of King George V and Queen Mary, would go on to become King of England in January of 1936.

But he abdicated in December of that year in order to marry American divorcee Wallis Simpson.

There are 10 letters in total, which were purchased by the State Library of NSW in 2006 (Edward VII pictured leaving for the 1920 visit to Australia)