Channel Seven announced on Friday that veteran broadcaster Melissa Doyle, 50, is leaving the network after 25 years of service.

And that same day, her Seven colleague Edwina Bartholomew shared a heartfelt tribute to the former Sunrise host on Instagram.

The 37-year-old Sunrise presenter explained that she met Melissa when she was just an intern and thanked her for her ‘guidance’ and ‘support’ over the years.

Touching tribute: Edwina Bartholomew (front) shared a heartfelt tribute to Melissa Doyle (back left) on Instagram on Friday, following her shock departure from the network

‘I met Mel on my very first day at @channel7 way, way back in 2004. It was before I actually had a job and was merely an intern at @sunriseon7,’ Edwina wrote.

‘She has always been so supportive and ready with advice and guidance. From making her coffee and producing her segments to eventually sharing a screen for Presidential visits, Royal weddings and some ridiculous Sunrise adventures, Mel was always calm and collected, generous on air and off.’

Accompanying the sweet post was a throwback picture of Edwina and Melissa at a Women in Media mentoring event in 2016. 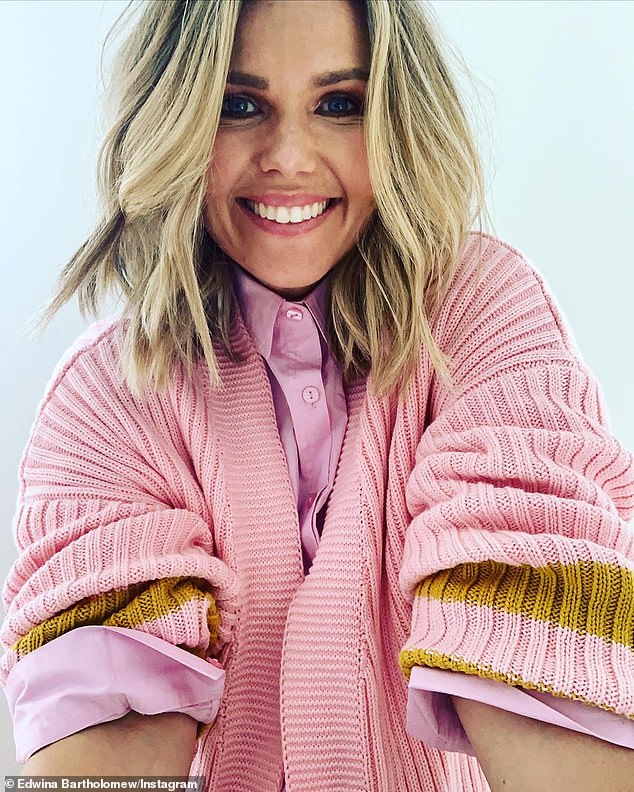 First meeting: The Sunrise presenter explained that she met Melissa when she was just an intern and thanked her for her ‘guidance’ and ‘support’

In the photo, the two women were beaming as they posed for a group photo with other attendees at the event, including media personality Jackie Frank.

Edwina signed off her post with well wishes for Melisa, writing:  ‘I can’t wait to follow your next adventure, friend. What a wonderful ride.’ 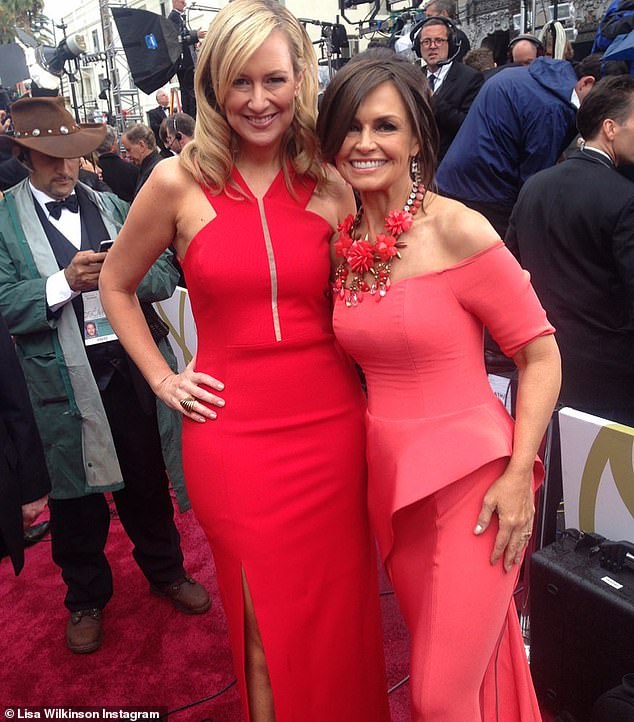 On Friday, Lisa called Melissa a ‘class act’ on Instagram.

‘So much admiration for you Melissa Doyle. After 25 hugely successful years at Channel Seven, you are, as always, a class act with your news today,’ Lisa, 60, captioned the picture.

‘When I left Sunrise to join The Today Show you were the very first to wish me well,’ she added. ‘And so much of how I approached that role was from watching you.’ 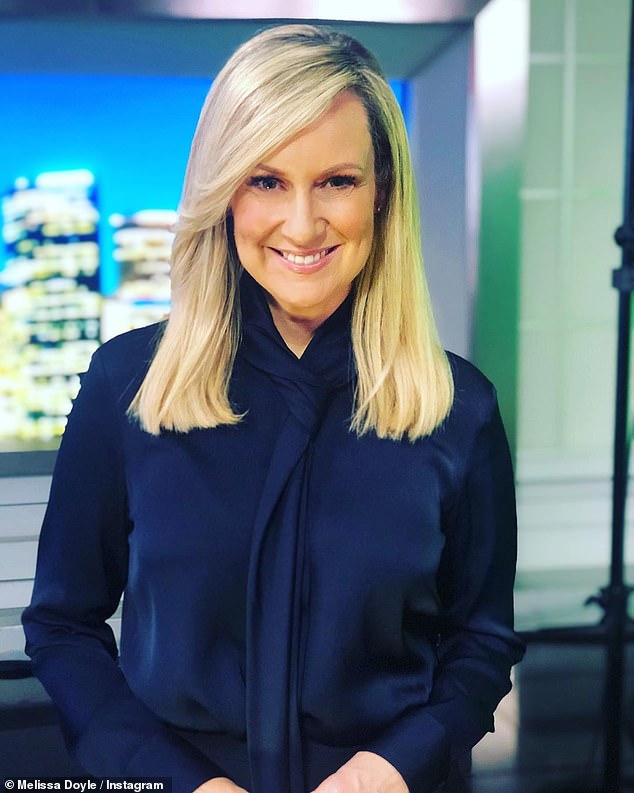 End of an era: Channel Seven announced on Friday that veteran broadcaster Melissa has left the network after 25 years of service

Melissa’s departure from Seven is believed to be the result of the economic downturn caused by the COVID-19 pandemic, which has hit the network hard.

The former Sunday Night host said in a statement: ‘For 25 years, I have called Channel Seven home. I’ve had the privilege to share stories that mattered, meet incredible people and be there for significant moments in history.’

She continued: ‘I am incredibly proud of the work I have done and appreciative of the trust and warmth our viewers have shown me.

‘I want to thank the consummate professionals I have worked with along the way, in particular our chairman Kerry Stokes for his constant support.’ 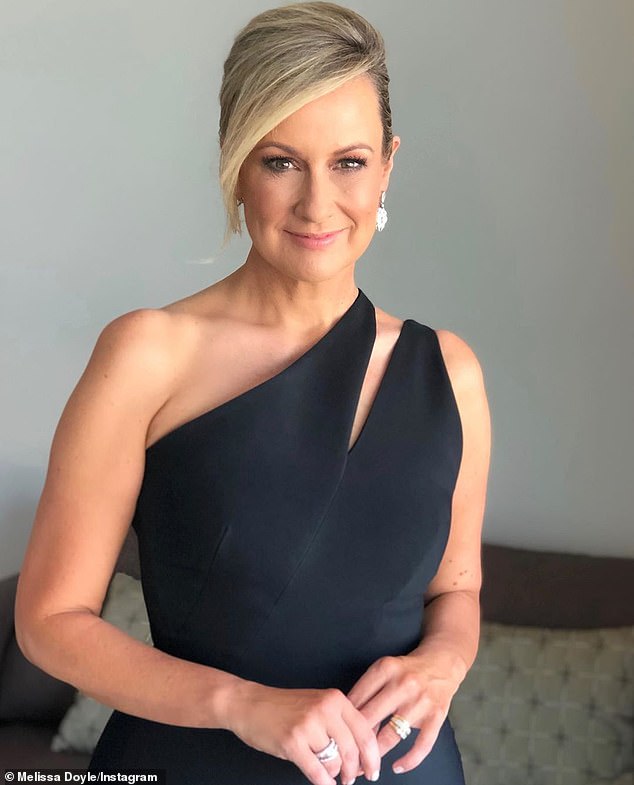 Tough times: Her departure is believed to be the result of the economic downturn caused by the COVID-19 pandemic, which has hit Seven particularly hard

She concluded: ‘I leave Seven with a great deal of pride, satisfaction and gratitude.’

Melissa first joined Seven’s Canberra bureau as a political reporter back in 1995.

She moved to Sydney, working as a newsreader on the network’s 11AM program.

Melissa was one of Sunrise’s first hosts, before the breakfast show was temporarily axed in 1999 and brought back the following year.

She rejoined the program in 2002, and also hosted a string of other shows for the network, including Today Tonight.

The mother-of-two announced she was leaving Sunrise in June 2013, departing in August that same year.

Melissa remained with the network, however, presenting Seven Afternoon News and Seven News at 7.

In 2015, she was announced as host and senior correspondent for Sunday Night, but the current affairs show was cancelled in October last year as a cost-cutting measure. 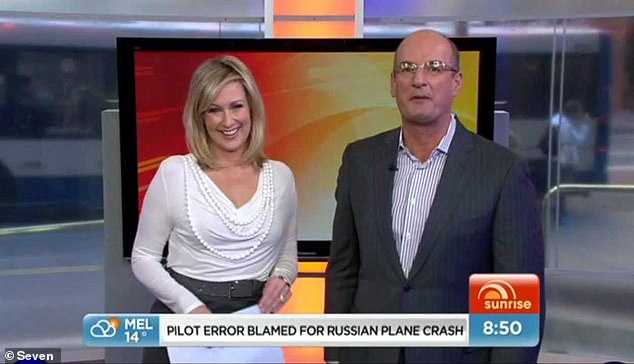 Pioneer: Melissa was one of Sunrise’s first hosts, before the breakfast show was temporarily axed in 1999 and brought back the following year. Pictured alongside co-host David Koch