The Melbourne Storm and the Parramatta Eels traded blows in a seesaw affair at AAMI Park on Saturday and hits didn’t come much bigger than the one Waqa Blake delivered on Ryan Papenhuyzen.

With the score tied at 6-6 late in the first half, the Eels centre received the ball on the wing and absolutely steamrolled the Storm fullback to score in the corner.

Papenhuyzen attempted to tackle Blake, only to end up flat on his back, a sight which prompted Fox Sport analyst Michael Ennis to say the collision was ‘like watching a car crash’.

Parramatta’s lead didn’t last long, as Nick Meaney scored four minutes later to level the score before the break and bagged his brace early in the second half when he chased a long-range chip from Cameron Munster.

A pair of tries courtesy of Tom Opacic and Ray Stone put the Eels in front with just 10 minutes left, before Papenhuyzen redeemed himself by scoring a try and converting it to level the score at 24-24.

The Eels, however, were not to be denied a second win this season and snatched the points as Stone scored his second try of the game in extra time. 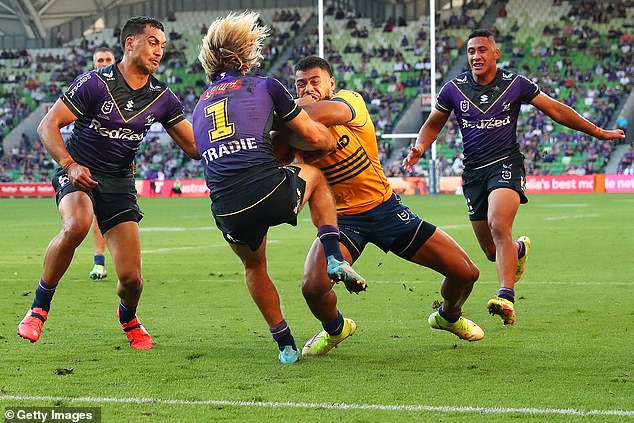 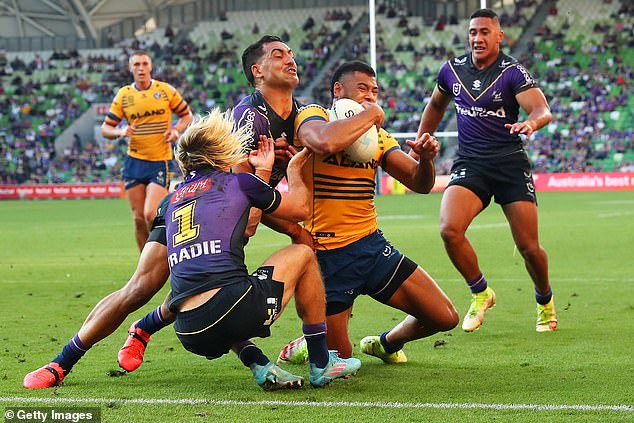 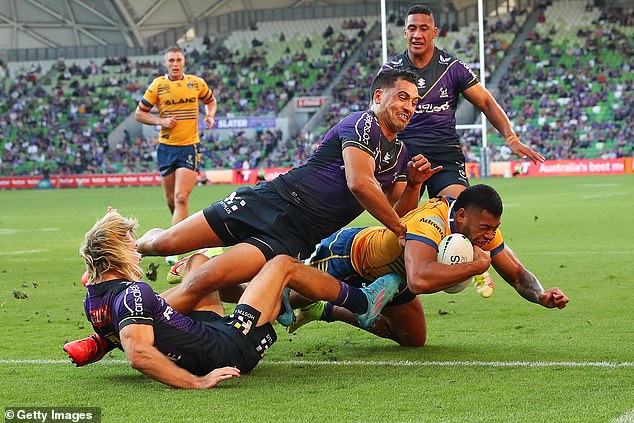 ‘Jeez, we make it hard on ourselves,’ Eels halfback Mitchell Moses said after the game.

Parramatta moved up to sixth in the ladder with the victory, a place behind the Storm who had won both of their opening matches.

Both teams are in action next Sunday, with Melbourne hosting the Bulldogs and the Eels welcoming St George Illawarra.