Colombian churchgoers have hit out after a restoration project left a statue of a saint looking like he was wearing make up.

Parishioners in Soledad voiced their discontent with work done to the statue of San Antonio de Padua, saying he looks too effeminate.

The wooden statue, carved in the 17th century, had been badly damaged over time so the church commissioned an artist to have it fixed and repainted. 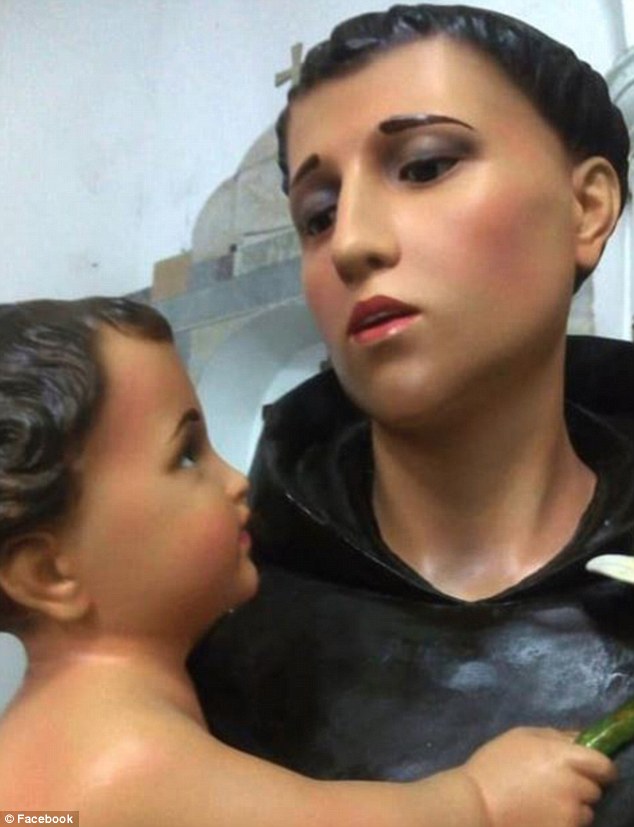 But the results have irked members of the religious community, who took to social media to complain about it.

‘He is no longer the same patron that I have prayed to for the last 12 years, they applied eye shadow, blush and even gloss on his lips, he looks effeminate,’ one parishioner told Radio Caracol.

Others said the makeover had turned San Antonio into ‘a saint of modern times, a transsexual saint’. 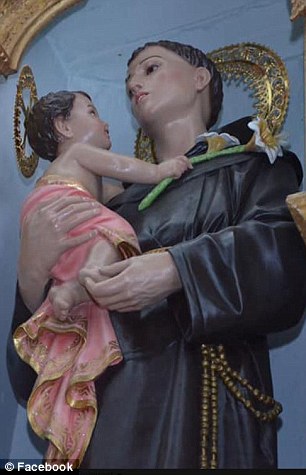 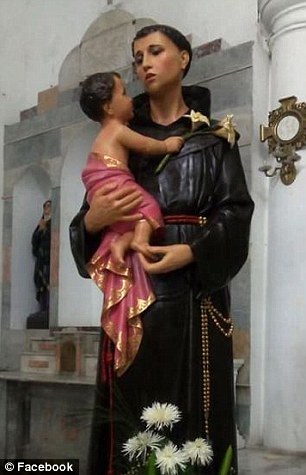 The wooden sculpture before (left) and (right) after its restoration. Parishioners have blasted the new paintwork 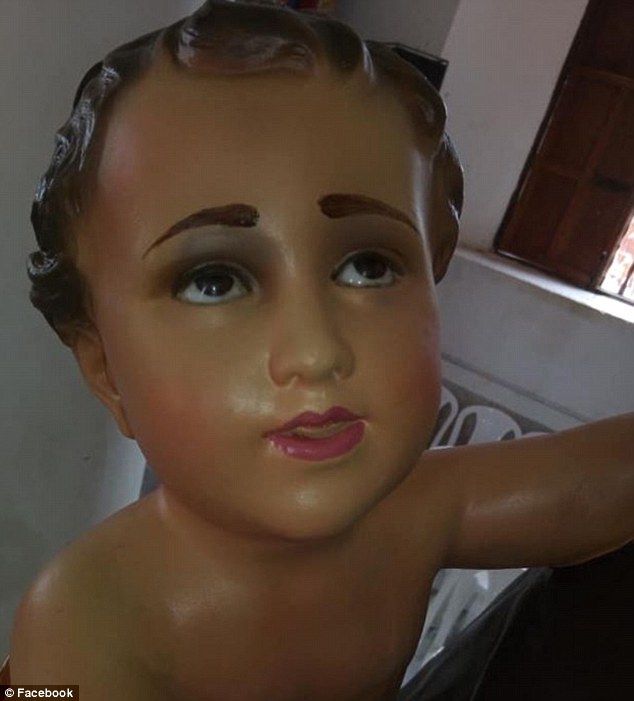 Even the child appears to have eye shadow and lipstick on. The restoration is thought to have cost just $328

The wooden sculpture sits in the town’s main church. The restoration is thought to have cost just $328.

A restoration expert from Soldad posted before and after images to Facebook to point out its flaws.

He claimed the job was botched because the artist didn’t use the ‘very specific’ techniques needed to paint an antique polychrome wood sculpture.