An Egyptian airport cafe worker has been arrested after allegedly groping a US passenger as she was coming out of the bathroom.

The passenger told officials that the worker groped her on Friday as she was coming out of the terminal bathroom before boarding a flight to Italy.

Sexual harassment is a widespread problem in Egypt. Polls have found that most men and women in the conservative Muslim country believe it is justified if women dress ‘provocatively’ in public.

In 2017, Cairo was named the ‘most dangerous’ city for women. Women are subjected to harassment on a daily basis, according to a Thomson Reuters report.

At the time, Egyptian journalist and women’s rights campaigner Shahira Amin told France 24: ‘Everything about the city is difficult for women. We see women struggling in all aspects.

‘Even a simple walk on the street, and they are subjected to harassment, whether verbal or even physical.’ 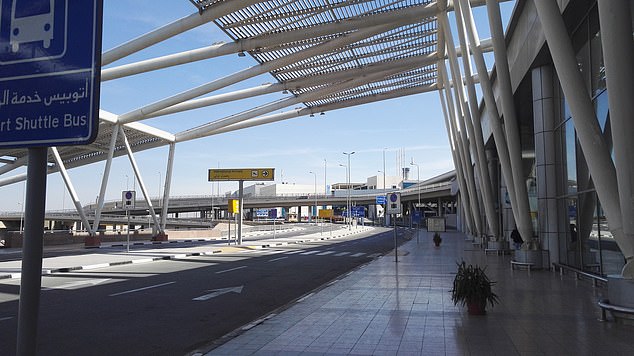 The report also found that Cairo was the third most dangerous megacity for women in terms of sexual violence or their ability to live without facing the risk of rape, sexual attacks or harassment.

A study conducted by the Egyptian Centre for Women’s Rights in 2008 found that 83 percent of women said they’d been sexually harassed, many of them daily, and 62 percent of men admitted to harassing women; advocates believe the percentage of women harassed is significantly higher.