Eight-month-old boy is first in California to be diagnosed with rare, genetic disorder with no cure

The parents of an eight-month-old boy are desperately searching for a treatment as he battle a rare, life-threatening disorder.

JT Borofka, of Salinas, California, was diagnosed in March with triosephosphate isomerase deficiency (TPI), genetic disease in which an enzyme doesn’t break down sugars in the body and there is a shortage of red blood cells to circulate oxygen.

Only around 50 other people in the world have been diagnosed with the condition, and there is no treatment or cure.

Doctors say that JT’s diagnosis means that he will likely not live past the age of five as his muscle weakens and he suffers from respiratory or heart failure.

JT Borofka, eight months, of Salinas, California, was healthy until a visit to the pediatrician in November 2018 at two months showed low levels of iron and oxygen in his blood. Pictured: JT with his parents, Jason and Tara 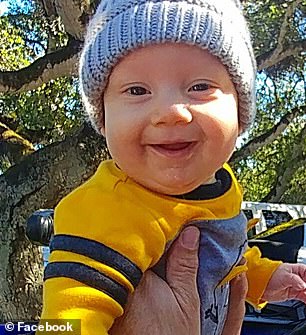 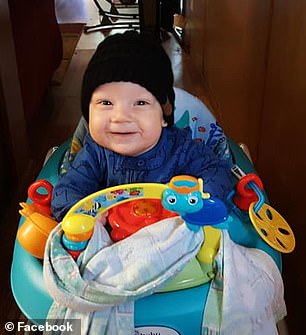 The infant underwent a blood transfusion at Stanford Children’s Hospital and months of testing. In March, JT (left and right) was diagnosed with triosephosphate isomerase deficiency

JT’s parents, Jason and Tara, told DailyMail.com that Tara’s pregnancy was normal with no complications and that nothing seemed wrong until a visit to the pediatrician in November 2018.

‘During his two-month-checkup, the pediatrician said he looked a little pale so she recommended a blood test,’ Jason said,

JT’s iron and oxygen levels were low, so the doctor recommended that his parents go to Stanford Children’s Hospital.

Doctors from the hematology division performed blood work and, a week later, recommended that JT immediately undergo a blood transfusion.

‘When we started going back up there [for weekly appointments], they told us he could outgrow the low iron levels,’ said Tara.

‘They said they see it happen sometimes in babies. But, by the time December, January comes around and he didn’t outgrow it, that’s when they recommended a gene panel.’

The gene panel, which analyzes specific mutations, was performed in January, and the results came back in March: JT had triosephosphate isomerase deficiency (TPI).

TPI is characterized by a lack of activity of triosephosphate isomerase, an enzyme that breaks down certain sugars in the body, and hemolytic anemia, which is a premature breakdown of red blood cells.

This shortage of red blood cells, which cannot carry enough oxygen, throughout the body leads to fatigue, jaundice and shortness of breath.

By age two, many will suffer from with movement problems, intellectual disability, muscle weakness and poor heart function.

People with TPI also are more susceptible to infections because their white blood cells do not recognize or attack invading viruses and bacteria.

Most of those with the condition die in childhood due to respiratory failure, according to the National Organization for Rare Disorders. 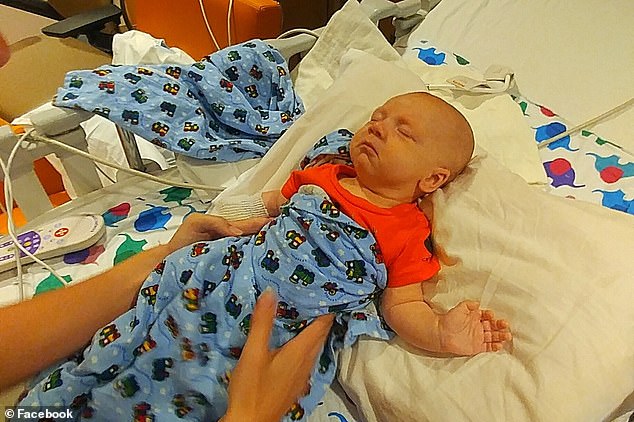 TPI is a rare genetic disease characterized by an enzyme not breaking down sugars in the body and a shortage of red blood cells. Pictured: JT in the hospital 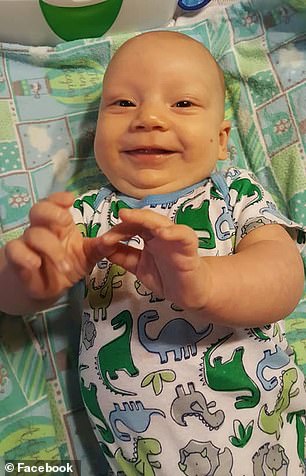 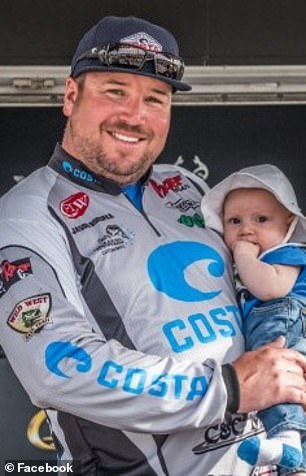 Sufferers experience neurological disabilities and often die in childhood of respiratory or heart failure. JT is one of approximately 50 people diagnosed in the world and the first in the state of California. Pictured: JT, left, and with his father, right

Between 30 and 50 cases have been documented in medical literature. JT is the first known person with the disease in the state of California.

‘When we went in for the meeting, we noticed a social worker with them and I knew right then something was wrong.

‘When we didn’t find much literature on it, that’s when we realized how rare it is.’

Doctors said that, once the neurological symptoms kick in, life expectancy could be between two and five years.

JT is currently being treated at Stanford Children’s, where he receives weekly blood tests to monitor his levels of hemoglobin, the protein molecule in red blood cells that circulate oxygen throughout the body.

His parents say that the levels are a bit low, but not enough for a blood transfusion.

JT’s team of doctors is currently treating him with two experimental vitamin supplements that cost around $450-a-month that are meant to combat oxidative stress – which aren’t covered by insurance.

Oxidative stress is an imbalance between the production of free radicals (unstable molecules) and the ability of the body to counteract their harmful effects. 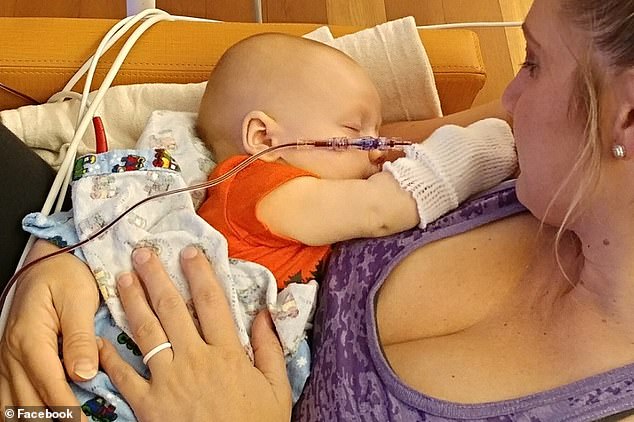 Currently, JT is being treated at Stanford Children’s, where he weekly receives blood tests to monitor his levels of hemoglobin and is being given experimental vitamin supplements 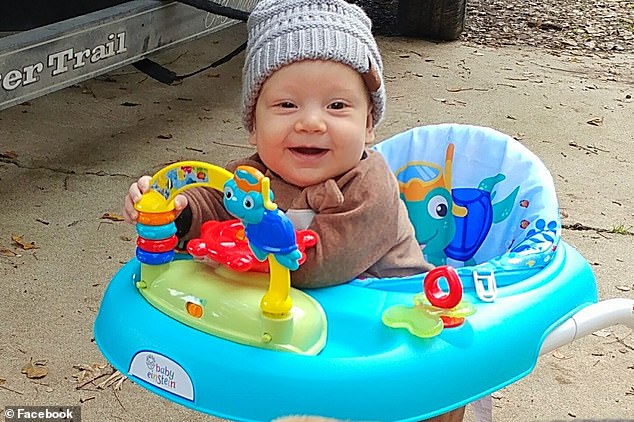 JT (pictured) is among the first to be diagnosed with the disease before the neurological symptoms begin, which leaves his parents hopeful that they have a head start on finding a cure

His doctors are also soon placing him on a Ketogenic diet, which is a low-carb, high-fat diet, to see if this improves his levels of oxygen and iron.

‘I asked the doctors: “How will you know it will be working?”‘ Jason said. ‘They said: “We don’t, but we have no other treatments as of right now”.’

JT is among the first to be diagnosed with the disease before the neurological symptoms begin, giving doctors a head start on treating symptoms before they emerge.

The Borofkas have set up a website, Save JT, to document his progress and a GoFundMe page to help raise funds for medical research and cover JT’s medical expenses and treatments.

Jason and Tara say they hope that JT’s medical journey will raise awareness about TPI and, hopefully, result in a treatment or a cure.

‘By sharing the story, I’m hoping the word is spread and somebody knows somebody in the medical field that will lead us to finding a cure or a treatment,’ Jason said.

‘Our goal is to spread awareness and make JT a really big deal because if more research is done, more treatments can be found.’