Eight schools have been closed in one city in northern France after a child tested positive for coronavirus.

Seven public schools and one private institution were shuttered in the city of Roubaix, on the Belgian border, on Monday morning.

It comes after a child in a reception class – which went back to school last week – was confirmed to be carrying the virus.

Around 70 cases have been detected in French school since lessons resumed for younger pupils last week.

The schools were closed ‘as a precaution’ while investigators try to determine who the child has been in contact with, local officials said.

It was initially reported that seven schools had closed, but local outlet La Voix du Nord later said an eighth had also shuttered.

Authorities said that most of the affected schools will be able to reopen by May 25.

France is pushing ahead with moves to reopen public schools despite widespread concern from parents that their children cannot be adequately protected.

Some 40,000 nursery and kindergarten schools were allowed to reopen last week, though attendance was not mandatory.

About a third of pupils – or 1.4million children – are though to have attended classes, with the rest continuing to learn from home. 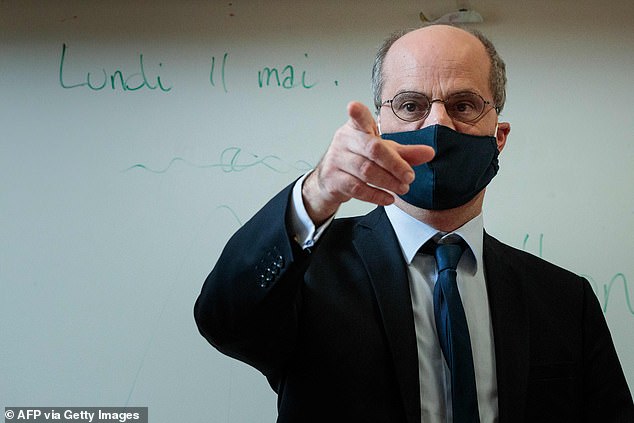 French Education Minister Jean-Michel Blanquer said that 70 cases of the virus have been detected in schools since 40,000 reopened last week, with all affected institutions closed 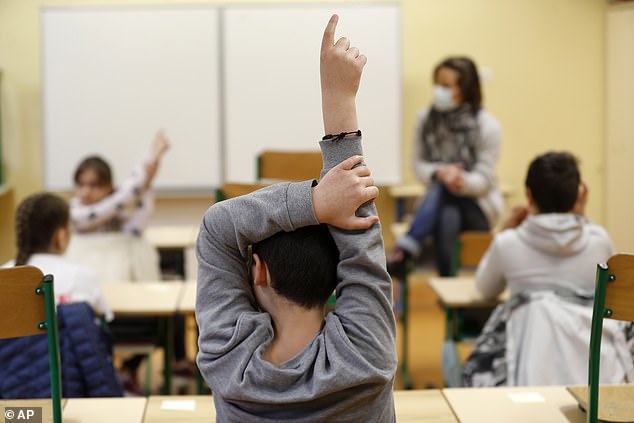 France reopened nurseries and kindergartens last week and pushed ahead with reopening junior schools on Monday, though attendance is not mandatory (file image)

This week is is the turn of junior schools located in ‘green’ departments, which have been deemed less at risk from the virus.

French Education minister Jean-Michel Blanquer said around 70 cases of coronavirus have so far been detected in schools that have resumed lessons.

All of the affected institutions have been closed, he said, without giving further details.

School closures have been identified in regions including Mayenne, Finistère, Cantal, Haute-Garonne, Indre-et-Loire, Hérault and Nice.

Given that the incubation period for the virus is several days, people are ‘likely’ to have been infected before the reopening of the schools, he said, speaking on French radio RTL on Monday.

‘Almost every time these are cases that arise outside of school,’ he said, adding that finding cases in schools was ‘inevitable’ but only happened in a minority of places.