EIGHT THINGS YOU MISSED FROM THE CHAMPIONS LEAGUE

The Amsterdam-based club were 2-0 up at half-time thanks to goals from Matthijs De Ligt and Hakim Ziyech, but Lucas Moura scored a brilliant hat-trick – finished off in the 96th minute – to send Spurs through.

Here, Sportsmail takes a look at all the things you may have missed from Thursday’s Champions League semi-final.

Tottenham have the last laugh

Lucas Moura’s 96th minute winner sent Tottenham fans delirious in London and in Amsterdam, as Spurs had the last laugh in their Champions League semi-final.

And to affirm that chortle was comedian Michael McIntyre, who was spotted with his two sons among the travelling contingent at full-time.

The Spurs-mad family reflected the emotions of every Tottenham supporter with wild smiles and erratic gesticulating and clapping.

For Ajax, it’s safe to say this brutal evening was no laughing matter. 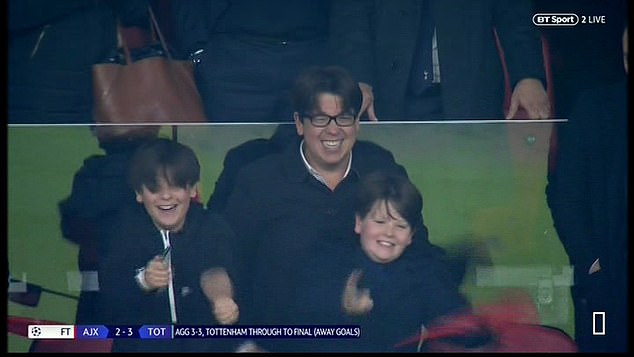 As the tension ratcheted up before kick-off, Ajax supporters knew exactly what to do to shake off their pre-match jitters.

Just like their players on the field, fans in the stands of the Johan Cruyff Arena set about their own warm-up routines.

Flares were lit and songs were sung as the home fans bounced their way onto the terraces before kick-off.

The warm-up certainly had a desired effect – as the fans continued their deafening din throughout the 90 minutes. 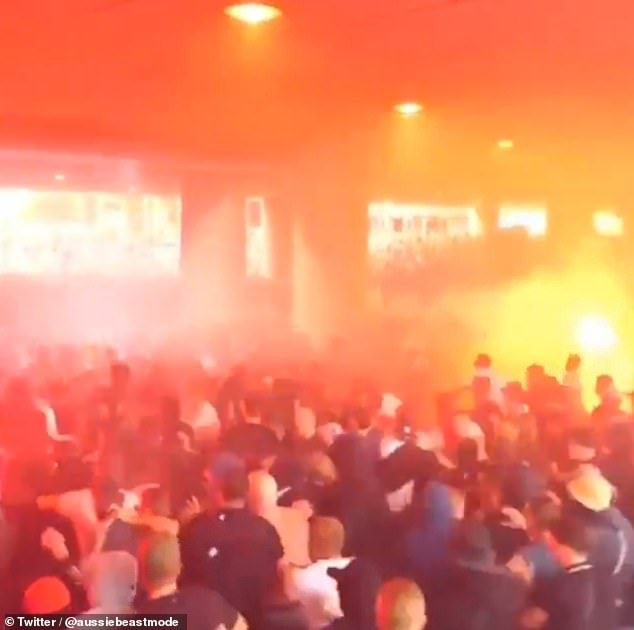 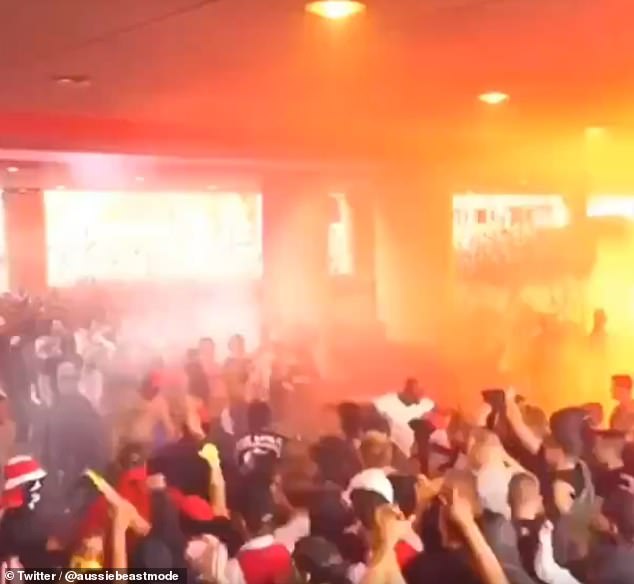 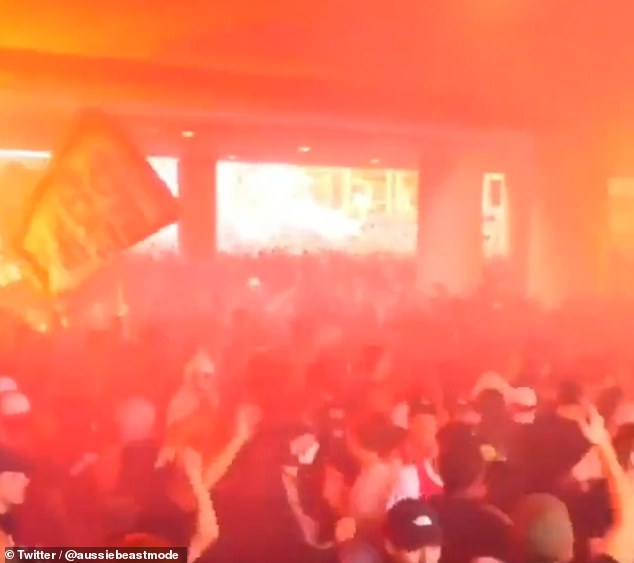 The holy month of Ramadan poses many challenge for professional footballers who are Muslim, and that proved to be no different for Hakim Ziyech and Noussair Mazraoui.

The duo are fasting for Ramadan and are likely to have not consumed any food or water since sunrise.

When the sun finally set 24 minutes into the match, they were able to finally refuel and they took advantage by consuming energy sachets.

And it certainly gave them a boost; Mazraoui went on to run Danny Rose ragged with his overlapping runs, while Ziyech scored a brilliant left-footed drive to open up a 2-0 lead for Ajax. 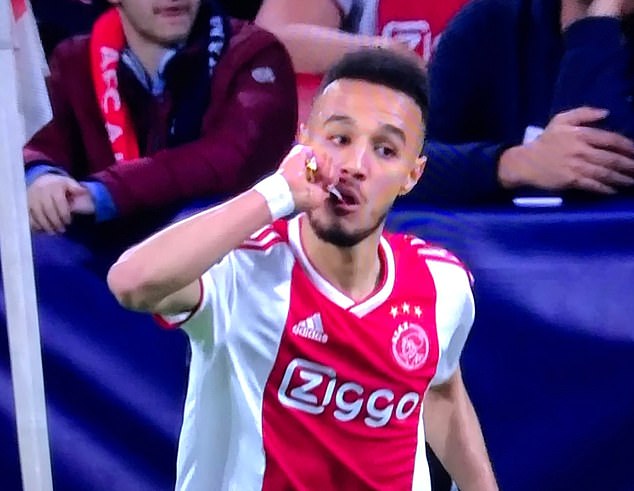 The Moroccan international lashed home a Dusan Tadic cutback in the 35th minute, a shot that gave Tottenham goalkeeper Hugo Lloris no chance.

The 26-year-old has been pivotal to the Dutch club in this year’s Champions League. His goal was the fifth in which he has been directly involved in the knockout stages.

That total puts him in esteemed company, as the only player to have been involved in more is an already-eliminated Lionel Messi (eight). 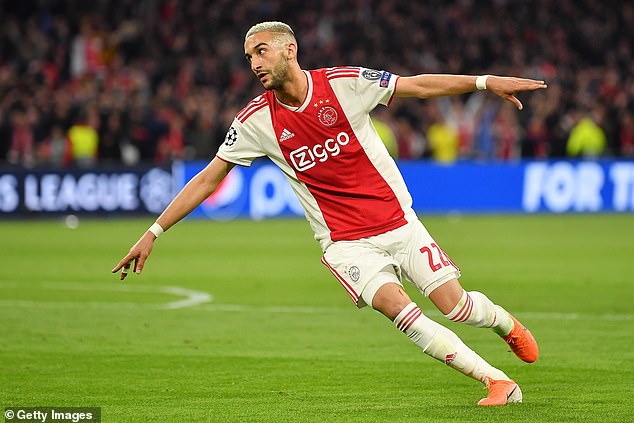 At half time, everything was right in the world for Ajax and their supporters.

They were 2-0 up, 3-0 on aggregate, and over the tannoys at the Johan Cruyff Arena came Bob Marley’s classic ‘Everything’s gonna be alright’.

And singing along was 1995 Champions League hero Patrick Kluivert, who couldn’t resist joining in.

The song proved an errant portent, however, as the second half proved to be a far more tense experience for the home support. 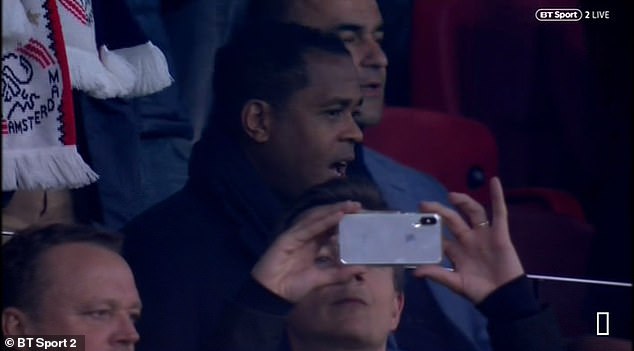 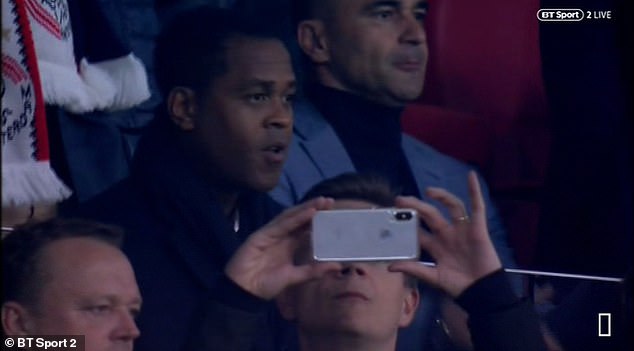 With Ajax leading 2-0, it seemed the perfect moment to play Bob Marley’s ‘Everything’s gonna be alright’ 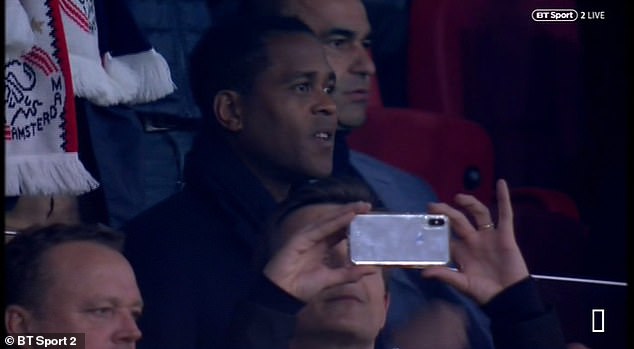 Matthijs De Ligt is wanted by a plethora of elite clubs and he may well have added another nought to his price tag with his early goal on Wednesday.

The imposing centre-half slipped past marker Kieran Trippier to power home the opening goal, a moment that etched his name into Champions League history.

The 19-year-old became the sixth teenager in history to score in a Champions League semi-final or final, joining Kylian Mbappe when at Monaco in 2017, Carlos Alberto of Porto that same year and Obafemi Martins at Inter in 2004.

He is the third Ajax star to achieve the feat, joining Nordin Wooter from 2003, and a certain Patrick Kluivert from their European winning side in 1995. 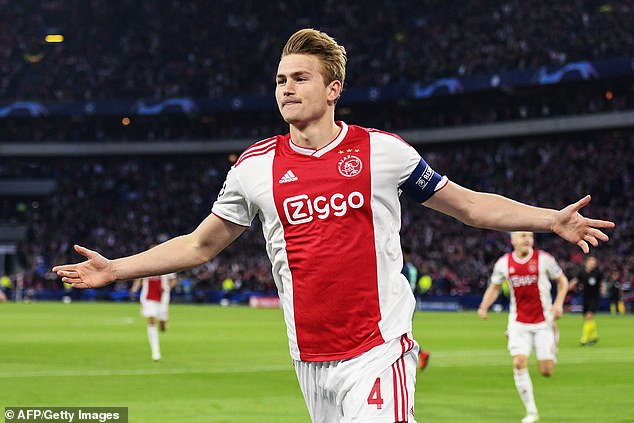 He may have opened the scoring but De Ligt was left wincing by Danny Rose in the build-up to Tottenham’s first goal of the tie.

The England full-back pulled off a brilliant nutmeg on the defender, who was caught out of position as Lucas Moura bore down on goal.

Moura’s goal changed the game as Tottenham threw bodies forward as they sought to pull off what appeared impossible at half-time. 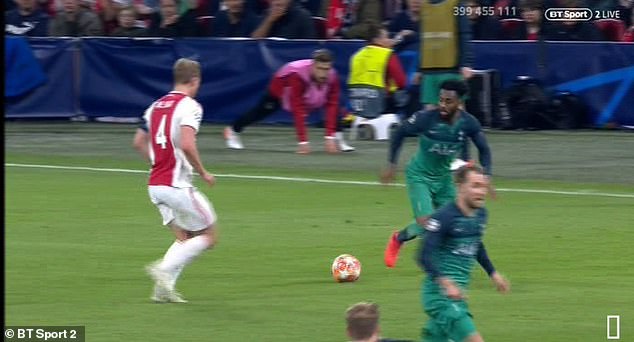 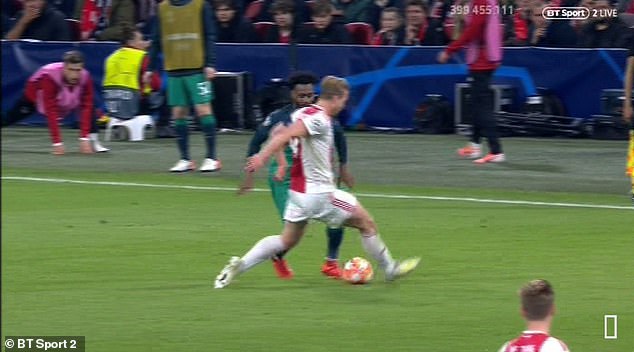 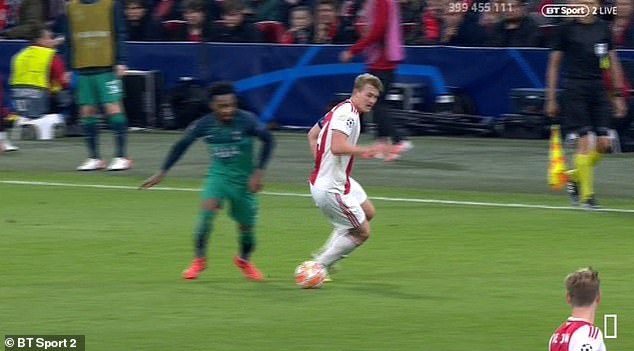 Rose laid the ball off to trigger a breakaway, which culminated in Moura finding the net

Moura went on to level the scores on the night but his goal overshadowed a moment of stupendous brilliance from Ajax goalkeeper Andre Onana.

As Kieran Trippier fired the ball into the penalty area, it looked for all the world that Fernando Llorente would score.

He connected well enough with the ball, but somehow, from two yards out, Onana managed to block his shot with his right hand.

Agonisingly for the Ajax stopper, he couldn’t retrieve the ball, and following some quick feet from Moura, the ball was in the back of his net. 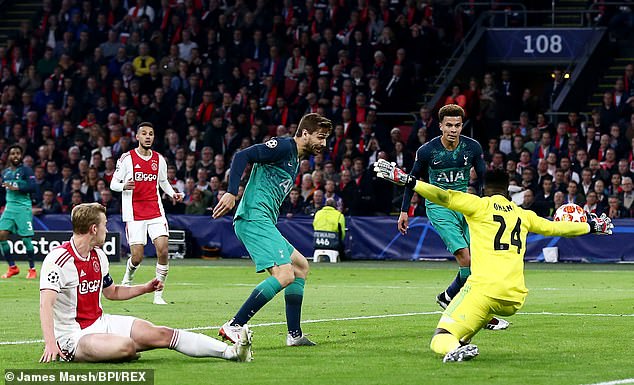