A grief-stricken mother told yesterday how she woke up to find her eight-week-old daughter dead from sepsis – hours after being ‘fobbed off’ by an out-of-hours doctor.

Emma George, 24, had taken Felicity to a hospital urgent care centre after the baby, who had been born premature, had a temperature, was not feeding and was becoming difficult to rouse.

But Mrs George described how the ‘patronising’ doctor conducted a cursory examination before sending mother and daughter home, adding: ‘You look like a sensible mother, if she gets any worse bring her back tomorrow.’

Within 12 hours Mrs George and her husband Lee, 29, an HGV driver, woke to find their daughter had stopped breathing.

She was taken back to Russells Hall Hospital in Dudley, West Midlands, but nothing could be done to revive her.

A post-mortem examination revealed the infant had died of sepsis, caused by pneumonia.

Mrs George, who found out she had been pregnant with the baby while on honeymoon, said she was speaking out to ensure ‘no other parents go through the same ordeal’.

She added: ‘A mother’s intuition is key – the doctor is not always right. People need to trust their instincts.

‘I knew there was something wrong with Fliss but the doctor was horrible.

‘He looked at her and took her temperature but did no other checks. 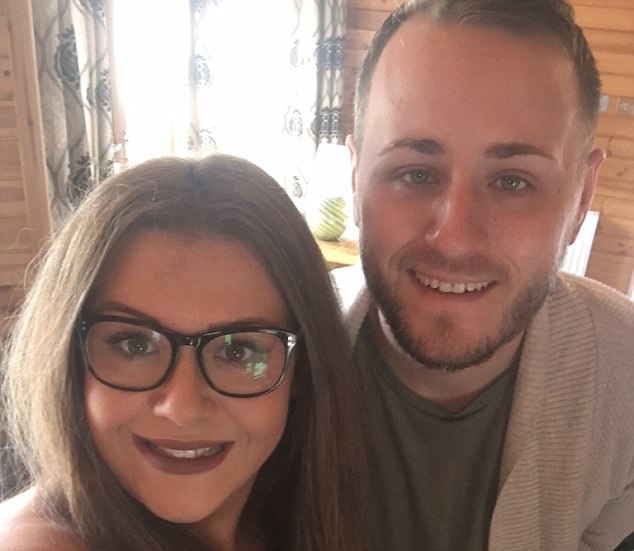 ‘He told me there was a six-hour wait at A&E and said, “You look like a sensible mother, if she gets any worse bring her back tomorrow”.

‘I trusted the doctor and took my daughter home, where we carried on her normal routine. But when we woke up the next morning, our world shattered.

‘She had turned blue and wasn’t breathing. We called an ambulance and they took her to hospital, where they did all they could, but she was gone.

‘I have never felt so lost and broken in my life.’

The couple, who believe Felicity could have been saved if more physical checks were carried out by the medic, have lodged a complaint with Dudley Clinical Commissioning Group (CCG), which is being investigated. Mrs George, of Brierley Hill, West Midlands, added: ‘I don’t want any other families to be fobbed off like we were.’

The Georges met three and a half years ago, when each already had a son, now aged seven and four. They went on to have another boy together, and said Felicity made their lives complete.

In January, when his wife was five months pregnant with their daughter, Mr George had a vasectomy.

Mrs George said that although they would like to try for another baby, ‘not to replace Felicity but to mend our broken family’, an application to have the vasectomy reversed has been rejected.

The couple have lodged an appeal and have also contacted Dudley South MP Mike Wood, who has also written to Dudley CCG, to request that ‘in the light of the very exceptional and unique circumstances, the decision for the NHS not to fund the reverse of the vasectomy is reconsidered’. 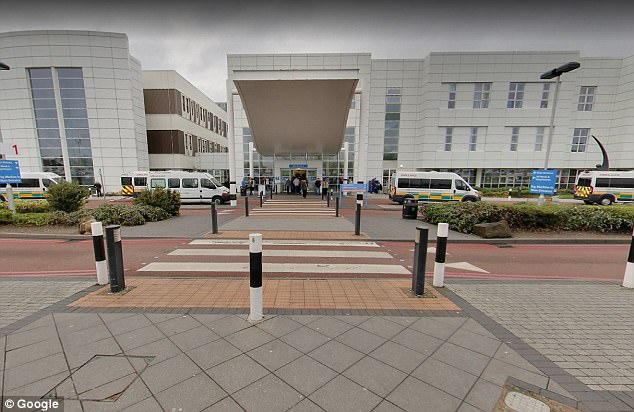 The baby was taken back to Russells Hall Hospital in Dudley, West Midlands, but nothing could be done to revive her

But despite the support from their MP, the couple are ‘less than hopeful’ that their appeal will be successful. They have now started a JustGiving page to raise £3,500 to fund the operation.

Sepsis and septic shock can result from an infection anywhere in the body. The lungs, urinary tract, abdomen and pelvis are the most common sites of infection leading to sepsis.

The Daily Mail’s End The Sepsis Scandal campaign has raised awareness of the illness, which affects 150,000 people in the UK each year. Around one third of those who develop sepsis die.

Laura Broster, director of communication and public insight at Dudley CCG, said: ‘We would like to offer our condolences to Mrs George and her family.

‘The complaints raised by the family are currently being investigated by Dudley CCG on behalf of the family and it would not be appropriate for us to comment any further.’