Joaquín ‘El Chapo’ Guzmán might be serving a life sentence – plus 30 more years – at a super maximum security facility but his legend remains alive in the drugs trade.

Federal authorities raided a New York City home Wednesday – just hours after the infamous drugs lord found out his fate in a Brooklyn court – and confiscated $5 million worth of heroin and branding stamps that featured El Chapo’s likeness.

The drugs – three kilos in all – were destined to be distributed in the Northeast and the Big Apple. 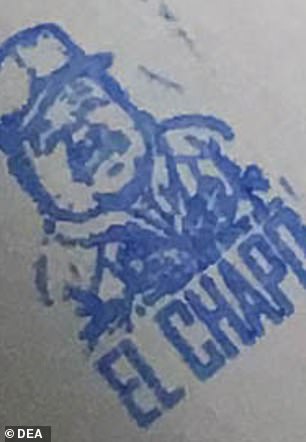 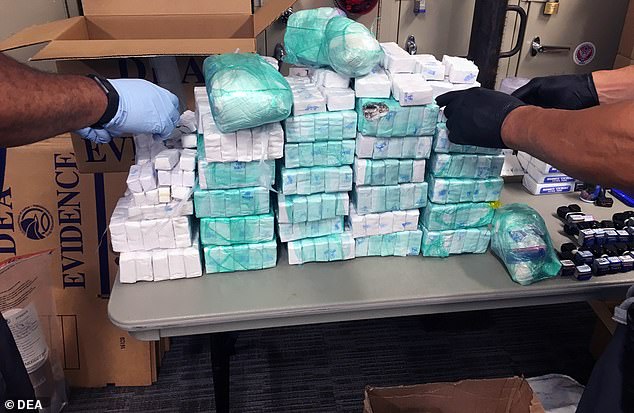 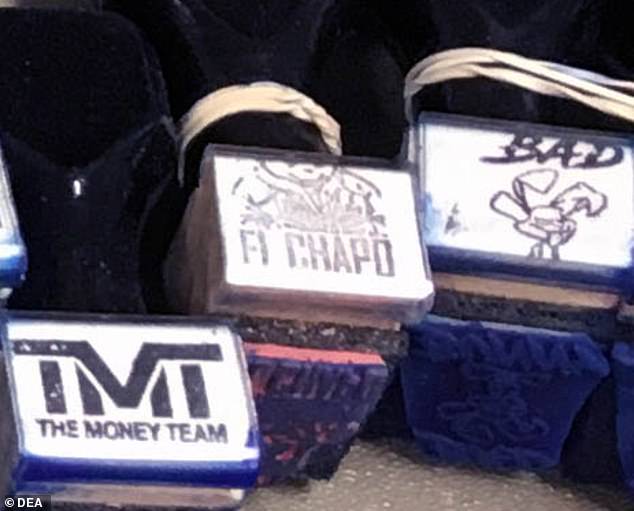 El Chapo’s likeness (middle) was affixed to a series of stamps that drug dealers were using to separate the heroin they were intending to sell. Branding stamps with the names and logos of TMT, Floyd Mayweather Jr.’s company (left); the Yankees; Hello Kitty; Dunkin Donuts; Apple and the NBA, among others.

On Tuesday evening, agents were observing a parked vehicle with Massachusetts license plates and saw Carmona-Ilarraza place a bag inside the vehicle. The car was then stopped and investigators discovered 70,000 individually packaged envelopes containing heroin.

The following afternoon, after news of El Chapo’s sentencing broke, Medina-Hidalgo was seen coming out of the same building and giving Lora-Grullon a briefcase.

Lora-Grullon then drove off and was stopped a short while later by agents, who found 17,000 individually packaged envelopes of heroin inside the suitcase in the trunk.

A few minutes after he was busted, agents executed a search warrant at an apartment inside the building where Medina-Hidalgo came out from and came across a makeshift factory with 170,000 clear envelops filled with heroin and equipment used to process the drugs.

Aside from the El Chapo stamps, agents also found branding stamps with the names and logos of TMT, Floyd Mayweather Jr.’s company; the Yankees; Hello Kitty; Dunkin Donuts; Apple and the NBA, among others.

Another stamp had the inscription of ‘Exit 4,’ which the DEA said was ‘significant because it is the exit off the Massachusetts Turnpike destined to Springfield, MA where one of the defendants’ resides. 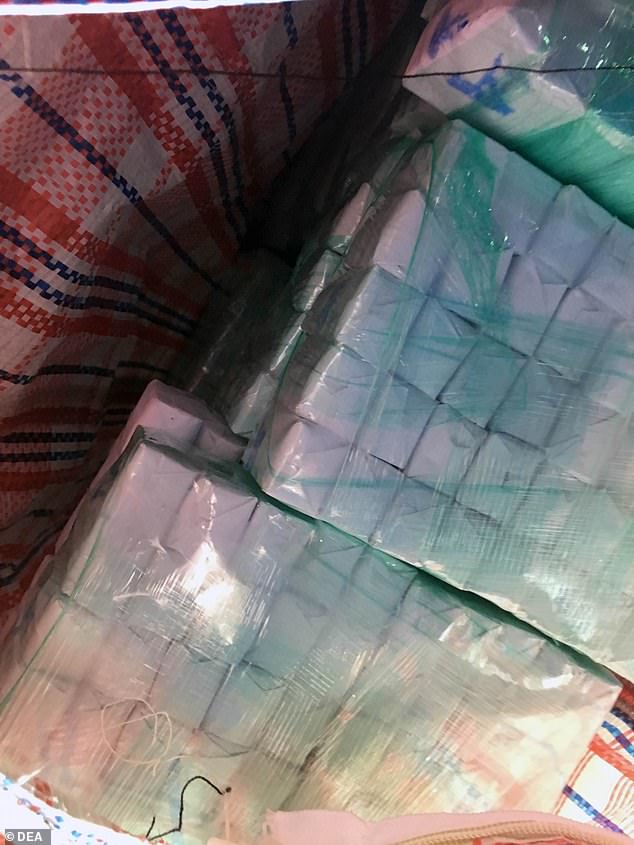 The DEA confiscated $5million worth of heroin during a drug sting Wednesday. The illegal substance was to be distributed in the Northeast and New York City 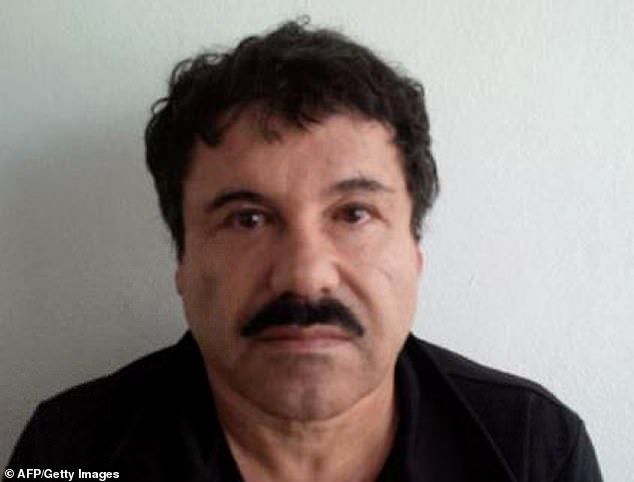 Joaquín ‘El Chapo’ Guzmán, who is serving a life sentence – plus 30 more years – at a super maximum security facility in Colorado, had his likeness affixed to a stamp that was used to separate heroin packages