Joaquin ‘El Chapo’ Guzman’s wife kept her eyes to the ground as she exited federal court in Brooklyn on Thursday with their twin daughters in tow.

Beauty queen Emma Coronel Aispuro, 28, held on to one girl’s hand while a family member held the other daughter’s hand while they walked to their vehicle.

Aispuro hasn’t been allowed to speak with her husband, 60, whose trial date has been set for September 5.

Guzman has been under tight security at the Metropolitan Correctional Center since his extradition from Mexico last year.

But defense attorney Eduardo Balarezo revealed last week that Guzman is permitted to send letters to the mother of his twin girls, but what he’s submitted for government review so far haven’t been received.

Joaquin ‘El Chapo’ Guzman’s wife, Emma Coronel Aispuro (pictured Thursday), held her head down as she exited federal court in Brooklyn on Thursday with their twin daughters in tow 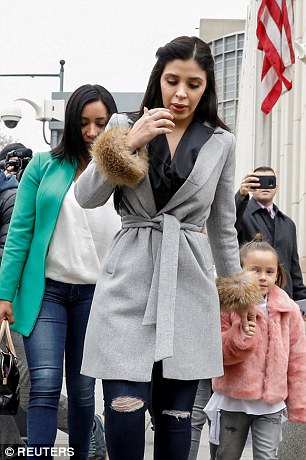 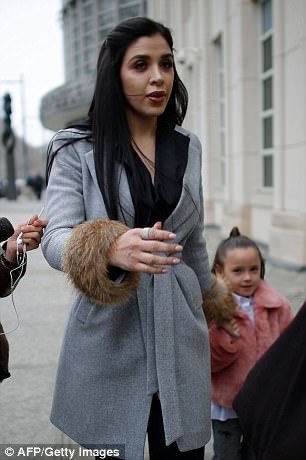 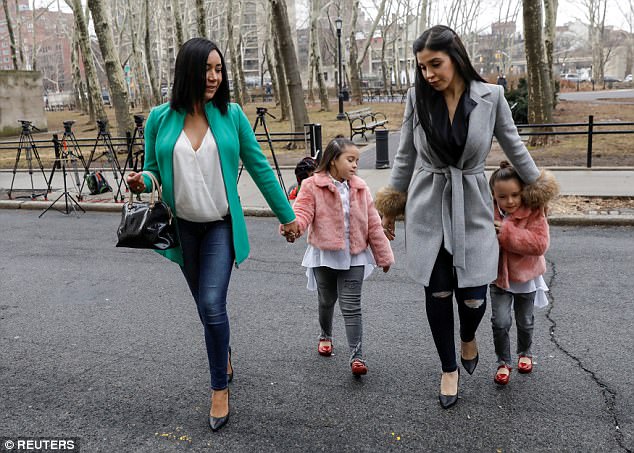 The notorious Mexican drug lord and escape artist is apparently eager to go to trial, according to his lawyer.

Guzman ‘wants to go to trial,’ Balarezo said outside federal court in Brooklyn on Thursday.

Balarezo said that Guzman wanted to knock down any speculation he might plead guilty and cooperate with American authorities.

The lawyer also renewed complaints about conditions at a Manhattan jail where Guzman is being held in solitary confinement.

In Mexico, Guzman twice escaped from prison, the second time via a mile-long tunnel dug to the shower in his cell.

The Manhattan cell where Guzman spends 23 hours a day ‘is either too hot or too cold,’ Balarezo said, adding that his client suffers ‘constant headaches’.

At the hearing, US District Judge Brian Cogan denied Guzman’s request to speak in open court about the case after prosecutors expressed concerns he could be trying to send messages to his cohorts. 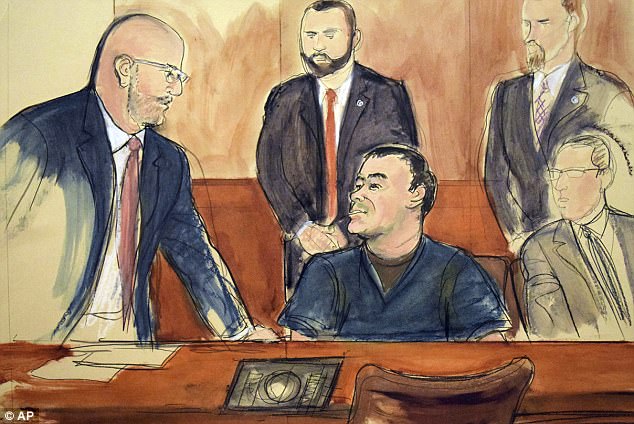 On Thursday, defense attorney Eduardo Balarezo told reporters that Guzman wanted to knock down any speculation he might plead guilty and cooperate with American authorities. Pictured is a sketch of Guzman (center) in court Thursday 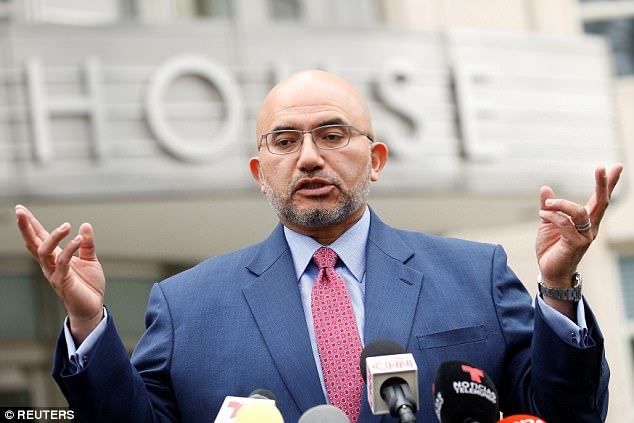 The notorious Mexican drug lord and escape artist is apparently eager to go to trial, according to his lawyer. Guzman ‘wants to go to trial,’ Balarezo (pictured Thursday) said outside federal court in Brooklyn 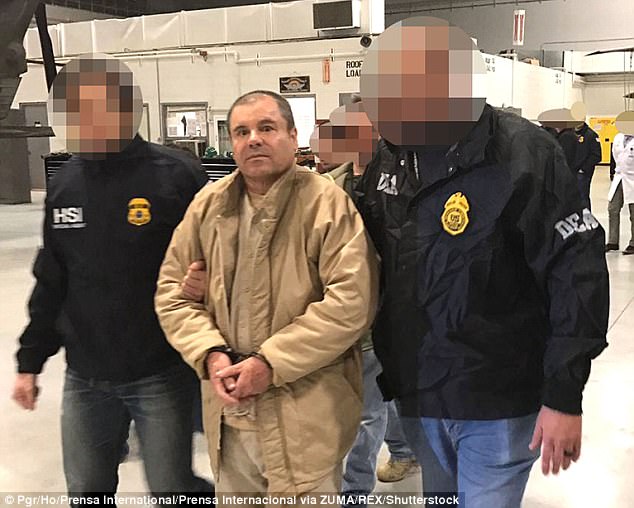 The judge said that in the future he would need to be notified in advance on what Guzman wanted to talk about before he could speak.

Guzman was sent to the United States in 2017 to face charges that his Sinaloa cartel laundered billions of dollars and oversaw a ruthless campaign of murders and kidnappings.

Earlier this month, the judge agreed to withhold the names of jurors at the trial to address any fears that they could be harassed or intimidated.

Jurors will also be escorted to and from the courthouse by deputy US marshals and sequestered from the public while inside.

Prosecutors offered ‘strong and credible reasons’ why the jury needs protection, including Guzman’s use of sicarios, or hitmen, to carry out thousands of acts of violence over more than two decades, the judge wrote in an order.

In the past, Guzman used his connections to continue to run his drug empire from behind bars, prosecutors said.

They also claim that in the US Guzman had the support of criminals who are not under his direct control.

If convicted, Guzman could face life in prison.