Mystery surrounds the discovery of a ‘quiet’ elderly couple found dead inside their multi-million-dollar home, as the police refuse to rule out reports of a murder-suicide.

Two bodies were discovered at a home on Princess Street in Kew, Melbourne’s inner city, on Monday shortly before 4pm.

While circumstances surrounding the deaths have not been revealed, a gun was reportedly used in the incident, according to The Age.

Police are currently at a house on Princess Street in Kew, Melbourne’s inner city, where the two were found dead shortly before 4pm on Monday

The two people found dead were reportedly both aged in their 60s and known to each other. Their ages have not been confirmed.

Circumstances surrounding the deaths have not been revealed but police refused to rule out murder-suicide as the cause of the double tragedy.

Homicide detectives were called to the home about 5.30pm on Monday, where they remain searching the house for evidence.

Victoria Police told Daily Mail Australia they were not searching for any third parties in connection with the deaths. 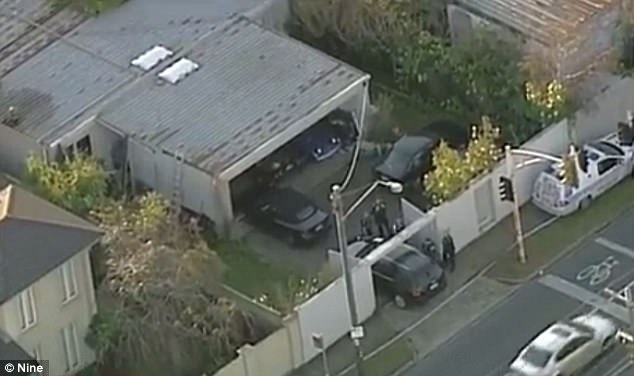 A woman with two young children was seen being escorted from the property on Monday evening, The Age reported.

Officers were also seen searching a car boot with the help of a torch, according to the Herald Sun.

The Princess Street house remains under heavy guard by police but has not been taped off because it sits on a major arterial road.

Aerial photos of the home show two vehicles, a Lotus and a BMW convertible parked in the driveway.

The photos show police vehicles parked alongside the fence, as officers inspect the scene. 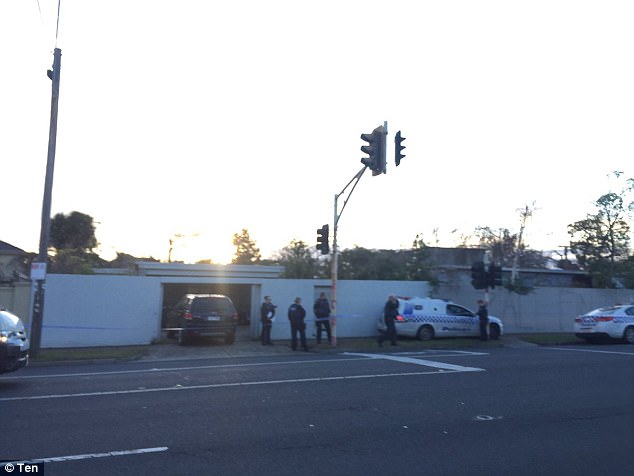