Elderly woman killed after being struck by a car while crossing road in Bankstown, Sydney

An elderly woman has died after she was struck by a car while crossing the road outside a busy shopping centre in Sydney’s south west.

Emergency services were called to Lopez Lane, Bankstown, on Friday at about 3.30pm following reports a pedestrian was hit by a car.

The pedestrian, believed to be aged in her 90s, was walking across the road when she was ran over by a Toyota Prado.

A woman, believed to be in her 90s, has died after being hit by a Toyota Prado while crossing the road at Lopez Lane, in Sydney’s south west suburb of Bankstown (pictured) 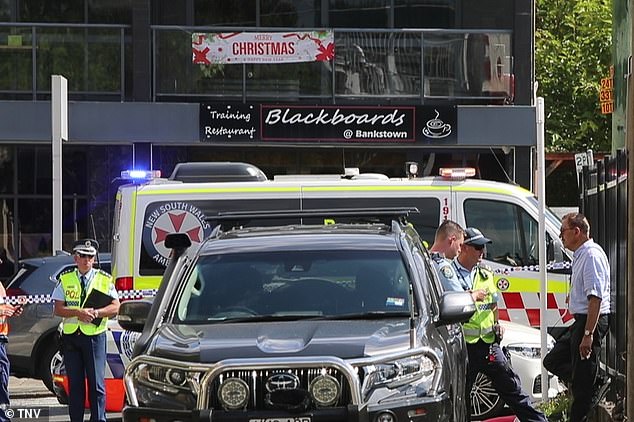 The driver, a male in his 50s, was uninjured and taken to hospital for mandatory blood and urine tests

The woman, who has yet to be identified, died at the scene.

The driver, a man aged in his 50s, was uninjured and taken to Bankstown Hospital for mandatory blood and urine tests.

A crime scene has been set up as police investigate the circumstances surrounding the accident.

Local traffic diversions are in place and motorists are being urged to avoid the area – which is near Bankstown Train Station and behind Bankstown Central Shopping Centre.

Police were seen speaking to witnesses at the scene of the accident. 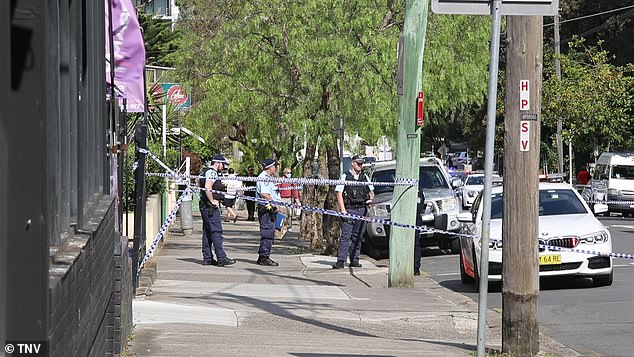 Police have established a crime scene and local traffic diversions are in place, with motorists urged to avoid the area (pictured)