An armband that emits mild electric pulses may be an effective new treatment for migraine.

The device, which is strapped around the upper arm during the first few minutes of an attack, can halve symptoms, according to a study of around 70 patients.

The theory is that the electric pulses stimulate nerves under the skin and block pain signals from reaching the brain — and it’s now being tested in a trial of nearly 300 patients.

Migraines, severe headaches, are thought to affect one in five women and one in 15 men in Britain, and cause painful headaches often accompanied by nausea, vomiting or fatigue. An attack can last up to 72 hours and might be preceded or accompanied by flashes of light or aura, tingling, nausea and increased sensitivity to light and sound.

Migraines, severe headaches, are thought to affect one in five women and one in 15 men in Britain, and cause painful headaches often accompanied by nausea, vomiting or fatigue

Pills for acid reflux might be a future treatment for tuberculosis (TB).

A study at University College London and the London School of Hygiene and Tropical Medicine compared TB rates among patients taking lansoprazole, which reduces acid production in the stomach, with those taking the similar drugs omeprazole and pantoprazole.

After analysing the health records of more than 1.4 million people, the researchers found those taking lansoprazole were a third less likely to develop TB.

A previous study found lansoprazole could destroy the bacteria that causes TB — it’s thought by targeting an enzyme the TB bacteria need to produce energy. The latest results were published in PLOS medicine.

The exact cause is not fully understood. One theory is that it’s the result of brain cells activating the trigeminal nerve, one of the main nerves in the face, which then relays pain signals back to the brain.

This causes the release of neuropeptides, substances that irritate and cause blood vessels on the surface of the brain to swell. These swollen blood vessels send signals to the brainstem, an area that processes pain information.

There’s no cure for migraine — the mainstays of treatment are painkillers and drugs called triptans that are thought to work by stimulating serotonin, a brain chemical, to reduce inflammation and make blood vessels narrower.

There are also now a number of migraine therapies designed to stimulate the trigeminal nerve which block or interfere with the pain signals reaching the brain, reducing symptoms.

A few devices use stimulation as a treatment for migraine, but until now they have used wires and are attached to the head. 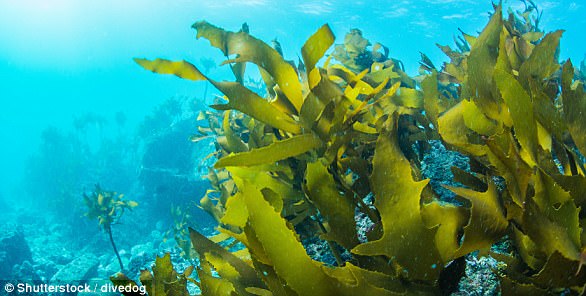 A mix of curry, shrimp, seaweed and stem cells could treat chronic wounds.

In a trial, 40 patients who have had a leg ulcer — a complication of type 2 diabetes — for at least three months will be given stem cells extracted from their fat tissue.

These release growth factors that aid healing, but are easily destroyed.

To improve their efficiency, researchers at Assiut University in Egypt are mixing them with curcumin (an antioxidant, often found in curry powder), chitosan (a tough material processed from shrimp cells) and a material made from seaweed that will provide a scaffold for the stem cells to grow.

The new gadget, called Nerivio Migra 1, can be worn under a sleeve. It has a credit card-size patch which contains electrodes, a battery and a computer chip, attached to a strap that goes around the arm. When a migraine attack occurs, the user can activate the electrical stimulation using an application on their phone. They can also adjust the strength of the stimulation.

A new implant for incontinence caused by prostate cancer surgery is being trialled by French doctors.

An estimated 15 per cent of men experience incontinence for more than a year after undergoing a radical prostatectomy, where the entire gland is removed.

The Ustrap, the device that’s being tested on 300 male volunteers at Rouen University Hospital, consists of bellows that are implanted under general anaesthetic beneath the urethra to support it and prevent leaks.

Pressure in the bellows is fixed, but if necessary can be increased through an access port by a surgeon to help incontinence symptoms.

It’s unclear why electrical stimulation of the arm would help but, according to the researchers at Technion-Israel Institute of Technology in Haifa, who led the trial, it blocks pain signals reaching the brain.

It’s based on the idea of conditioned pain modulation, where pain in one area can be blocked or reduced by a sensation felt in another part of the body.

Results of the trial with 71 people showed that after 20 minutes of use, 64 per cent had a reduction in pain after two hours, compared with 26 per cent of people using a placebo device that didn’t emit any signals.

For those who started with moderate to severe pain, 58 per cent said their pain was reduced to mild or no pain, compared with 24 per cent of those using the placebo, reported the journal Neurology in March.

The new trial will take place in hospitals across Israel and the U. S. Around 270 patients will be given the device or a sham, to use when they feel a migraine.

Peter Goadsby, a professor of neurology at King’s College London, said: ‘These early results are promising. Given patients are looking for better tolerated treatments, larger studies are needed to understand whether this treatment will be effective.’

Could mistletoe be a new treatment for dry eyes? 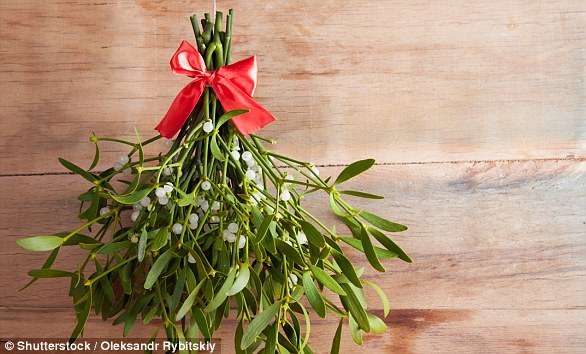 Mistletoe isn’t just cause for a seasonal kiss — it can also help with dry eyes.

After two months, those using the mistletoe drops had a significant reduction in symptoms of dry eyes such as redness, while those given the saline drops showed barely any change.

It’s thought the plant has anti-inflammatory properties — inflammation can play a role in dry eye syndrome, which occurs when not enough tears are produced.

Meanwhile yawning may be an early sign of a migraine attack. In a recent survey of more than 330 migraine patients, nearly half had repetitive yawns before and during the attack itself, according to Headache: The Journal of Head and Face Pain.

Researchers said it can predict the onset of headache in 84 per cent of cases and offers an opportunity for early treatment.

Exactly why is unclear, but the researchers from Ankara Training and Research Hospital in Turkey said the brain chemical dopamine may be implicated as levels are known to rise when we yawn and during migraines. 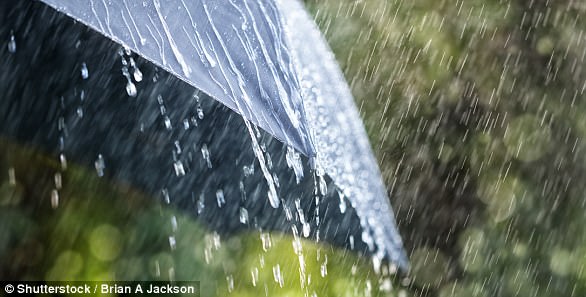 Many people believe that rainy weather exacerbates aches and pains.

However, this has now been debunked by a study at Harvard University. Researchers looked at 11 million visits to doctors made by 1.5 million pensioners between 2008 and 2012, to see if there was a correlation between rainfall and the reporting of joint or back complaints.

They found that on rainy days 6.35 per cent of visits to doctors included complaints about pain; this compared with 6.39 per cent on dry days.

The researchers, writing in the BMJ, say the study was so large that they would have found a link between rain and pain had it existed.