Electric car charging cables can be too short, study suggests

Consumers are being ‘short-changed’ by car manufacturers when it comes to the cables supplied as standard with electric vehicles, according to a new report.

A study of 22 popular battery cars on sale in Britain found that some brands are providing cables as short as 3.8 metres as standard – around the same length as the car itself.

This renders them unsuitable for those without off-street parking and therefore rely on the public network, which often means they are unable to park within a car’s distance of a device or socket, according to The Car Expert.

Some manufacturers demand upwards of £600 for longer, higher specification charging leads to replace the inadequate standard cables supplied with the cars, the research also found.

Size matters: Research found that some leads sold with EVs are less than 4m long and therefore not suitable to access public chargers

Analysis of different EVs already on the market revealed that Fiat’s new electric-only 500 – which costs from just under £24,000 – has the shortest charging cable of all at 3.8 metres.

The Car Expert found that in most cases, the length of a factory-supplied charging cable is 5 metres; fractionally longer than the average car length, which it claims is 4.5 metres.

The investigation added that the significant extra cost (over £600 in some cases) of replacement charging cables is highly unfair given that electric cars are already substantially more expensive than their petrol or diesel counterparts. 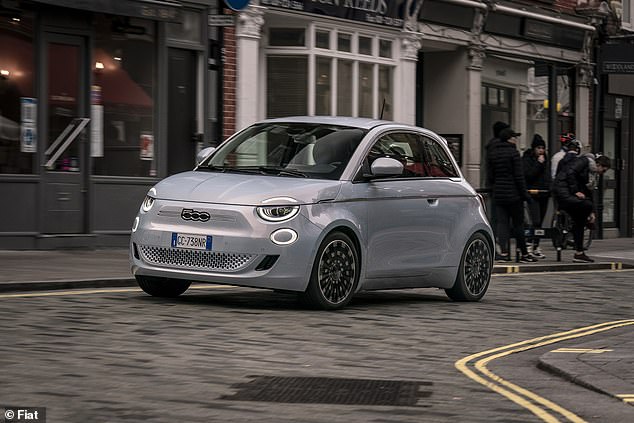 The analysis revealed that Fiat’s new electric-only 500 – which costs from just under £24,000 – has the shortest charging cable of all at 3.8 metres 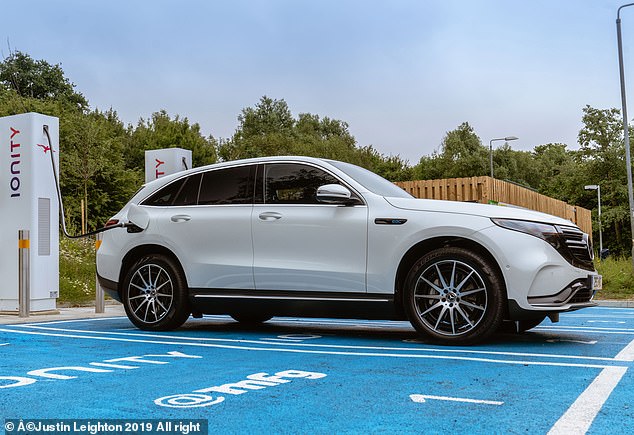 he second shortest standard charging cable, according to The Car Expert, is for Mercedes’ £70,000 EQC SUV, measuring in at just 4 metres long 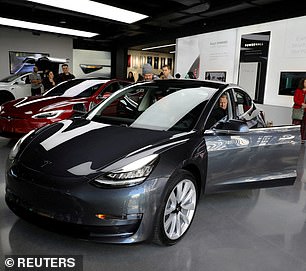 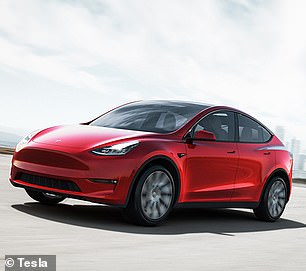 The research put a spotlight on the need to standardise charging cables to make switching to an electric car as smooth as possible.

‘If we want to encourage the switch to electric cars, manufacturers need to provide adequate cables as standard and reduce the cost of expensive cable replacements, particularly as consumers can no longer benefit from the financial advantages of Government grants,’ explains the review-aggregating website’s editorial director, Stuart Masson.

‘It sounds obvious, but your cable needs to be long enough to reach from the charger to the car, however some car companies are still failing to meet this basic requirement.’

Many EV cables were also limited in how rapidly they could transfer electricity from the grid to the car, causing charging times to be longer than outlined by manufacturers.

Most residential and commercial properties can supply electricity to charge an electric car at a rate of 7kW to 22kW.

However, the study showed that many cables provided as standard are only rated at between 2.3kW and 11kW. 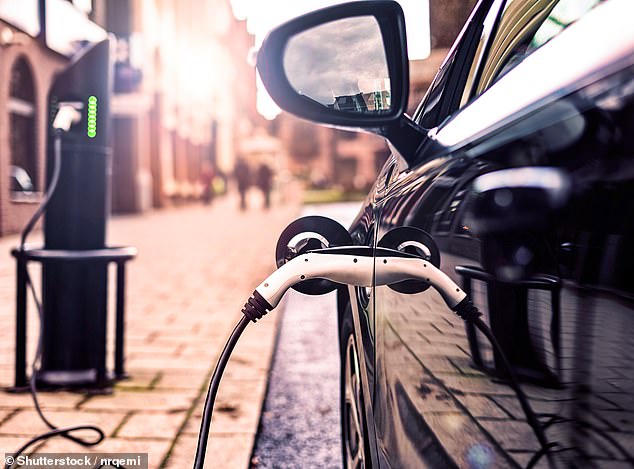 Short charging cables are unsuitable for drivers without off-street parking who rely on the public network, which often means they are unable to park within a car’s distance of a device

Manufacturer websites and brochures were found to be unhelpful or even misleading when it came to charging cable information, leaving potential buyers without the knowledge of what cable would be provided and whether it would meet day-to-day requirements.

‘What was most striking to us is how difficult it is to get useful information out of car companies about EV charging, with some of the manufacturers we contacted even providing incorrect information.

‘This creates confusion for customers trying to work out whether an EV could be suitable for their needs,’ Masson adds.

He has called on the industry to adopt a minimum standard for cable length and charging capacity: ‘We recommend that all new electric cars come with a Mode 3, Type 2 charging cable of at least 6 metres in length and able to charge at a minimum of 22kW.

‘It will give customers the best possible outcome as well as making EVs future-proof against improved charging infrastructure. This is an easy win for car buyers that the government can implement immediately.’

‘We are all too aware of the current situation and the confusing information on EVs to the consumer,’ explains boss Duncan Chumley

‘EV manufacturers and the changes to government grants and taxation policies are certainly not helping consumer confidence, with no agreed standard, even on the simple elements such as a charging cable.

‘We have seen the EV penetration into the Mycardirect fleet grow to 28 per cent – which is double the UK market EV penetration of 14 per cent – however, my sympathies lie with those drivers trying to navigate the issue on their own. The call for standardisation is definitely timely.’