Elina Svitolina recovered from an awful start to get past Ajla Tomljanovic in her opening match of the French Open – and then headed straight back to the practice courts.

The Ukrainian knows her game requires some fine-tuning if she is to land her maiden Grand Slam title here in Paris.

The No 4 seed sprayed errors hither and thither as she fell 5-1 down, but she took advantage of what looked like an attack of nerves from her opponent to rack up eight games in a row and take control, winning 7-5, 6-3. 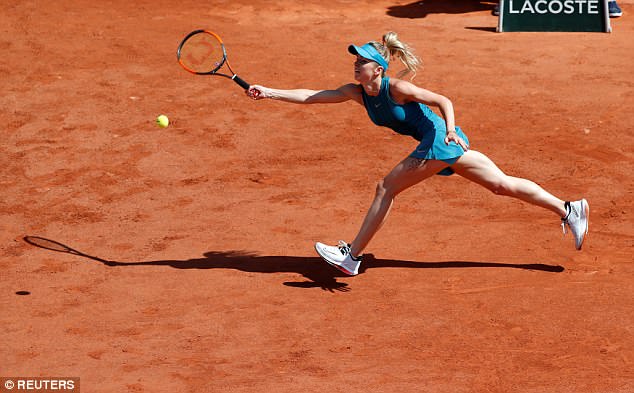 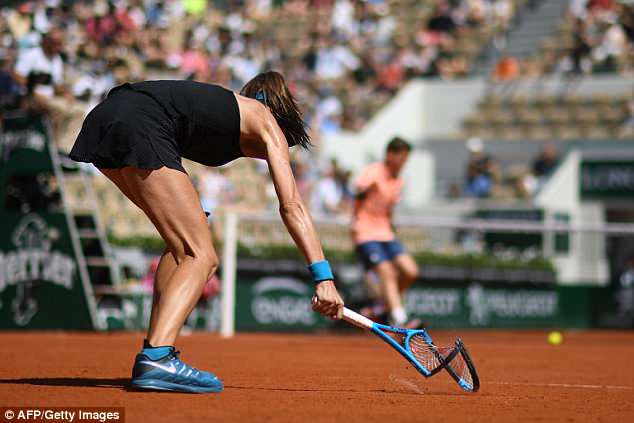 Speaking about her poor start after the match, Svitolina said: ‘She was striking the ball well. I was a little bit off, sometimes going for too much. It was a mixture of things. But, you know, I don’t really focus on those kind of moments. Of course I want to prevent doing this again next match, so that’s why I’m going to go back on court in 10 minutes and work on my game.’

With three days until her next match, due to the French Open’s peculiarity of starting play on Sunday, she has plenty of time to get her tennis where it needs to be.

It is one of the mysteries of the women’s game that the No 4 seed has still failed to make a serious impression at a Grand Slam. She has won 12 tour titles – out of just 13 finals – but has never reached the last four at a major.

The 23-year-old has all the ingredients to win a Slam, with her exceptional movement and pure ball-striking particularly suited to the clay here at Roland-Garros. She was looking formidable here last year before contriving to lose from a set and 5-1 up against Simona Halep in the quarter-finals. 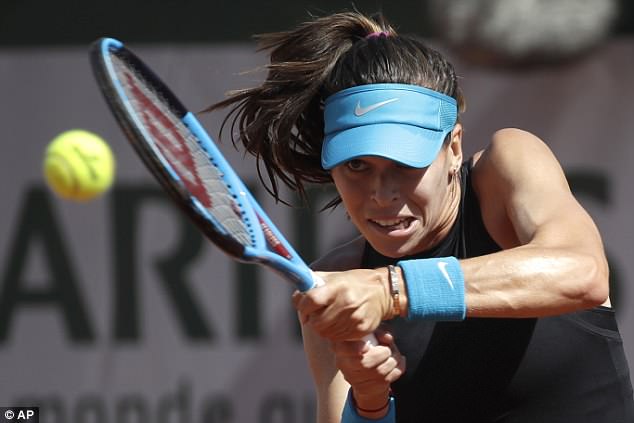 But after winning the title in Rome earlier this month – thrashing Halep in the championship match – Svitolina looked in prime shape to finally make her move in a major.

‘We are trying to do our best to be ready physically, mentally,’ she said, referring to herself and her team. ‘To be ready for a Grand Slam is always the main goal. I try to do everything in my power to play my best game on the Grand Slams. It’s up and down, but in the end, we are doing our best.

If she is to make an impression the second week here, however, she cannot afford to start as slowly as she did against world No 68 Tomljanovic, a Croatian-born Australian.

The Ukrainian, normally one of the steadiest players on tour, was all over the place, making 11 unforced errors in the first five games.

Tomljanovic, meanwhile, was hitting freely and raced into a 5-1 lead. Her best Grand Slam performance came here, when she made the last 16 in 2014. This would have been only the second time she had beaten a top 10 player since she upset then world No 3 Agnieszka Radwanska during that run. 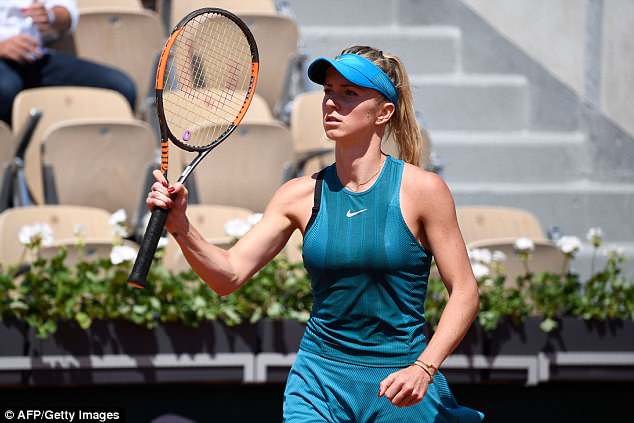 But as the first set looked lost Svitolina suddenly discovered some form, holding and then breaking in an epic eighth game.

The underdog was clearly feeling the pressure and Svitolina smelled blood. She found her range and started hitting with the depth and penetration that earned her the title in Rome. She held easily then broke for the second time as the 25-year-old Aussie served for the first set.

Another hold and now, 10 minutes after serving for the set, Tomljanovic was serving to stay in it. That game slipped away as well and, it was six games in a row for Svitolina. She skipped determinedly to her chair as Tomljanovic pounded her racket into the clay.

When Svitolina made it eight games in a row and went 2-0 up, it would have been easy for Tomljanovic to fade away. But, released from the pressure of leading, she discovered some of her early form and broke back.

But Svitolina had found her range now and smacked a backhand return for a clean winner to go 5-3 ahead. She served out and her latest bid to break through into the Grand Slam winners circle is up and running.