Elizabeth Olsen was seen out with her newlywed husband Robbie Arnett in Los Angeles, California on Friday.

The 32-year-old actress, wearing an all-white ensemble, held onto an iced coffee as she and her partner walked through the Hollywood Hills.

On Friday: Elizabeth Olsen was seen with her newlywed husband Robbie Arnett while on a walk through the Hollywood Hills in Los Angeles

Olsen’s blouse was bunched up at the sleeves, and she paired it with jogging shorts featuring black piping.

The Marvel star’s shirt was open at the collar, and she wore black square-shaped sunglasses.

Her brown hair was up in a casual messy bun, with her bangs parted neatly down the middle.

She walked along the sidewalk beside her husband in some athletic black footwear. 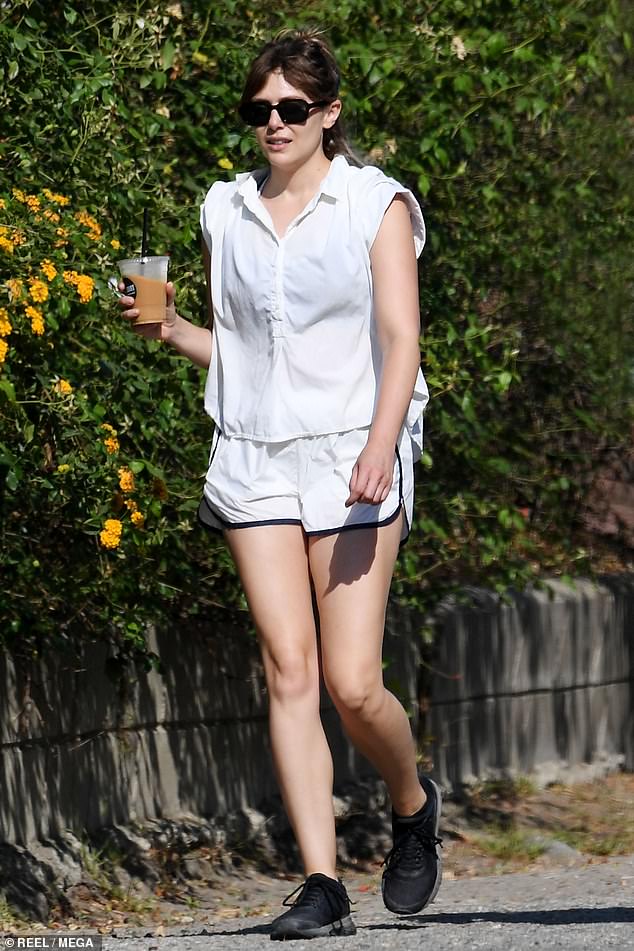 Cooling off: The actress, 32, held onto an iced coffee as she walked in the sun, wearing an all-white ensemble

The musician rolled up his shorts over his thighs, and he ambled along in gray and orange sneakers.

Arnett also held an ice coffee, and was intently looking at his smartphone. He sported a thick beard and had his long black hair up in a neat bun. 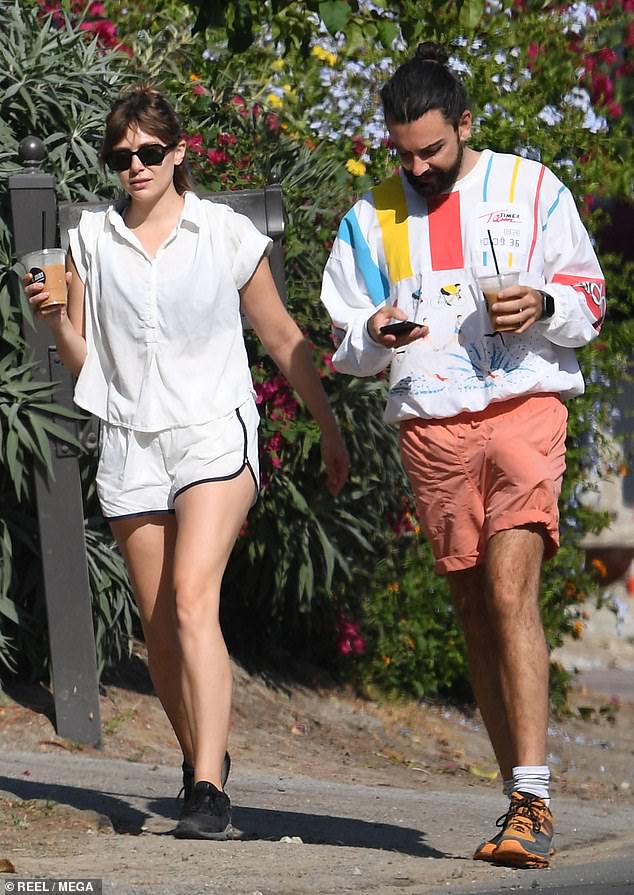 Head in his phone: Robbie, 29, was more colorful in a striped white sweatshirt featuring various illustrations, paired with melon-colored shorts

UsWeekly reported last month that ‘multiple sources’ had confirmed that the couple quietly said ‘I do’ in 2020.

The actress, whose most famous character to date is the Scarlet Witch in the Marvel Cinematic Universe, dropped the big news during a chat with Kaley Cuoco for Variety’s Actors on Actors series.

She explained that she was doing the interview from her bathroom due to construction noises and sweetly called her ‘husband’ Robbie a ‘f**king cutie’. 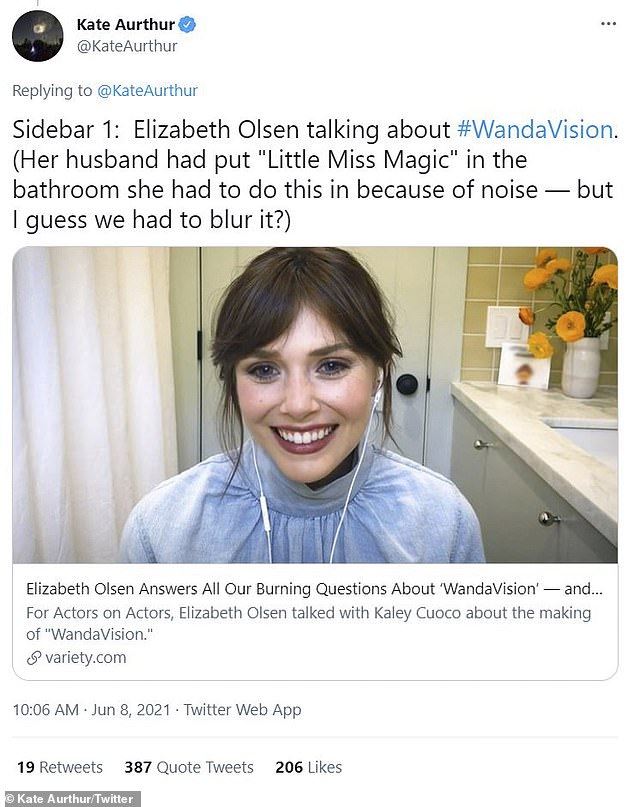 Talking about her ‘husband’: Elizabeth recently made public her surprise wedding to Robbie, which took place last year

Elizabeth, meanwhile, recently wrapped her most recent reprisal of character Wanda Maximoff, a.k.a. The Scarlet Witch, in upcoming sequel Doctor Strange in the Multiverse of Madness.

The film, due in 2022, also stars Benedict Cumberbatch in the title role and will tie into her recent Disney+/Marvel series WandaVision, costarring Paul Bettany.

In the end of that series, Wanda is seen looking at pages of The Darkhold, a powerful occult book that was also featured in the first Doctor Strange movie in 2016. 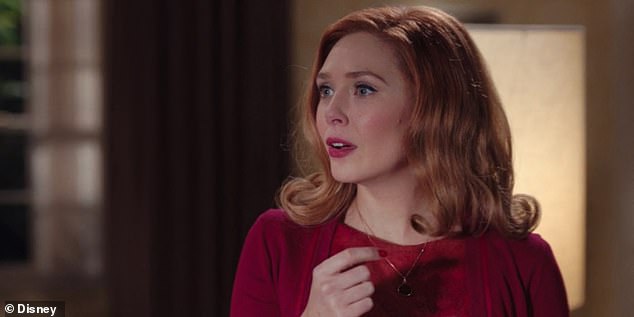 Seen here in WandaVision: Elizabeth recently wrapped her most recent reprisal of character Wanda Maximoff, a.k.a. The Scarlet Witch, in the upcoming Doctor Strange sequel