Elizabeth Warren unveils plan for Native American communities as she risks ridicule for claiming to be descended from American Indians – who ended up being 1/1,024th of her DNA

Elizabeth Warren on Friday laid out one of her most detailed policy plans to date – one that would address the needs of Native Americans, which she released after Donald Trump threatened to revive his ‘Pocahontas’ attack line against her.

Her plan – which clocks in at over 9,000 words – threatens to revive the controversy over her heritage.

Warren came under fire from the president with her claims of Native American ancestry, which she used on college applications and other forms. 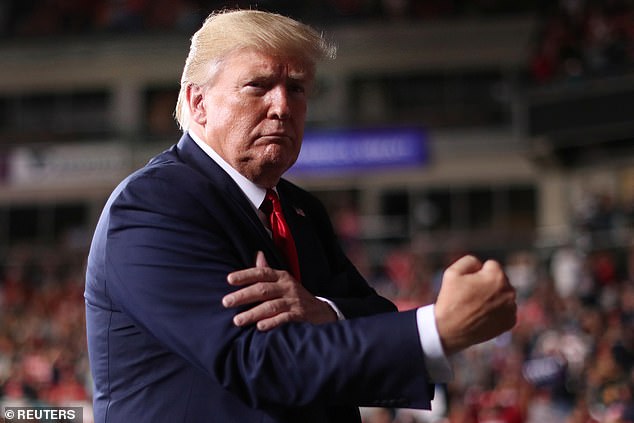 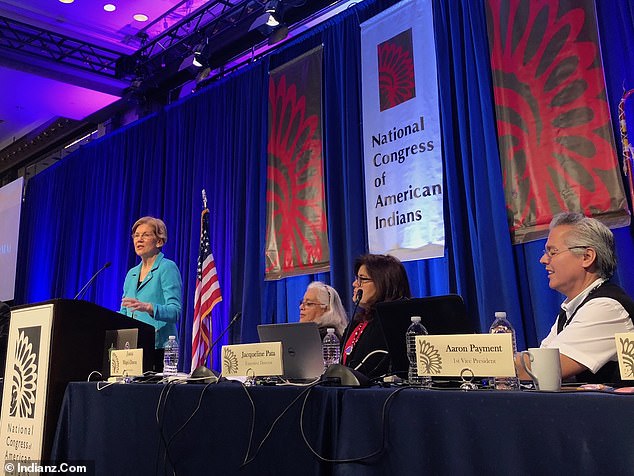 Sen. Elizabeth Warren addresses the winter session of the National Congress of American Indians in Washington, D.C., in February 2018

After Trump’s repeated mocking of her as ‘Pocahontas’ – the Native American woman associated with the colonists at Jamestown, Virginia, in the 1600s – Warren had a test done that revealed she had 1/1,024 Native American DNA.

And, at his campaign rally in Manchester, N.H., on Thursday night, Trump promised to resuscitate the attack on her heritage down the line.

‘I did the Pocahontas thing. I hit her really hard. It looked like she was down and out,’ he said. ‘That was too long ago. We should have waited.’

He added, ‘But don’t worry it can be revived.’

Several Democratic strategists questioned why Warren had her DNA tested, fearing it showed she couldn’t handle attacks from the president.

The results were criticized by some Native American activists and Warren apologized for her heritage claims.

But she has seemingly recovered from that stumble and has become a top contender for the Democratic presidential nomination. In a Fox poll out this week, she beat President Trump in a head-to-head match up.

Her proposal to help Native Americans and tribal communities comes ahead of her scheduled appearance at a forum in Sioux City, Iowa, on Monday that is dedicated to Native American issues.

‘The story of America’s mistreatment of American Indians, Alaska Natives, and Native Hawaiians is a long and painful one, rooted in centuries of discrimination, neglect, greed, and violence,’ the Massachusetts senator wrote in a Medium post. ‘Washington owes Native communities a fighting chance to build stronger communities and a brighter future.’

She vowed to establish a permanent, cabinet-level White House Council on Native American Affairs if she is elected president.

And she said she’d revoke the ‘ill-advised and improperly granted permits’ for the Keystone XL and Dakota Access pipelines – two projects that Native Americans opposed. 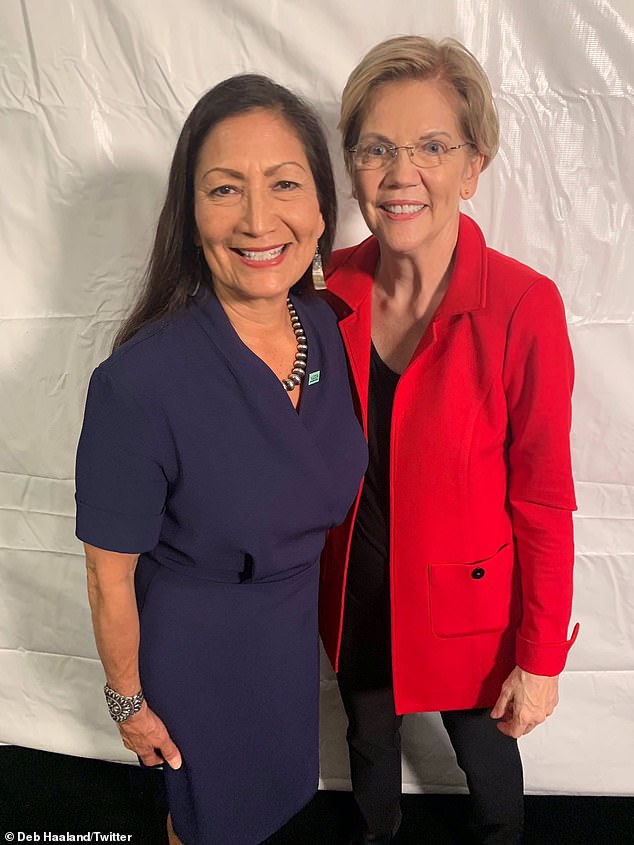 Warren has been endorsed by Democratic Representative Rep. Deb Haaland of New Mexico, one of two Native American women in Congress 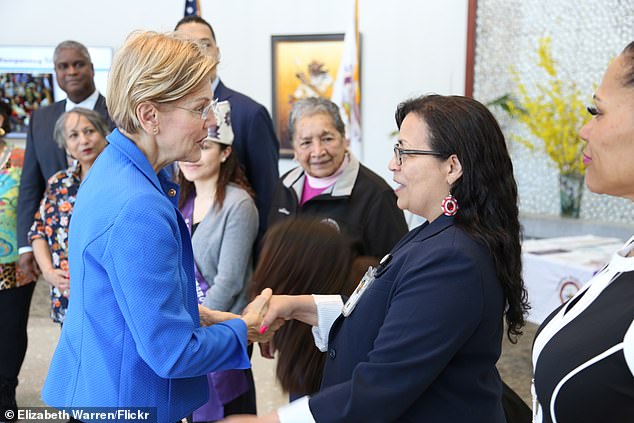 Warren during a visit to the Mashpee Wampanoag Tribe

She also proposed expanding the ability of tribes to prosecute non-Indians for crimes committed on tribal land and proposed the creation of a nationwide alert system for missing indigenous women – a growing problem in that community.

Warren has been endorsed by Democratic Representative Rep. Deb Haaland of New Mexico, one of two Native American women in Congress.

She and Haaland are preparing legislation to address some of the needs of Native Americans and will give tribal leaders a chance to comment on it.