Elle Fanning and her boyfriend, Max Minghella, exuded Hollywood glamour as they attended the Babylon premiere in Los Angeles on Thursday.

The Great actress, 24, and The Handmaid’s Tale star, 37, both donned sleek, black ensembles as they posed affectionately next to each other, with their last red carpet appearance together occurring in 2019.

The couple of four years were first linked after meeting on set of the 2018 film, Teen Spirit, but have remained tight-lipped about their relationship.

Stylish couple: Elle Fanning, 24, and Max Minghella, 37, stepped onto the red carpet together to attend the Babylon premiere in Los Angeles on Thursday

The Maleficent actress was elegant wearing a long black dress with a drop-down waist and barely visible floral patterns embroidered throughout the fabric.

The satin dress contained thick straps that gently rested on her shoulders, with the satin material becoming pleated towards the bottom.

Elle slipped into a pair of open-toed, pointy heels that peeked through as she posed for photos on the red carpet.

Her long blonde hair was parted to the side, and effortlessly flowed past her shoulders into a small wave. 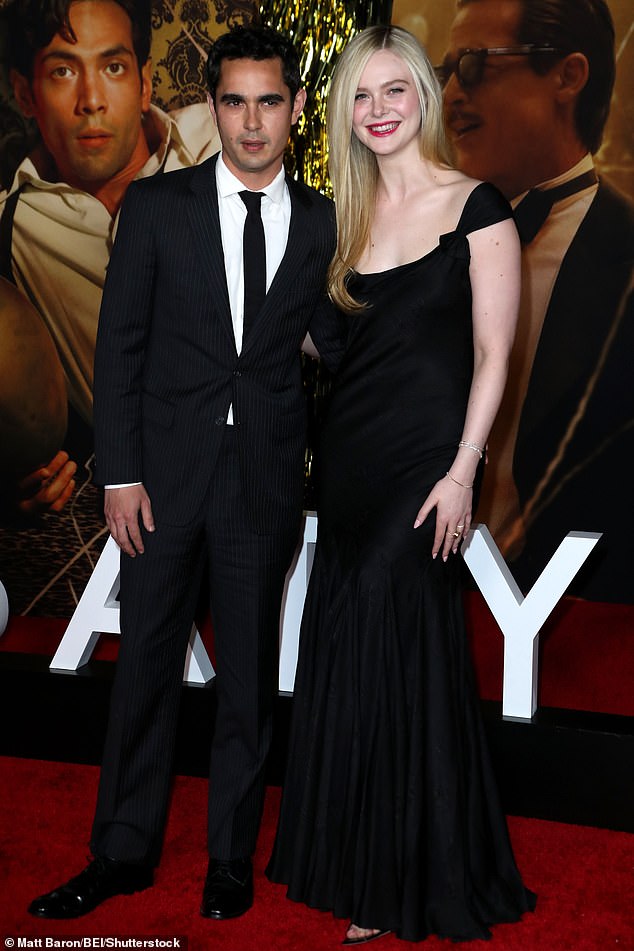 Happy: The Hollywood couple paused for a quick photo session as soon as they arrived at the star-studded premiere 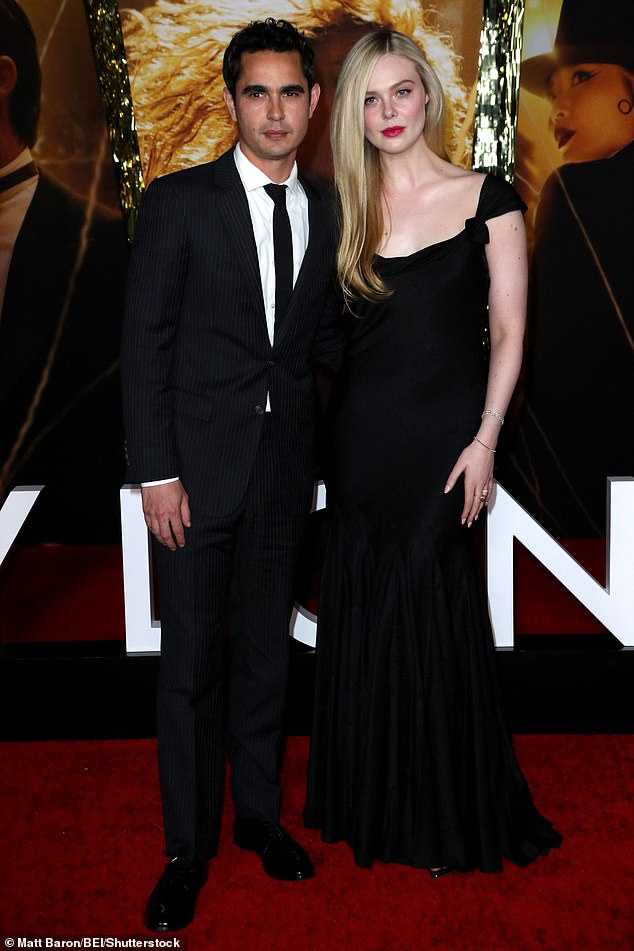 Elle accessorized her classy look for the evening by adorning her wrists with an assortment of dainty bracelets along with a large, gold ring on her left hand.

To allow the formal gown to be the main focal point for the star-studded night, the actress opted to not add any flashy necklaces or earrings.

Her makeup was classically done, comprising of a layer of black mascara to make her eyes pop, a pink blush, and a vibrant red lipstick.

Max was dapper for the exciting evening, and donned a classic pinstriped suit along with a crisp white dress shirt and black tie.

The star, who plays the role of Irving Thalberg in Babylon, slipped into a pair of shiny, black dress shoes to complete his look. 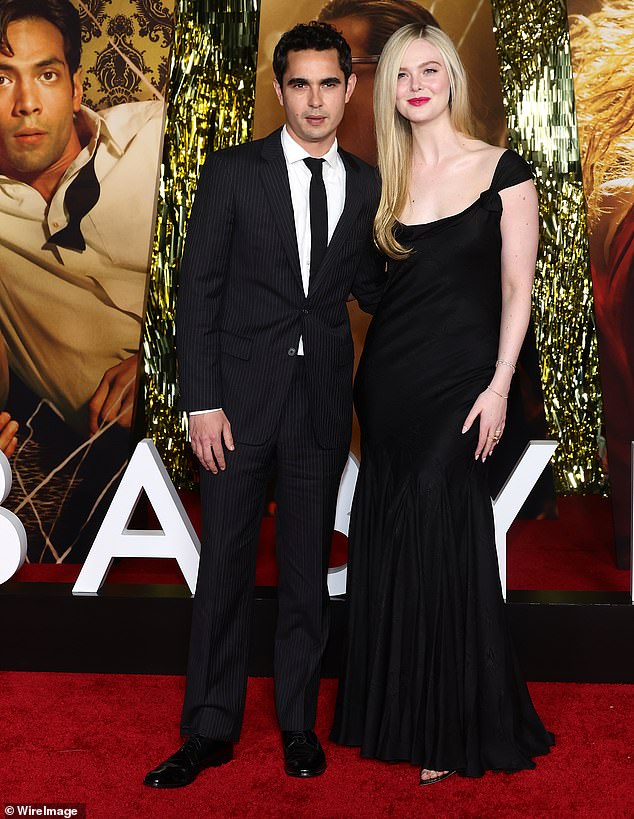 Staying private: Elle and Max have kept most of the details of their four-year relationship out of the public eye and spotlight 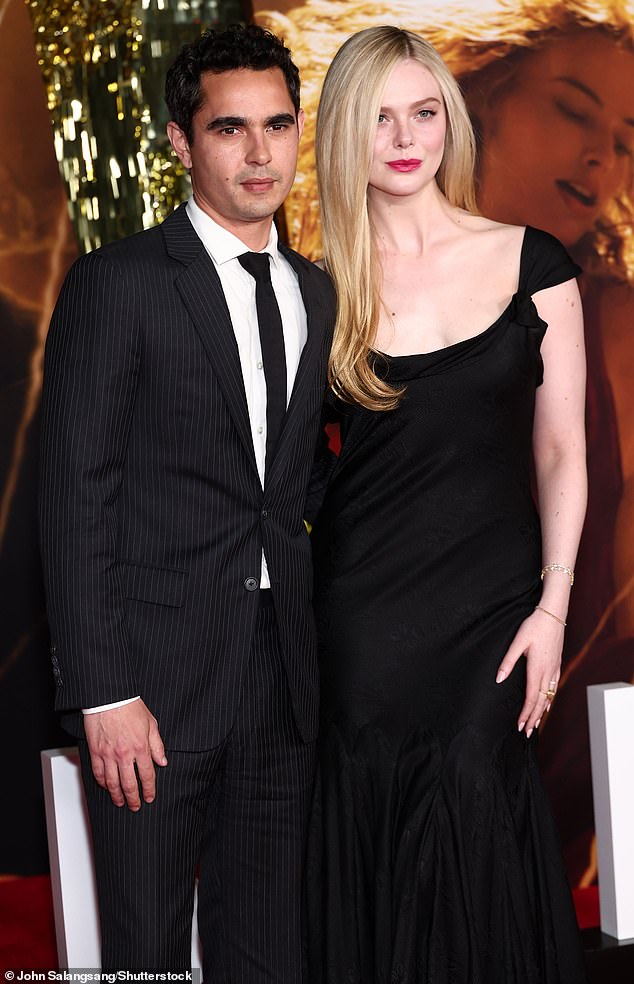 Supportive! The actress supported her boyfriend, who was cast to portray the role of Irving Thalberg in Babylon 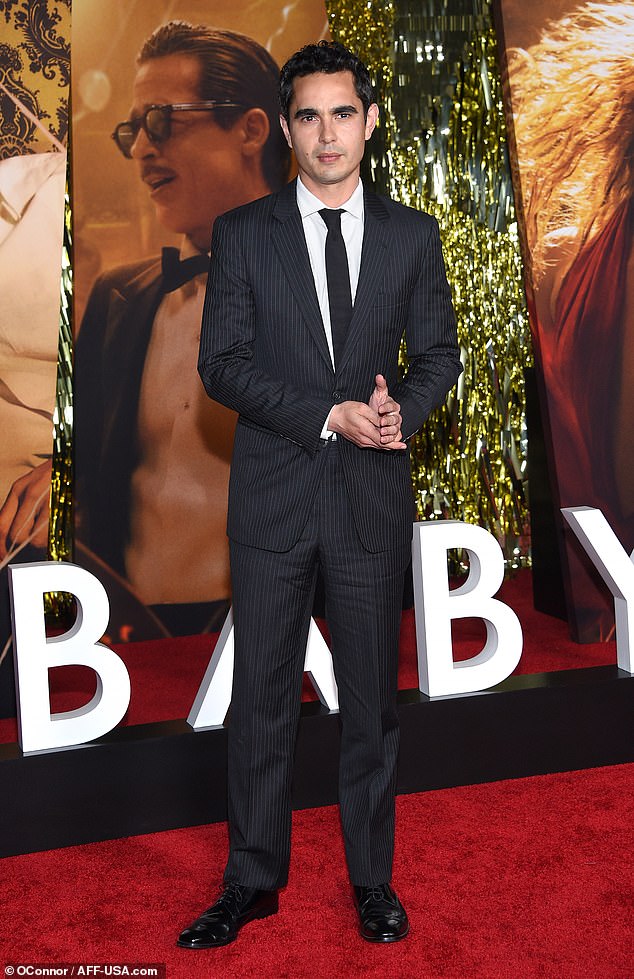 Anticipated film: Max joined other talented actors, such as Brad Pitt, Margot Robbie, and Tobey Maguire, in the upcoming film which premieres in theaters on December 23

Elle and Max first crossed paths when working together on the 2018 film, Teen Spirit, with the actress starring in the leading role and the actor directing the feature.

Later that same year, the two stars were seen spending time together during an outing in London, which quickly sparked romance rumors.

According to E! News, a source had informed the publication at the time that, ‘They were all over one another. She kissed him on the neck as she draped her arms around him.’

‘They looked really happy together and laughed a lot as they took selfies with each other,’ the insider had added.

The following year, the two lovebirds made a fashion statement while making their red carpet debut at the 2019 MET Gala in the heart of New York City. 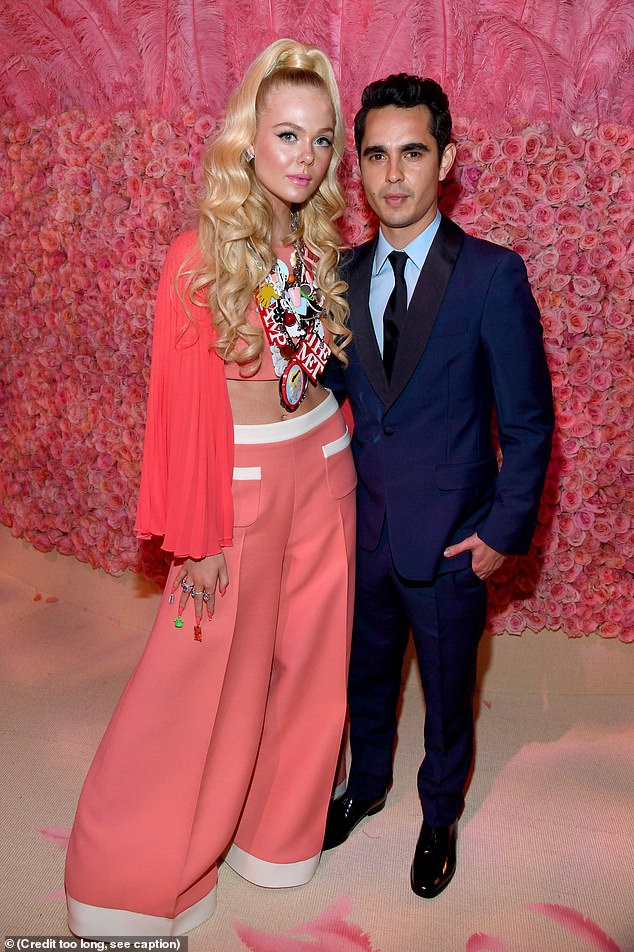 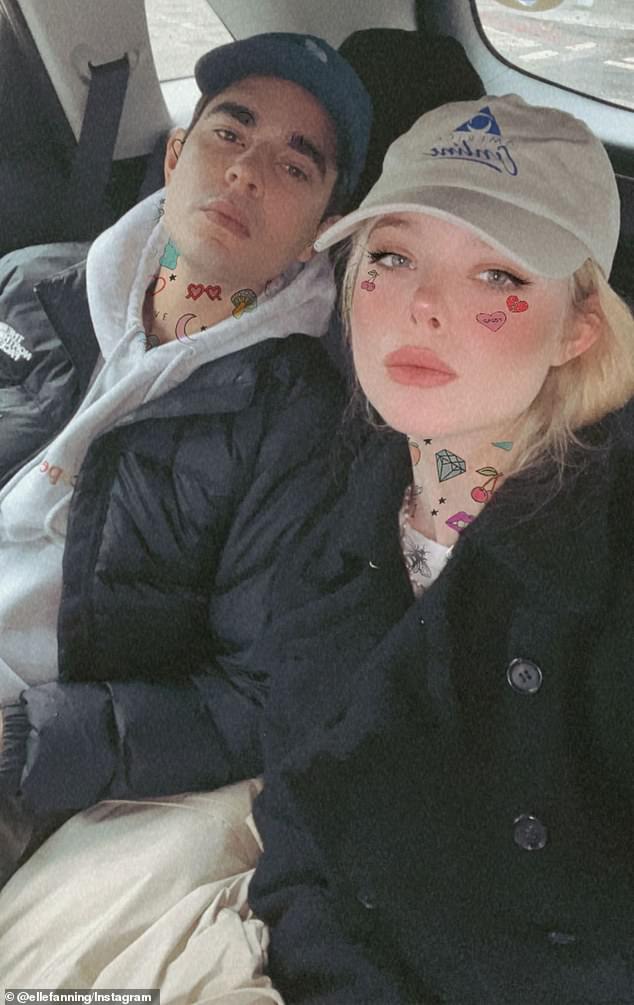 Cute! Although Elle and Max tend to keep their relationship private, a few special and adorable moments have been shared on social media for fans

However, since 2019, the two lovebirds have not attended a red carpet event together until the Babylon premiere on Thursday.

Although the two tend to keep their relationship private, special and memorable moments have been shared on social media for fans on rare occasions.

The couple recently dressed up for Halloween this year, and The Girl From Plainville actress shared a spooky-themed, Instagram photo series of herself as Tiffany, and Max as Chucky, from Child’s Play. 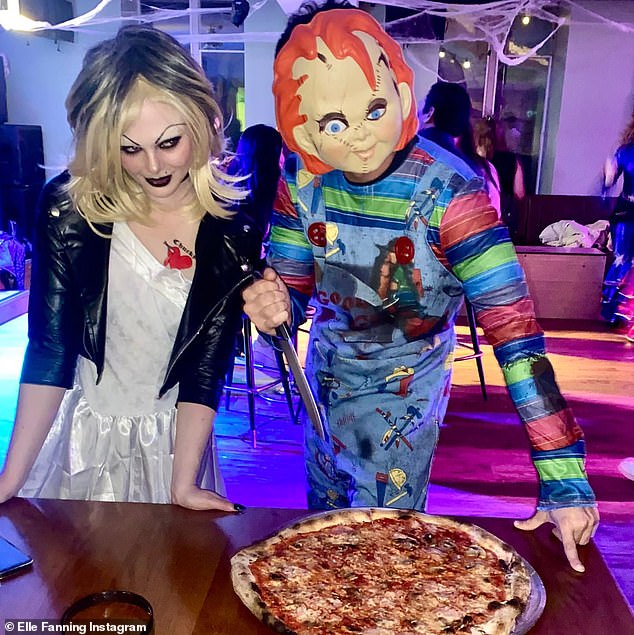 Having fun: The couple recently dressed up for Halloween, and Elle uploaded various snaps of the two having fun in their costumes as dolls from Child’s Play