She has been enjoying an idyllic sun-soaked break in the Bahamas this week.

But Elle Macpherson’s holiday turned into a nightmare on Monday, when she found herself just inches away from a shark.

The 54-year-old supermodel revealed she was about to go for a dip in the crystal-clear waters when she spotted the sinister shape in the shallows.

‘I am NOT getting in the water today’: Elle Macpherson has revealed her terrifying close shave with a SHARK during an idyllic Bahamas holiday

Elle documented her terrifying close shave on her Instagram Stories, sharing a video of the shark lurking near the shore.

The model, who is mother to sons Arpad, 20, Aurelius, 15, captioned the ominous clip: ‘Not getting in the water today’ alongside a worried face emoji.

Macpherson seemed grateful to farewell the Caribbean islands after her experience and shared an idyllic sunrise snap of the pool in her Miami mansion when she returned home on Tuesday.

The blonde bombshell no doubt showed off her incredible body during the trip, days after revealing her diet secrets in a candid chat with InStyle Australia. 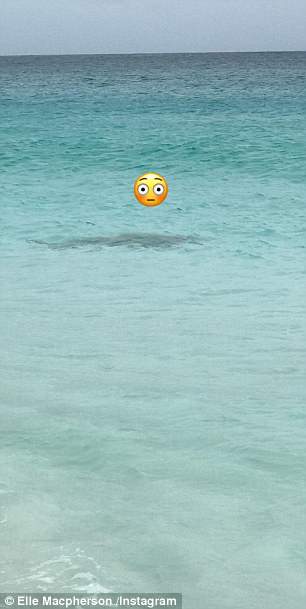 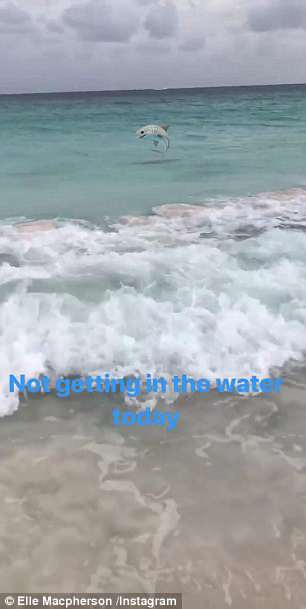 Look out! The 54-year-old supermodel explained she was about to go for a dip in the crystal-clear waters when she spotted the sinister shape in the shallows

Having ‘transformed’ her life with a wholefood diet, the mother-of-two explained: ‘I realised that I couldn’t really rely on genetics anymore.’

‘From an early age, I learned to look after myself – I would make sure I was in shape, and people expected a lot. [But] then, as time moved on, I realised that I couldn’t really rely on genetics anymore,’ Elle told InStyle.

The statuesque beauty, who has been nicknamed ‘The Body’, added: ‘The things I’d been doing since my twenties weren’t working in my fifties.’

After turning to a wholefood diet rich in fruit and vegetables and an organic alkalising green powder, Elle found the results to be ‘transforming’.  It’s not the first time Elle has shared the secrets behind her famous physique.

Nightmare: Elle documented her terrifying close shave on her Instagram Stories, sharing a video of the shark lurking near the shore

In January, she told Popsugar Australia that her breakfast consists of a poached egg on sunflower or rye bread, or oatmeal with half a grapefruit, followed by a glass of filtered water with her ‘Super Elixir’ powder.

The powder, which Elle consumes daily, claims to alkalise the body and improve health with ingredients including Chinese herbs and shiitake and maitake mushrooms.

For lunch, it’s a simple salad with lots of leafy greens, vegetables, sprouts and spinach, before enjoying a piece of fresh line-caught fish for dinner with salad or veggies.

Speaking to MailOnline about her exercise regime, she previously said: ‘I would recommend working out for 45 minutes per day, even if it’s just a walk outside to get some fresh air.’ 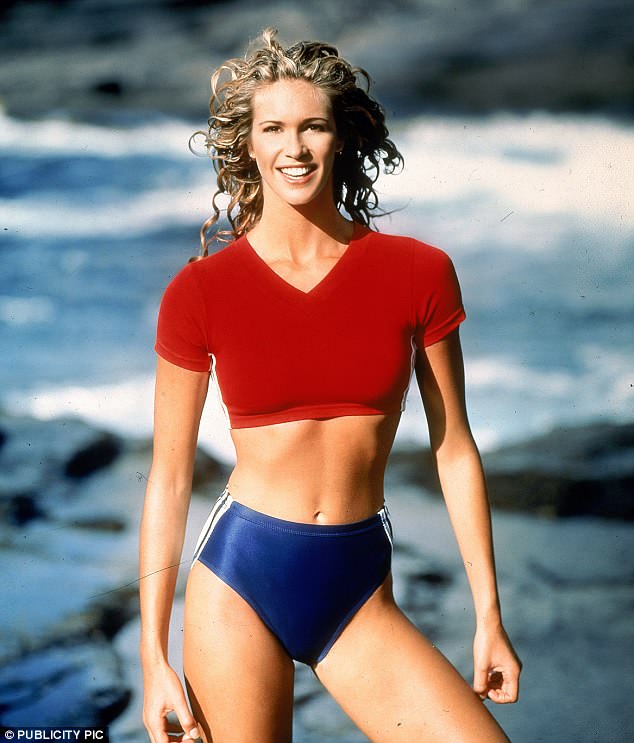 Icon: Elle was an iconic supermodel of the ’80s and ’90s, covering the Sports Illustrated Swimsuit issue a record five times (pictured in 1995) 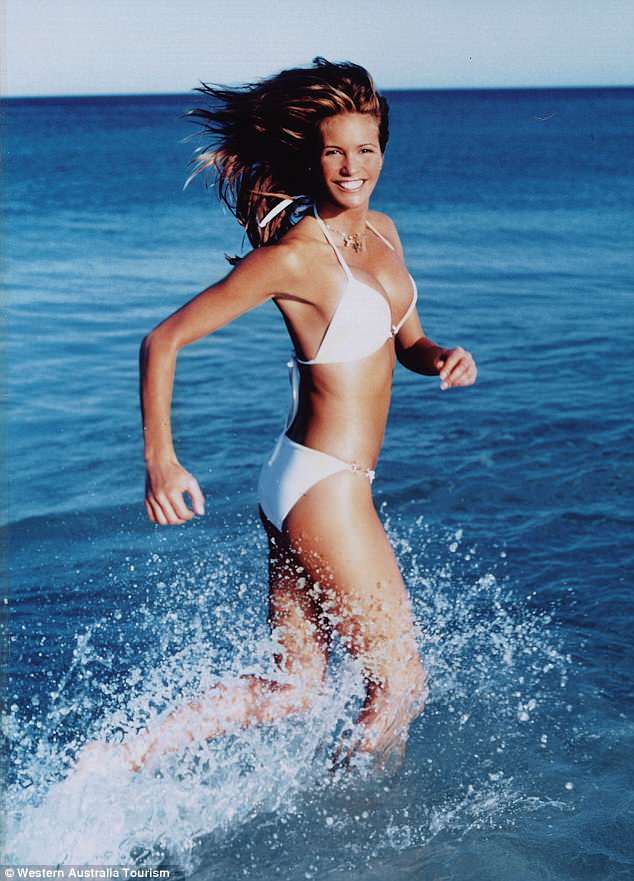 Health-conscious: The mother-of-two explained that she ‘transformed’ her life with a wholefood diet after realising that she ‘couldn’t really rely on genetics anymore’