Ellen DeGeneres was labeled ‘Ellen Weinstein’ by Twitter users who criticized her birthday regards to Katy Perry – which included a snapshot of the talk show host staring into pop star’s cleavage.

The comedian posted the picture tweet to her page Wednesday morning, alongside the clever caption: ‘Happy birthday, @KatyPerry! It’s time to bring out the big balloons!’

However, several folks on the internet didn’t find it to be so amusing – and bashed DeGeneres for her poor taste and even worse timing amid countless Hollywood sexual harassment scandals that have recently surfaced. 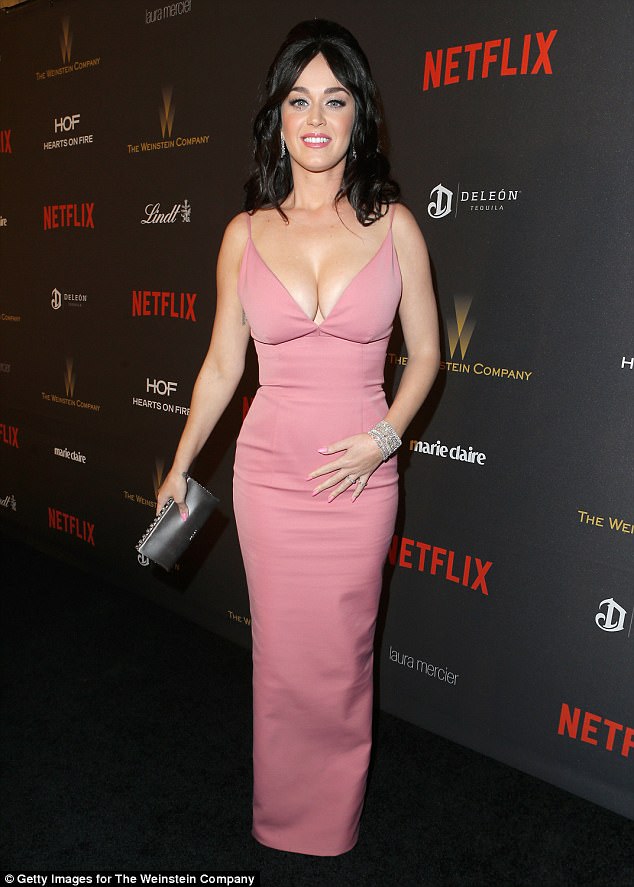 The comedian posted the picture tweet to her page Wednesday morning, telling the pop singer: ‘It’s time to bring out the big balloons!’

One commenter wrote: ‘How is this acceptable with everything going on in Hollywood? If it was a man he would be blasted. Oh, that’s right she is lesbian. #unreal.’

Another argued: ‘Right … But if I make this exact post with a woman people will comment under it and tell me I’m sexist. Inconsistency at its finest.’

While another added:  Honest question – you’re lesbian attracted to beautiful women. If man (say Harvey Weinstein) did that gesture – most would say sexual misconduct.’

DeGeneres, best known for her hit syndicated daytime talk show, ‘The Ellen DeGeneres Show’, has been longtime known as a human rights activist and role model for today’s youth.

During an opening monologue on her show, DeGeneres celebrated the bravery of countless actresses, actors and everyday people who have come forward sharing their experiences with sexual harassment and assault amid the viral #MeToo campaign. 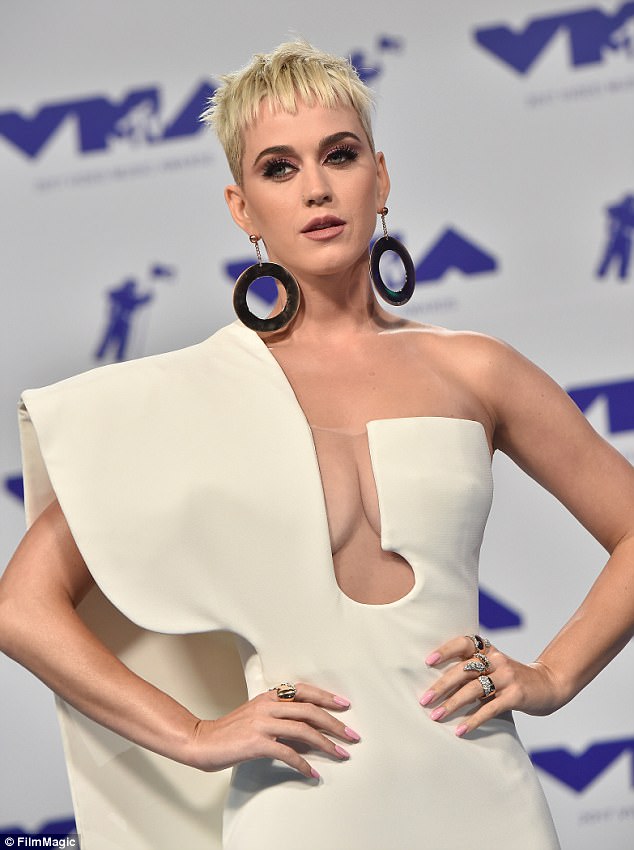 The ‘Chained to the Rhythm’ singer, 33, has yet to comment on the matter as of Thursday

‘We all want the same thing: We want respect and love and kindness, and if I can have those three things and a new iPhone 10, I will be complete,’ she joked.

‘Part of the problem is that from a young age, girls are taught to stay quiet and be nice, and that boys are stronger and somehow we are less than.

‘That is why it is hard for us to speak out — and even when we do speak out, people don’t believe us. But there is power in numbers and good for us, good for everyone speaking out. I want to say thank you to everybody speaking out.’

When bringing social media users’ attention to Katy Perry’s breasts, some felt DeGeneres may have had a ‘pass’ as she and the pop star Perry are good pals.

The ‘Chained to the Rhythm’ singer, 33, has yet to comment on the matter. 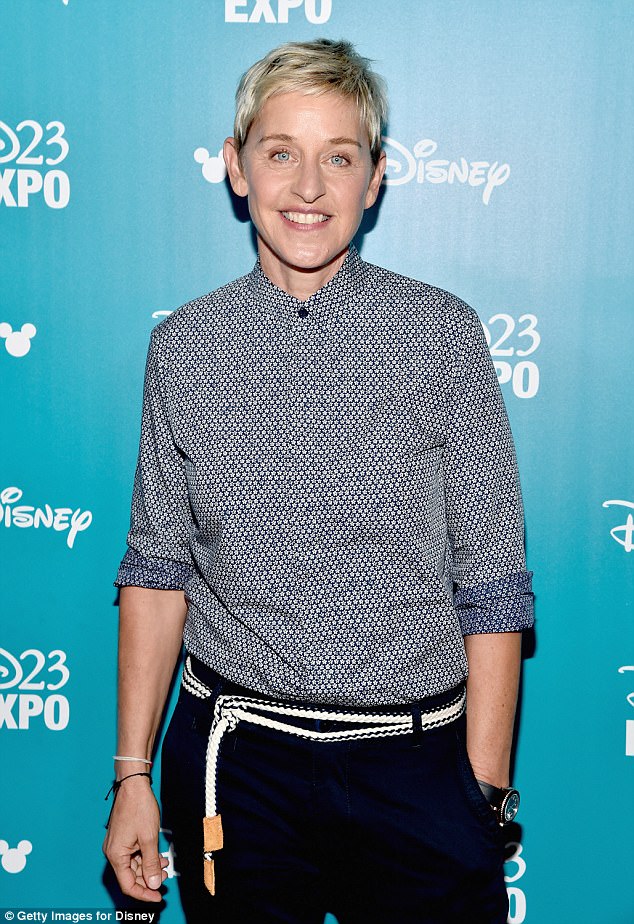 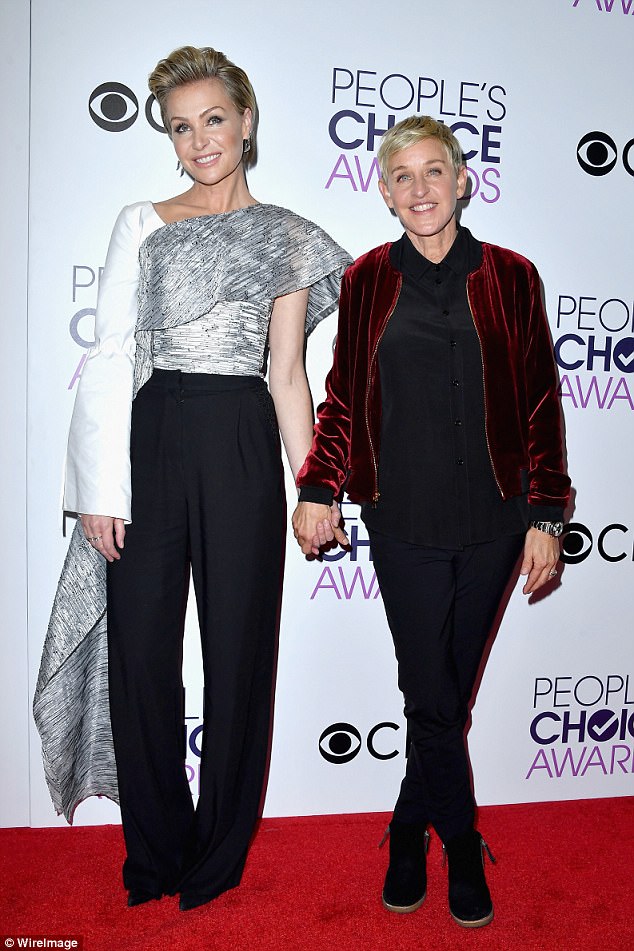 DeGeneres is shown right with actress Portia de Rossi at the People’s Choice Awards 2017. DeGeneres celebrated the bravery of people who came forward with their stories on sexual harassment and assault