Ellen Pompeo was spotted picking up groceries in Calabasas on Friday afternoon.

The 51-year-old actress cut a very casual figure as she exited the Erewhon supermarket after purchasing supplies for the upcoming Memorial Day weekend.

The Golden Globe-nominated performer recently considered the idea of leaving one of her most successful shows after an impressive run on Grey’s Anatomy.

Easygoing actress: Ellen Pompeo cut a casual figure while stepping out for a grocery run at the Erewhon market in Calabasas on Friday afternoon

Pompeo was dressed in a light blue denim button-up that was worn on top of an orange T-shirt during her outing.

The actress complemented the bright shade of her outerwear with a pair of distressed and cropped white jeans, which she paired with a set of matching sneakers.

Ellen’s eye-catching blonde hair appeared to be freshly blown out and was worn straight across her shoulders.

She kept a pair of stylish sunglasses positioned on her forehead and had a multicolored purse slung over her right shoulder. 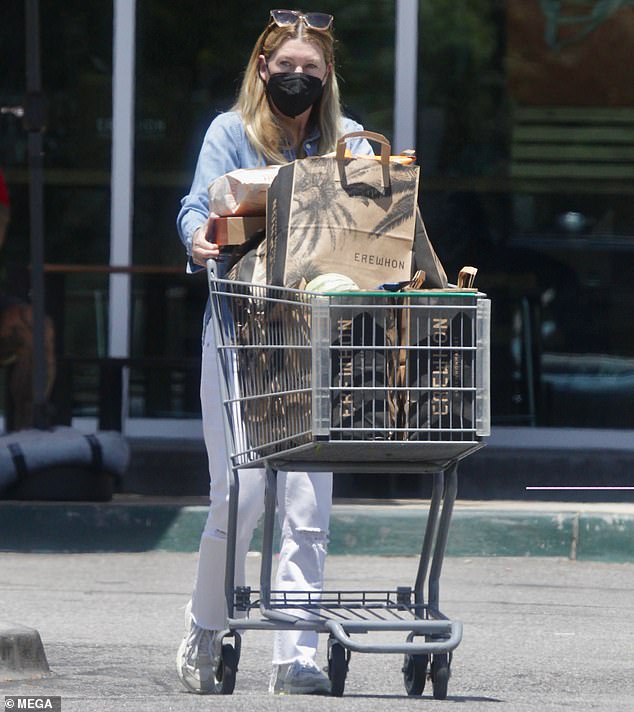 Pompeo wore a black facial covering to keep herself safe amid the ongoing state of the global pandemic.

The actress is best known for her longstanding role as Dr. Meredith Grey on the hit medical drama series Grey’s Anatomy.

She joined the show’s cast during its first season and went on to become one of its leading actresses over the course of the next decade.

Ellen has been nominated for and received several awards for her work on the program, and she has since become one of its producers. 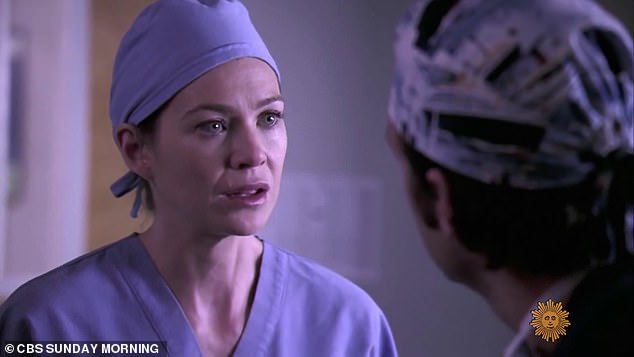 During a recent interview with Variety, Pompeo spoke about how she has been working to keep Grey’s Anatomy consistent as a project and successful with viewers.

‘I’m constantly fighting for the show as a whole to be as good as it can be. As a producer, I feel like I have permission to be able to do that,’ she expressed.

The actress went on to note that the other producers were unsure of the series’ future, as she remarked, ‘I don’t know that this is the last year? But it very well could be.’

She also expressed that the program would more than likely come to an end after her potential exit and noted that her final appearance on the show would likely be meticulously planned out.

Pompeo told the publication, ‘I don’t take the decision lightly … I’m just weighing out creatively what can we do.’ 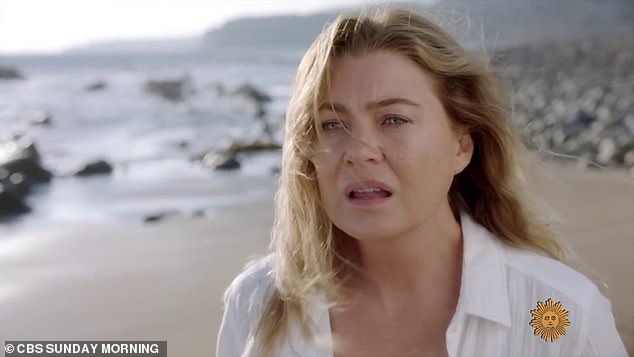 Not entirely sure: During an interview with Variety, the actress said that she ‘very well could be’ leaving the highly successful program in the near future

She went on to speak about the early seasons of the show and pointed out that many of the performers took their roles much too seriously, which was a detriment to production.

‘At the time, it was just a real combination of exhaustion and stress and drama. Actors competing with each other — and envious,’ she recalled.

Pompeo concluded by expressing her hopes about the show’s impact on its longtime viewers and wider fanbase.

‘If this show has helped anybody become a better human being, then that’s the legacy I’d love to sit with,’ she remarked. 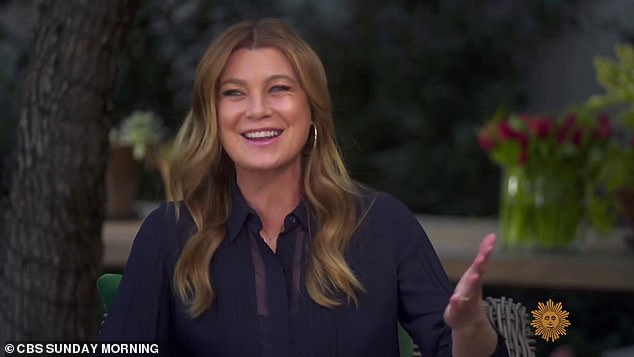 Testing the waters: Pompeo clarified that she was not entirely sure about departing from Grey’s Anatomy’s cast, and she expressed that the show’s team was ‘weighing out creatively what can we do’