An Ellen DeGeneres superfan was overcome with emotion when her idol reunited her with her boyfriend, a US Navy supply officer who has been on deployment for months.

Maura Gonsalves, 25, was in the audience at Ellen DeGeneres’ show yesterday. She and her partner Noah Copeland moved to San Diego, California, from Massachusetts in July 2016.

Just five months after the move, Noah was deployed. He only had two days to pack his bags before leaving Maura behind, departing for the military island of Diego Garcia in the middle of the Indian Ocean.

So sweet! Ellen superfan Maura Gonsalves, 25, had an incredibly emotional reunion with her boyfriend, a US Navy supply officer, on yesterday’s show 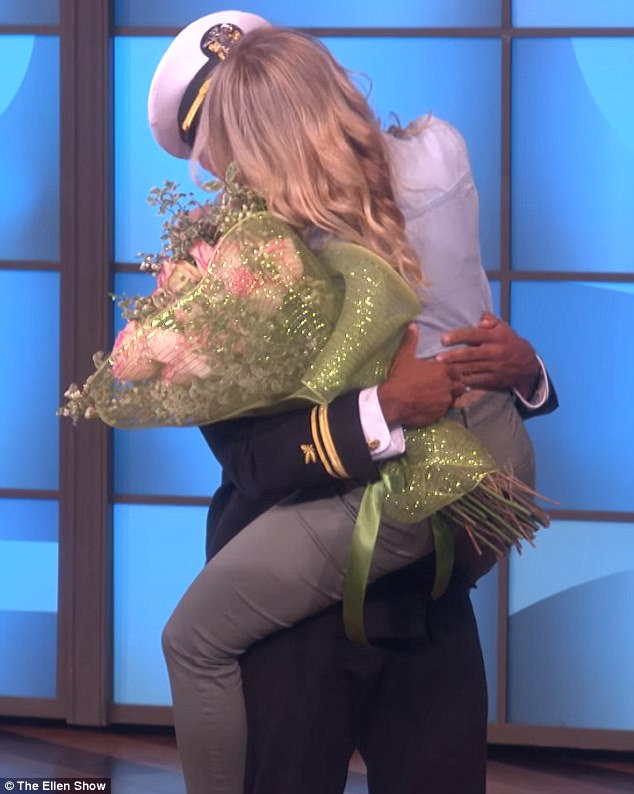 Overjoyed: Maura promptly jumped into her partner’s arms after Noah Copeland stepped onto the set carrying beautiful flowers for his girlfriend 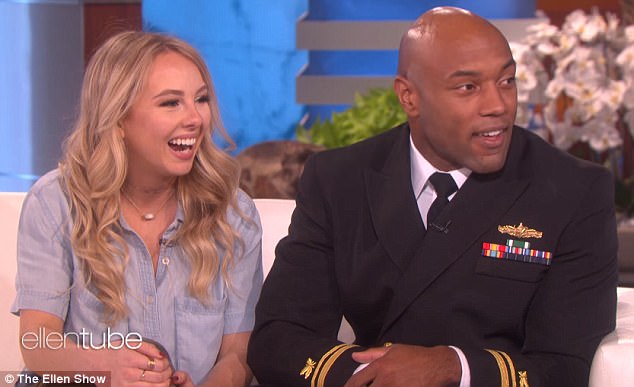 Kept apart: Noah and Maura moved from Massachusetts to San Diego, California last year, and just five months later, Noah was deployed and given only a two-day notice

Ellen, who is turning 60 today, started yesterday’s reunion by stating she has been receiving tons of fan letters to mark her birthday.

Among them was one signed by Noah, in which he explained that Maura has got to be Ellen’s ‘biggest fan’ and watches her show every day.

When Maura realized Ellen was reading Noah’s letter, she immediately got emotional and started to sob in the audience.

‘I know nothing would make her happier than getting to celebrate your birthday with you at your show,’ Noah told Ellen in the missive, adding: ‘Thanks for keeping my girl company while I’m away.’

Noah also explained that he was supposed to come back to the US at the end of January, but that his return keeps getting pushed back.

After reading the letter, Ellen invited Maura onto the stage, and the fan was already supremely excited to get to chat with her idol. 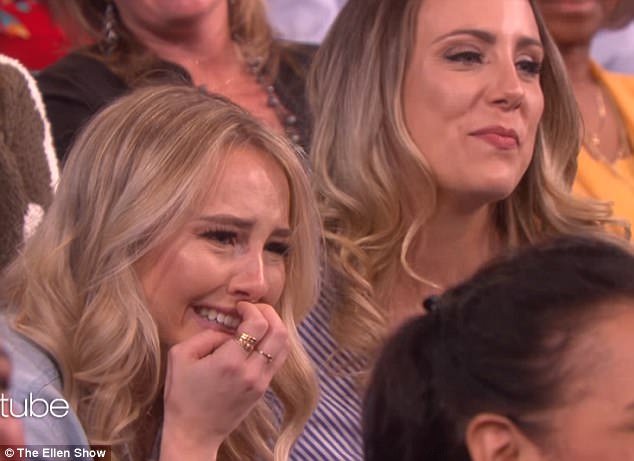 She doesn’t know what’s coming: Before the reunion, Maura became emotional when Ellen started reading a letter written by Noah 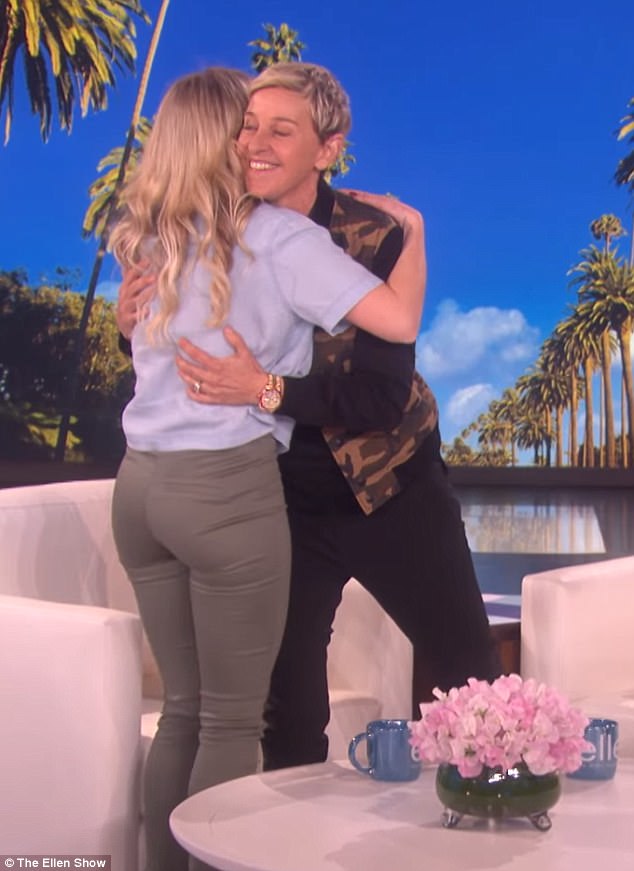 Happy: Maura was already overwhelmed when Ellen asked her to come onto the set 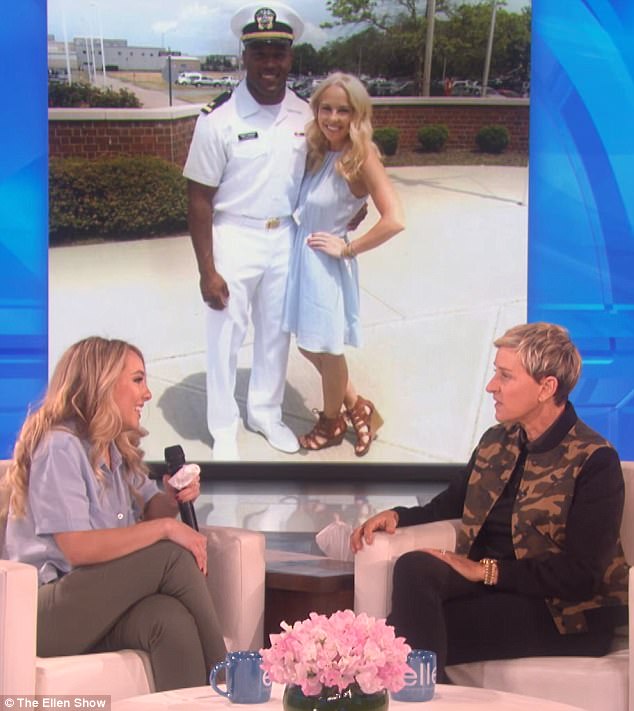 Chatting: She then got to talk to her idol, telling her more about her and Noah’s situation

She told Ellen about her and Noah’s background, recounting his sudden deployment.

‘He went into work on a Friday and then he came home from work that Friday and they were like, “You’re going on Sunday”, so he had two days to pack up his whole life and just leave for a year. He’s been gone for over a year right now,’ Maura told Ellen.

She then told the host how much she enjoys the show, gushing: ‘I can’t even believe this is happening right now.’

‘Because I’m such a fan, I made [Noah] a fan, basically. We’ve been watching together while he’s been away. I will FaceTime him while I’m watching,’ Maura added.

She explained that the recent government shutdown had further delayed her boyfriend’s return, and that she had no idea when he would be back.

Ellen then told her that she wanted Maura to be able to attend her birthday show, and asked: ‘Bring Maura the tickets to the birthday show.’ 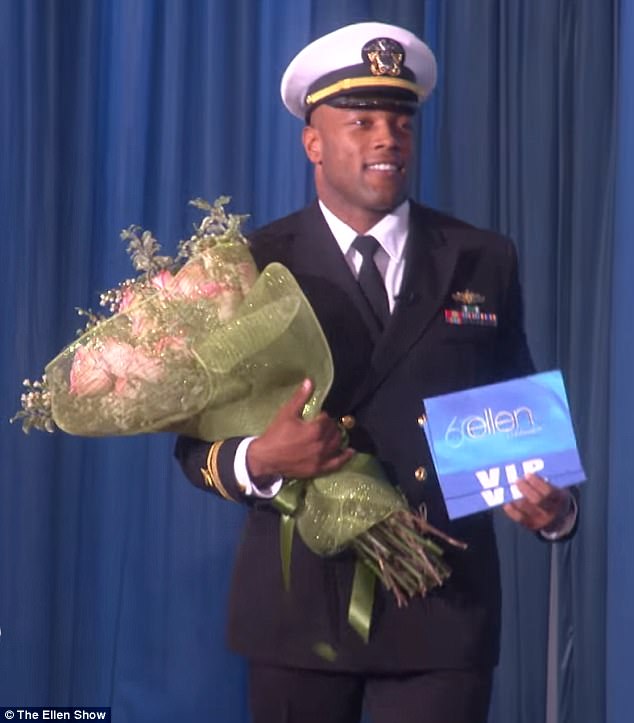 Gifts: Noah turned up with flowers and tickets for Ellen’s birthday show, which occurred today 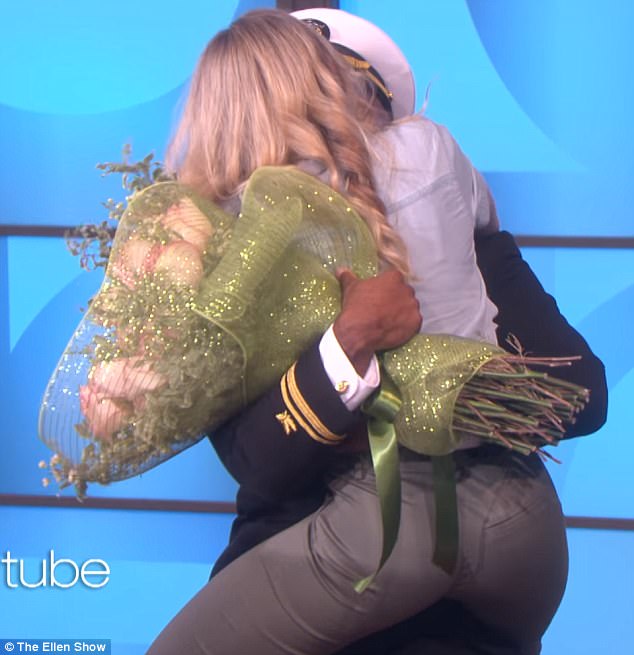 Lovebirds: The crowd erupted in cheers as Noah stepped onto the set in his Navy uniform 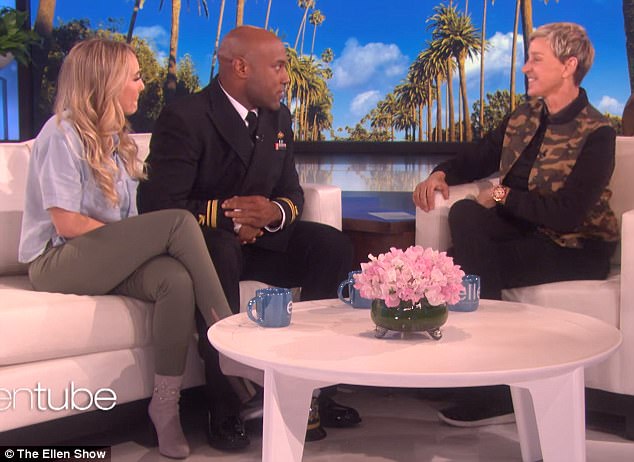 Sweet! Ellen later surprised Maura with a six-night stay at a resort in Koala, Hawaii. She is not allowed to give Noah a gift because of his status in the military, but Maura can bring a guest

At this point, the crowd erupted in cheers as Noah stepped onto the set in his Navy uniform, carrying the tickets and a beautiful bouquet of flowers for his girlfriend.

Maura, who was hugging Ellen, immediately ran towards him and jump in Noah’s arms for an incredibly emotional reunion that quickly brought the audience to tears.

Noah and Maura later sat with Ellen for a chat, with Noah telling the anchor: ‘I just wanted to do something special for her.’

The couple was planning to travel to Puerto Rico upon Noah’s return, but have instead donated the money they would have spent on the trip to Ricky Martin’s relief fund in the wake of Hurricane Maria.

Ellen explained that she was unable to give Noah a gift because he’s not allowed to accept presents due to his position in the military, but pointed out that nothing prevents her from giving Maura a gift, which she might then share with him.

She thus offered Maura a six-night stay at a resort in Koloa, Hawaii, and said that she is free to bring Noah as a guest if she so desires.

‘It was just an all around amazing experience!’ Maura told WBSM about the reunion. ‘I will remember it for the rest of my life! I’m so happy to have my boyfriend home and I am just so grateful for everyone that surprised me and made it such an amazing special moment!’