Elon Musk is putting his money where his mouth is.

As part of the deal, Tesla must grow in $50 billion leaps, to a staggering $650 billion market capitalization, the company said.

To put those demands in perspective, the electric car maker, based in Palo Alto, California, is worth less than $60 billion today.

As part of Tesla chief Elon Musk’s new pay package, the electric car company will have to reach some insane financial targets, lest he be paid a cent. One goal envisions Tesla reaching a $650 billion market cap — a far cry from the firm’s current $59 billion valuation

The SpaceX and Tesla CEO has agreed to a new, all-or-nothing pay package.

As part of the agreement, Musk will only get paid if the electric car company can reach a $650 billion valuation in the next two years.

That requires Tesla’s valuation to grow in $50 billion leaps each year for the next 10 years.

If successful, Musk stands to make as much as $55 billion.

But if the goals aren’t reached, Musk won’t get paid.

Tesla must hit a series of escalating sales and profit targets over the next ten years.

If successful, Musk stands to make as much as $55 billion, based on stock options.

Not only would Musk’s riches rise to new heights, but Tesla’s new valuation would make it ‘one of the most valuable companies in the world,’ the company noted.

If Tesla’s market cap doesn’t skyrocket to a blistering $650 billion, then Musk has said he won’t get paid.

‘If all that happens over the next 10 years is that Tesla’s value grows by 80 or 90 percent, then my amount of compensation would be zero,’ Musk told the New York Times.

In order for Musk to reap any rewards, he must stay on as CEO or serve as both executive chairman and chief product officer.

The agreement also allows for Musk to name another CEO in the future.

Tesla said while it doesn’t currently intend for Musk to step away from the CEO role, the terms allow Musk to potentially focus more of his attention on key product and strategic matters in the future.

Musk has worked under similar all-or-nothing conditions before, put in place in 2012.

Under that agreement, Musk was awarded pay if Tesla’s market cap climbed in $4 billion increments.

The company also had to hit matching operational milestones, including vehicle production targets and developmental milestones tied to the Model X and Model 3 programs.

Tesla wound up reaching all of the market cap milestones and nine of the 10 operational milestones. 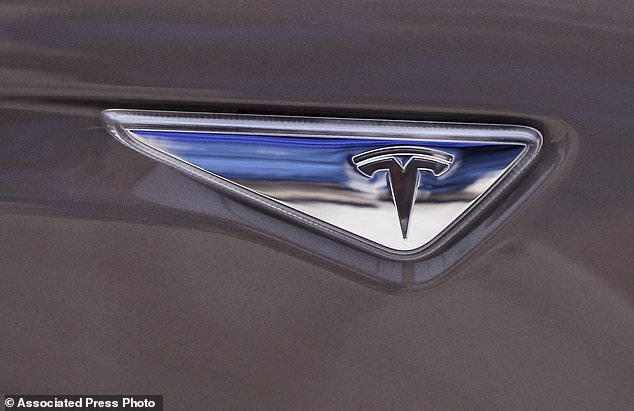 Musk’s new package is liable to come under scrutiny given that Tesla has yet to meet many of its existing goals. In particular, the electric car company has consistently fallen short of its internal production targets for the Model 3 sedan, which is Tesla’s cheapest vehicle yet.

The five-seat sedan will travel 215 miles (346 kilometres) on a single charge.

It will be sporty, accelerating from zero to 60mph in under six seconds.

The California-based company aims to make 5,000 Model 3 sedans per week by the end of Q2

When that pay package was created, the company was worth a fraction of what it is worth now, and the goals have become more highflying.

Now, speculation abounds as to whether Musk will be able to achieve his latest goals or if it’ll end up being just a pipe dream.

Tesla’s latest track record doesn’t do much to satisfy those concerns.

Earlier this month, Tesla said it had produced 2,425 of its low cost Model 3 sedans, which was far short of the 2,900 units estimated by Wall Street analysts and investors.

That’s only a fraction of the 20,000 per month that Musk promised last summer when the car first went into production.

That’s after the company also came up short of its production and delivery goals in 2017 and 2016.

Making matters worse, Tesla has yet to reach profitability. It’s under enormous pressure for the Model 3 to succeed as many believe it could be the car that makes the company a mainstream hit.

Musk is also balancing leadership duties at two other companies: SpaceX and the Boring Company.

His aerospace firm, SpaceX, has been busy prepping for the launch of its giant Falcon Heavy rocket, while the Boring Company has laid out plans to dig a 6.5-mile tunnel under Los Angeles.

Musk’s new pay package still needs the approval of Tesla shareholders, who will vote on it at a special meeting in late March.

Elon and Kimbal Musk, Elon’s brother, will recuse themselves from the vote.