Elton John was forced to cancel his A Day on the Green show as hailstones and thunderstorms flooded the stage.

The artist was playing his 1973 ‘Funeral For A Friend’ 95 minutes into his concert at Rochford Wines at Yarra Valley in Victoria when a severe storm pummeled concertgoers.

Footage shows revellers enjoying the set before three of Elton’s assistants walked on stage and ushered him off to the sound of cheering.

At the beginning of the set, Elton made a comment about the scorching 40 degree temperature. 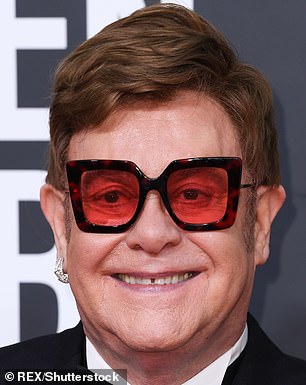 At the beginning of the set, Elton made a comment about the scorching 40 degree temperature

‘Thank you for buying a ticket to the show. We love doing it, even though it’s hot.’

When it started to rain, concertgoers cheered as it helped cool them down.

Fifteen minutes after he was pulled off stage, promoter Michael Chugg said the rain caused a shorted circuit.

However, Saturday’s show is expected to go ahead, with organisers releasing a statement on Friday.

‘Unfortunately due to tonight’s short but heavy downpour that occurred 95 minutes into Elton John’s set resulting in damage to musical instruments and monitors on stage, the show could not continue,’ the statement said.

‘We too are upset about the impact of the weather on tonight’s show. Please hang on to your tickets to await further information.

‘As soon as we have any further details we will let you know. At this stage tomorrow’s show is proceeding as planned.’ 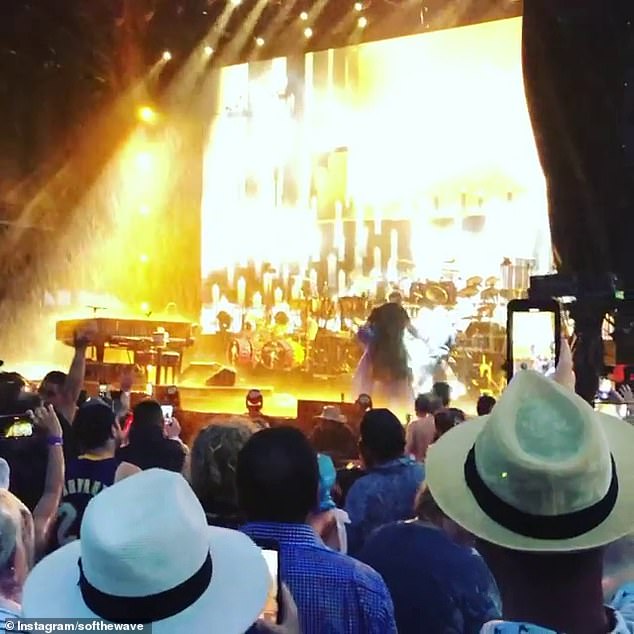