Elvis’s grandson Benjamin Keough shot himself in the head

Lisa Marie Presley’s son Benjamin Keough put a shotgun in his mouth and pulled the trigger at his family’s $1.8million mansion.

DailyMail.com has learned exclusively that Benjamin had locked himself in a bathroom of the  five bed, three-bathroom luxury property in the early hours of Sunday.

When the 27-year-old’s body was discovered by someone in the house, who then called 911, responding LA County Sheriff’s Department deputies found Benjamin’s lifeless body slumped on the toilet, in a chilling echo of the death of his famous grandfather, King of Rock and Roll Elvis Presley.

And in a shocking turn of events LA County Coroner’s office told DailyMail.com that an autopsy, which was completed on July 13, showed the cause of death as ‘Intraoral shotgun wound’ and not a gunshot wound to the chest as previously reported.

The location of his suicide is harrowingly similar to the famously indecorous death of Benjamin’s grandfather Elvis ‘The King’ Presley almost 43 years ago.

Elvis Presley’s grandson and Lisa Marie Presley’s son, Benjamin Keough, died from a reported self-inflicted gunshot wound. The LA County Coroner’s office says that an autopsy showed the cause of death as ‘Intraoral shotgun wound’ and determined the manner of death was suicide. He is pictured with his mom in 2012 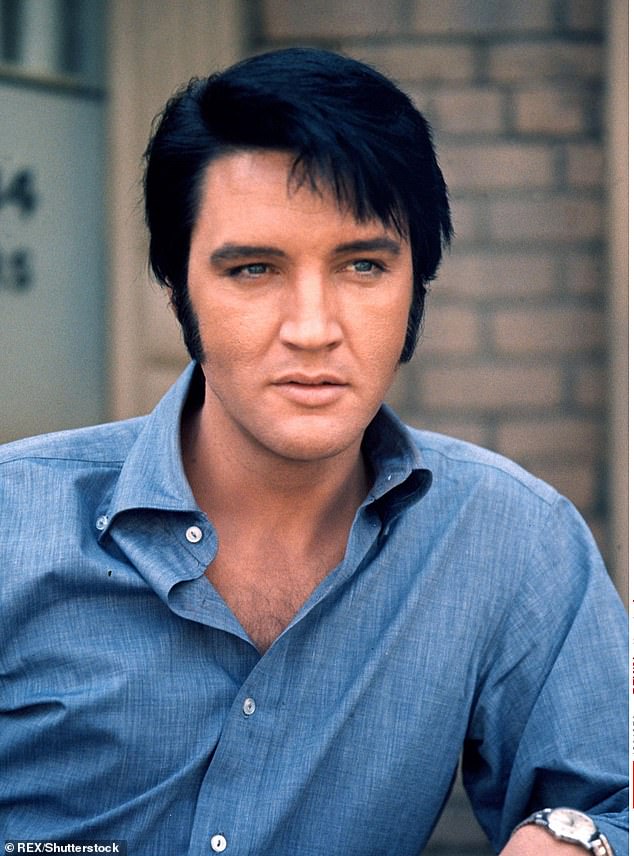 Keough died while in the bathroom of his family’s $1.8million mansion in Calabasas California. His death is harrowingly similar to the famously indecorous death of Benjamin’s grandfather Elvis ‘The King’ Presley almost 43 years ago

On the morning of August 16, 1977, Elvis’ then fiancée Ginger Alden found him next to the toilet in the master suite bathroom on the second floor of his Graceland mansion in Memphis, Tennessee.

The Until It’s Time for You to Go singer was unresponsive, lying face down in a pool of vomit, his trousers around his ankles.

It’s widely understood Elvis, who at just 42 was a bloated, faded version of his former self, had a heart attack while sat on the toilet, most likely while straining too hard, before falling forward.

He was rushed to the Baptist Memorial Hospital in Memphis, but doctors couldn’t revive him and he was pronounced dead at 3.30pm.

was somehow paying macabre homage to his late grandfather by choosing such a venue for his death, the discovery will only cause further heartache for the Presley family.

Benjamin was the son of musician Danny Keough, who married Lisa Marie in 1988 and divorced her in 1994.

His mother, who has three other children, had previously spoken of her son’s similarity to her dad Elvis, calling their resemblance ‘uncanny’. 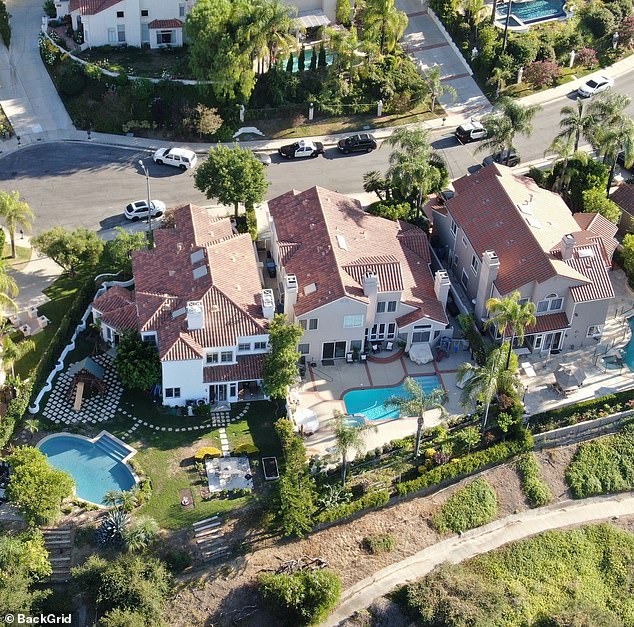 DailyMail.com has learned that the 27-year-old’s lifeless body was discovered by deputies slumped on the toilet in the family’s Calabasas, California, home 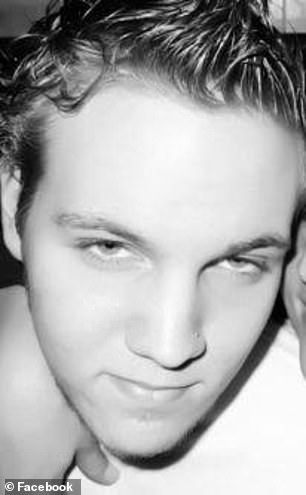 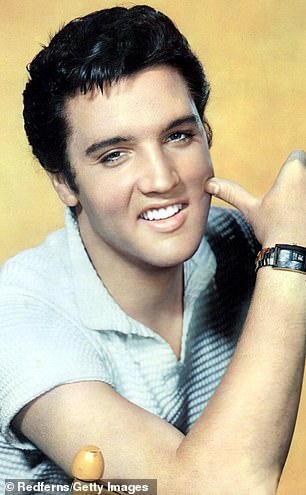 ‘Ben does look so much like Elvis,’ Lisa Marie said in a 2012 interview with CMT. ‘Everybody was grabbing him for a photo because it is just uncanny. Sometimes I am overwhelmed when I look at him.’

Elvis’ daughter went on to marry Michael Jackson, Nicholas Cage and finally in 2006 music producer Michael Lockwood, with whom she had twin girls.

Benjamin grew up with his mother and Lockwood in Calabasas.

His mother’s latest marriage ended in an acrimonious divorce. She filed for the split in 2016.

DailyMail.com revealed Monday that neighbors heard a woman screaming ‘don’t do it’ at around 3.30am Sunday. It’s understood the woman was Benjamin’s girlfriend Diana Pinto was later heard telling police she feared his mother Lisa Marie and the rest of his family would ‘blame her’ for his death.

Neighbors said people were partying at the home at 1am and heard screams around 3.30am. They noted police showed up to the home hours later around 6am.

‘She said, ”the family’s going to hate me” and ”they’re going to blame me.” I think she was feeling guilty for it happening.’ 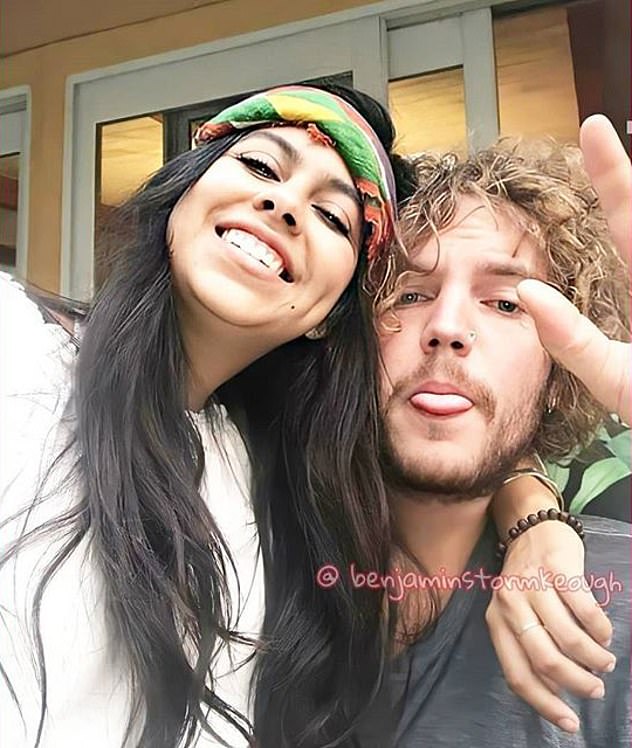 This is the girlfriend of Benjamin Keough, who pleaded with him not to shoot himself, later telling police she feared his mother Lisa Marie Presley and the rest of his family would ‘blame her’ for his death, DailyMail.com can reveal 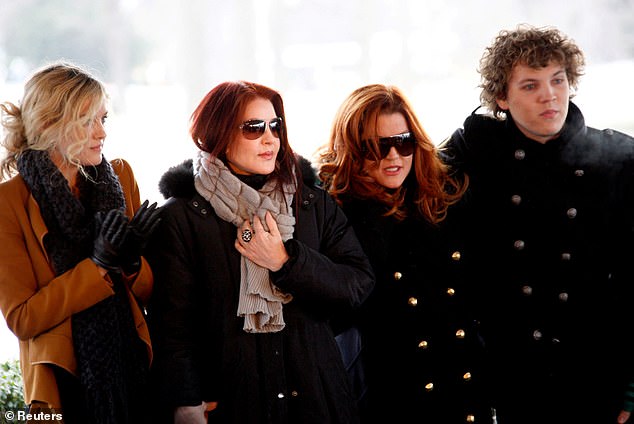 The Sheriff’s Department issued a statement Sunday saying Benjamin had died after suffering ‘one gunshot wound to the upper torso.’

The statement said officers were dispatched to the home in the gate guarded Calabasas Estates community at around 6.30am.

‘Upon their arrival, they located the victim suffering from one gunshot wound to the upper torso. The victim was pronounced dead at the scene,’ the statement said.

After news of the death emerged, bereaved Lisa Marie’s representative told DailyMail.com: ‘She is completely heartbroken, inconsolable and beyond devastated but trying to stay strong for her 11-year-old twins and her oldest daughter Riley. She adored that boy. He was the love of her life.’ 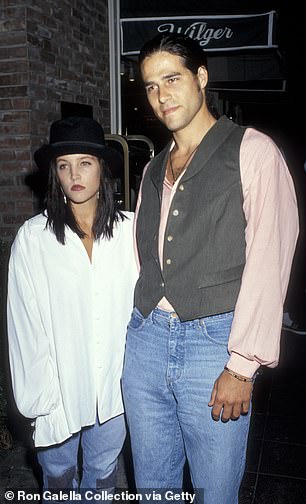 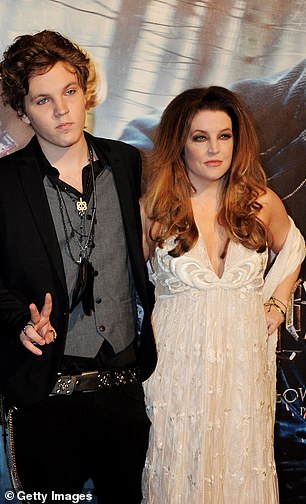 Benjamin’s sister, actress and model Riley Keough, has embraced the limelight from her famous family, starring in Magic Mike, Mad Max: Fury Road, and Starz TV show The Girlfriend Experience. But little was publicly known about her more reclusive brother.

Riley, 31, told UK newspaper The Guardian that she and Benjamin had a mixed upbringing, split between their mother’s lavish and star-studded lifestyle and their father’s modest living.

‘I grew up very privileged with my mother, but my dad didn’t live like that. And I think experiencing both sides has been helpful,’ Riley said in the 2017 interview. ‘My father had mattresses on the floor of his apartments. He lived in cabins and trailer parks. He just didn’t have much money.

‘When I was like eight I told him, ”I want to grow up and be poor like you!” He was eating a bowl of cereal. I didn’t realize how wildly offensive that was!’