Emile Smith Rowe hails Arsenal’s leaders after win over Aston Villa, saying Pierre-Emerick Aubameyang, Gabriel and Ben White are all standing tall for the Gunners and helping them become ‘a strong team’

Emile Smith Rowe has hailed the influence of Pierre-Emerick Aubameyang, Gabriel and Ben White after Arsenal’s 3-1 win over Aston Villa.

Smith Rowe played a starring role in the victory, picking out Thomas Partey from a corner for the opener before grabbing his team’s third on 56 minutes as he latched onto a glorious outside-of-the-foot pass from captain Aubameyang to drive into the box and hit a shot which deflected off Tyrone Mings and trickled in off the post.

This latest triumph makes it six unbeaten in the league – the first time they’ve achieved that feat since January this year – and speaking after the game, Smith Rowe picked out some of the bigger personalities in the dressing room that have inspired that run, telling Sky Sports: ‘There’s a few [leaders] to be honest. Aubameyang the captain is always speaking, Gabriel, Ben [White] as well. 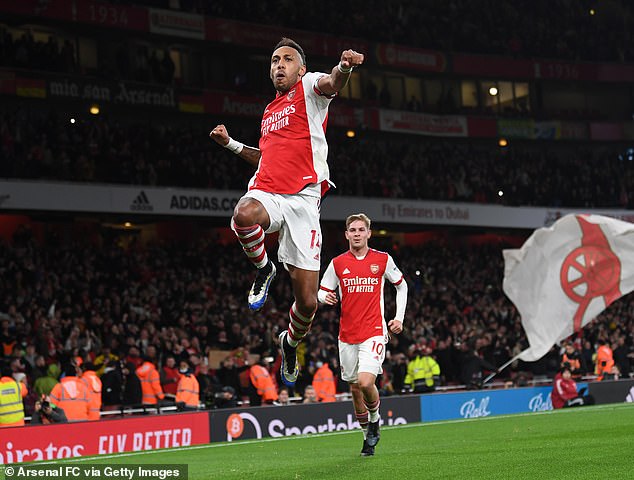 ‘I feel like together we are such a strong team and we’re coming together really well. We always try and help each other on and off the pitch. It’s really starting to show.

‘Playing with these experienced players, it’s a bit surreal at times, but it’s great when we step on the pitch together and I feel like the chemistry is really coming together.’

Before setting up Smith Rowe’s strike, Aubameyang got the second of the evening after Mikel Arteta’s men were awarded a penalty for Matt Targett’s challenge on Alexandre Lacazette. 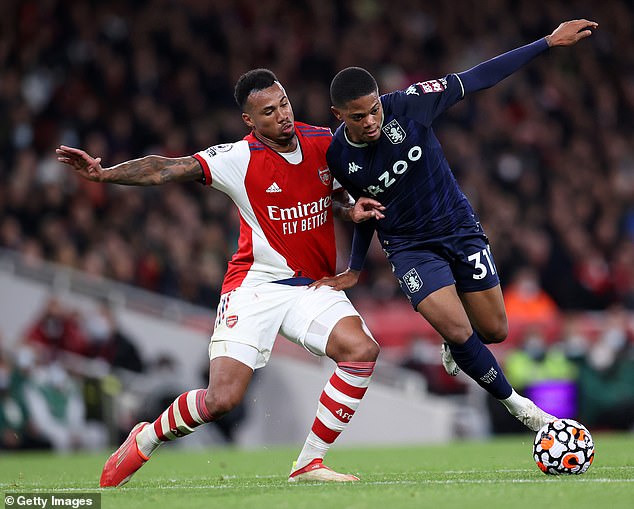 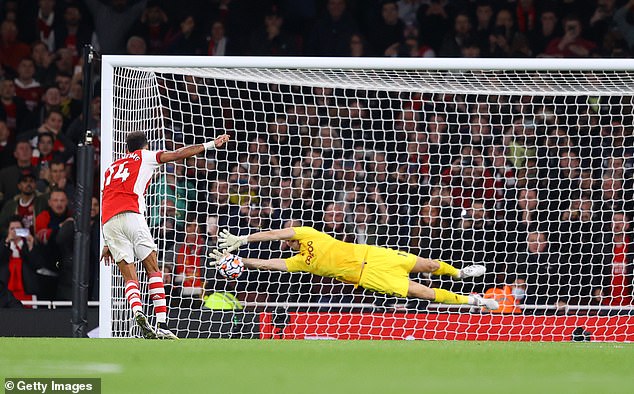 The whistle had already blown for half-time when Craig Pawson was called over to the VAR monitor and the referee pointed to the spot for the Gunners’ leading marksman this season to bag his seventh in all competitions and net in his fourth successive home league game – but only after former team-mate Emiliano Martinez had saved his initial effort.

Arsenal get back to business at the Emirates on Tuesday as they play Leeds in the fourth round of the EFL Cup.

Arteta then takes his charges to Leicester next Saturday before they host newly promoted Watford ahead of the international break. 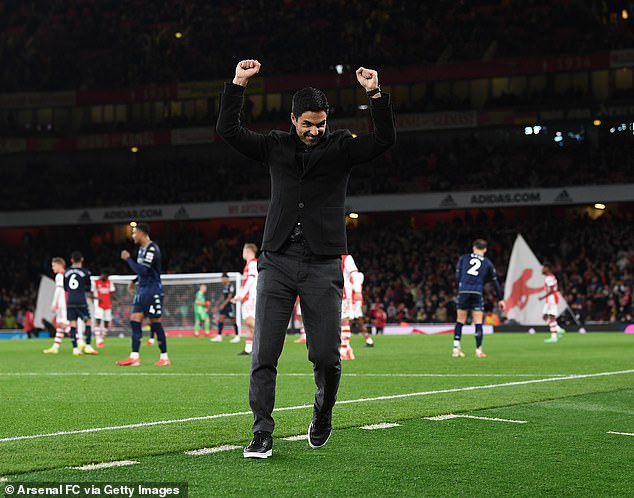