The sister of Emiliano Sala has adopted the footballer’s loyal dog, which was pictured waiting for the him to come home after he was killed in a plane crash.

The striker’s dog, Nala, was living at his home in France ahead of their planned move to Cardiff City last month.

But a photo showed the black Labrador staring out into the street after the plane carrying him between Nantes and the Welsh capital crashed into the sea.

Sala’s sister Romina has now revealed she is adopting the dog, which she referred to as her brother’s ‘faithful companion’. 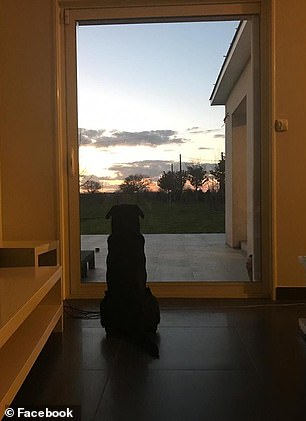 Emiliano Sala’s dog, Nala (pictured with the star) was seen pining for him after his plane crash 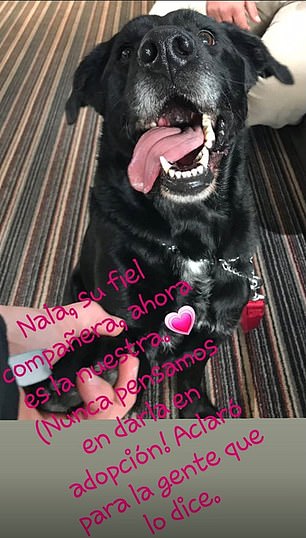 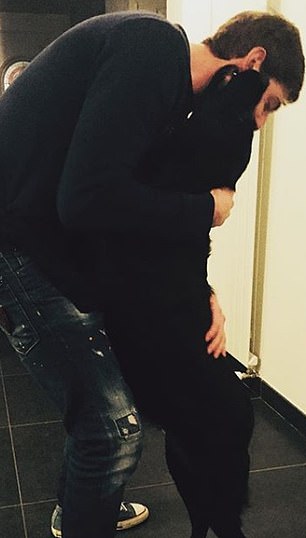 She tweeted a photo of Sala and the dog, and another with the message: ‘Nala, your faithful companionship is now ours. (We never thought of giving her up for adoption. I will clarify this to ensure people are aware).’

The dog is believed to be one of the reasons for Sala’s return to France after signing in Cardiff, as the striker also said farewell to his former teammates at Nantes before making his way back to Wales.

He was understood to have taken the beloved pet to the kennels before starting the process of moving her to the UK to live with him.

Sala’s family and the wife of pilot David Ibbotson are waiting for a body which was recovered from the wreckage of their plane to be formally identified.

Investigators removed the body from the Piper Malibu N264DB on Wednesday, and have ended their attempts to recover the aircraft wreckage because of poor weather.

The body was brought to Portland, Dorset, by the Geo Ocean III boat, today and taken on a stretcher to an ambulance, before being transferred to the coroner. 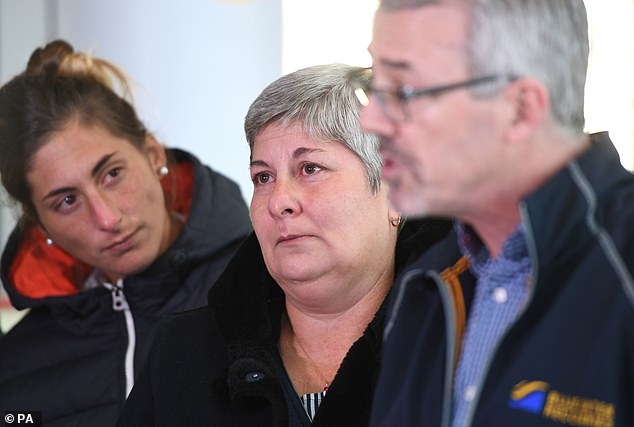 Romina has been supporting her mother, Mercedes, since her brother’s plane went down 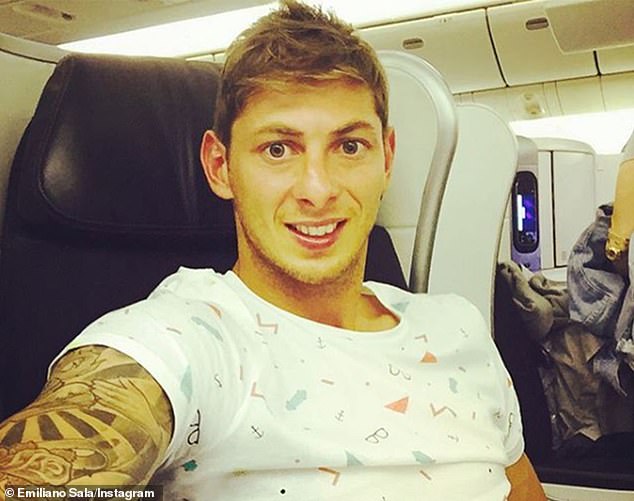 The Air Accidents Investigation Branch (AAIB) said the families of both men had been kept informed of progress, and identification of the body was a matter for the police and coroner for Dorset.

A statement issued by the coroner and Dorset police said the body was brought to Portland Port as it was the nearest part of the British mainland to where the plane was located.

‘The coroner will investigate the circumstances of this death supported by Dorset Police. A post-mortem examination will be held in due course,’ the statement said.

‘While formal identification is yet to take place, the families of Emiliano Sala and David Ibbotson have been updated and will continue to be supported by specially-trained family liaison officers, during this difficult time.’ 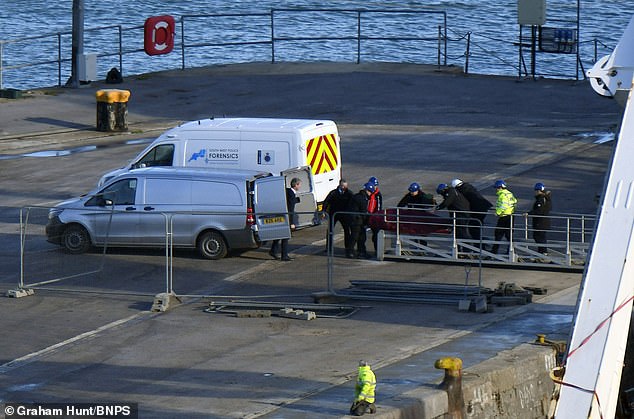 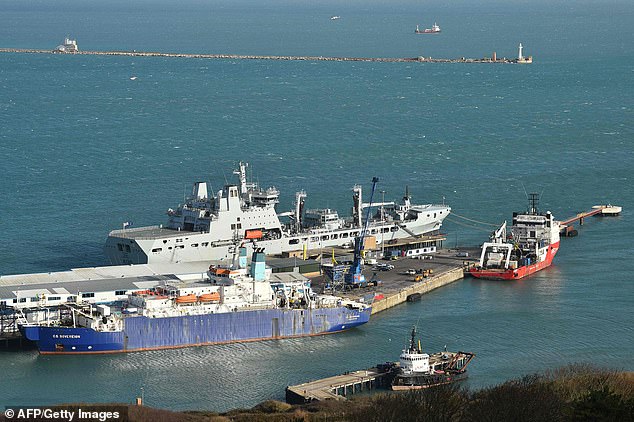 It is unclear whether the body, brought to shore by this boat (right) this morning is that of Sala of the plane’s pilot, David Ibbotson 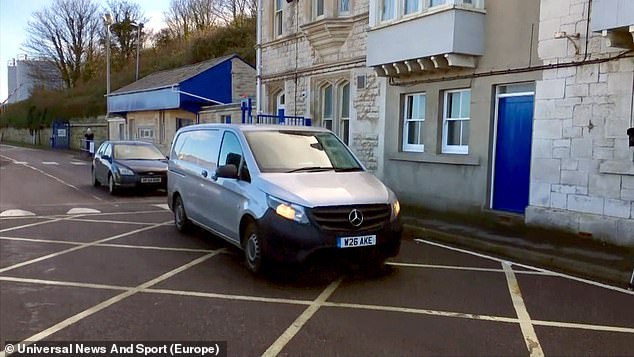 The AAIB said it decided to attempt recovery operations after using a remotely operated vessel (ROV) to examine the accident site off the coast of Guernsey.

‘In challenging conditions, the AAIB and its specialist contractors successfully recovered the body previously seen amidst the wreckage,’ it said.

‘The operation was carried out in as dignified a way as possible and the families were kept informed of progress.

‘Unfortunately, attempts to recover the aircraft wreckage were unsuccessful before poor weather conditions forced us to return the ROV to the ship.

‘The weather forecast is poor for the foreseeable future and so the difficult decision was taken to bring the overall operation to a close.’

The AAIB added: ‘Although it was not possible to recover the aircraft, the extensive video record captured by the ROV is expected to provide valuable evidence for our safety investigation.’

The aircraft remains 67 metres underwater 21 miles off the coast of Guernsey in the English Channel.