Emily Maitlis gives her answers to our questions

We ask a celebrity a set of devilishly probing questions – and only accept THE definitive answer. This week it’s Newsnight presenter Emily Maitlis

The prized possession you value above all others… A gold chain bracelet from my father Peter. It’s made from a thick gold bracelet my grandmother Judith took when her family had to flee Berlin after Hitler came to power. My father had it melted down and made into three pieces, one for each of his daughters.

The biggest regret you wish you could amend… I regret saying yes to too many things. I look at my diary some weeks and think, ‘Why did I agree to that?’

The temptation you wish you could resist… My addiction to online shopping, particularly late at night after wine. Next day I’ll think, ‘Oh lord, really?’

The book that holds an everlasting resonance… The Goldfinch by Donna Tartt stopped me in my tracks. I devoured it and lost myself in it one skiing holiday, and I cried when I finished it.

The priority activity if you were the Invisible Woman for a day… I’d spend the afternoon in the Oval Office. With Trump in power these are interesting days.

The pet hate that makes your hackles rise… Rain. I take it personally and assume it’s vindictive. I can’t follow the British principle of Keep Calm and Carry On. My motto is: cancel and cart yourself off to bed.

The piece of wisdom you would pass on to a child… Always remain questioning and sceptical about any collective thinking that rules out dissent or opposition.

The figure from history for whom you’d most like to buy a pie and a pint… Cleopatra. She spoke nine languages and commanded an empire at 19. There’d be a lot to talk about.

The film you can watch time and time again… Bridesmaids. The script is superb and it has some deliciously cringey moments and characters you want to punch. 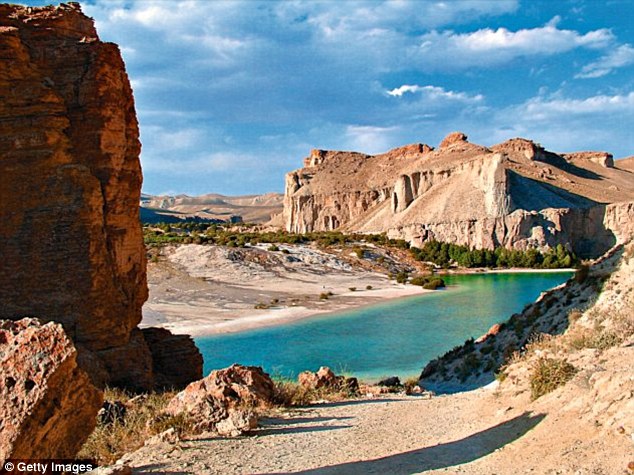 The unlikely interest that engages your curiosity… Adrenaline, because I live by it. I use it on air for long stints like a general election, and for endurance running. The lows are terrible when it runs out. But though I’m an adrenaline freak, I’m a very slow driver!

The person who has influenced you most… My husband Mark. I owe him a huge amount for taking me out of my bubble, shaking me up and making me think differently.

The unending quest that drives you on… My Puritan streak means I don’t enjoy rest until it’s earned. The greatest emotion for me is relief, and I’m never happier than after a 12-mile run.

The poem that touches your soul… Fern Hill by Dylan Thomas. I learnt it as a child and have read it so many times, but at 47 I still have no idea what it means. It has the ability to make me speechless, lost in thought. 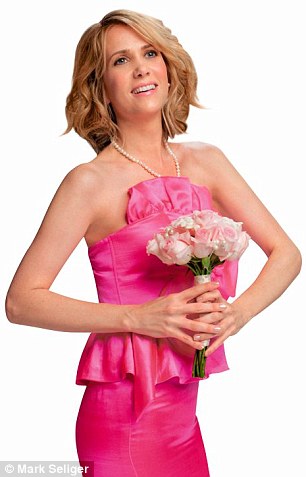 She says that she could watch the film Bridesmaids (pictured) repeatedly

The event that altered the course of your life and character… Taking a random job offer in TV in Hong Kong on a whim after university. It was meant to be for six weeks, but I stayed for six years. It taught me how to be brazen and to find my voice.

The song that means most to you… Leonard Cohen’s Dance Me To The End Of Love. I grew up in Sheffield with Cohen blaring out around the house from my sisters. He haunts me.

The treasured item you lost and wish you could have again… The ability to do the splits. I used to be very supple but running’s made my muscles tighter.

The crime you would commit knowing you could get away with it… I’d come straight from the park and present Newsnight in a hoodie and leggings.

The misapprehension about yourself you wish you could erase… That I’m kind, patient and wise. I’m horribly impatient and say dreadful things.

The way you would spend your fantasy 24 hours, with no travel restrictions… I’d spend the morning travelling through lots of potentially dangerous places, but sliding out before the trouble started. I have an odd fascination with Haiti and El Salvador and I’d also go to the remote mountain areas of Afghanistan. I would spend the afternoon hiking through the Dolomites, ending with a swim in a bright-green glacial lake. Supper would be at Fernando’s, a Portuguese restaurant in Macau, where I had my favourite meal ever – fresh prawns, crab, amazing warm bread and gallons of rosé wine – in an old-fashioned beach hut open to the elements.

The happiest moment you will cherish forever… I get frequent surges of happiness from the relief that comes when something’s gone well, like an election marathon or an important interview.

The saddest time that shook your world… Covering tragedies such as terrorist attacks and the Grenfell fire get harder as I get older. In general I’m incredibly happy, but those moments test my ability to put on a brave face.

The unfulfilled ambition that continues to haunt you… To do the splits again. I’ll keep trying until the end!

The philosophy that underpins your life… Be wary of too much consensus. And never worry about sounding the unfashionable note in the room.

The order of service at your funeral… I want Dance Me To The End Of Love, some great poems and wonderful music, and for someone special to make a funny speech taking the mickey out of me. They’d say, ‘Finally, a social event she couldn’t get out of…’

The way you want to be remembered… ‘Wherever she went, including here, it was against her better judgment.’ [Copyright Dorothy Parker].

The Plug… Emily presents Newsnight on BBC2 weekdays from 10.30pm and is an ambassador for Centrepoint (centrepoint.org.uk) and World Jewish Relief (worldjewishrelief.org).