Emily Ratajkowski bundles up for stroll in New York City

She’s got an incredible figure and she’s not afraid to show it off.

But on Friday, Emily Ratajkowski opted to bundle up for her solo stroll in New York City.

The star, who had her chocolate colored hair loose, chose a leopard patterned winter coat, which featured large buttons.

She styled her locks loose around her, paired with statement making sunglasses and chunky gold earrings.

Emily finished off ensemble by opting to go makeup free.

The model and actress has three films set for release in 2018.

At the end of 2017, she shot the Matt Aselton directed film Lying and Stealing alongside Theo James. She stars as an aspiring actress with a closet full of skeletons. 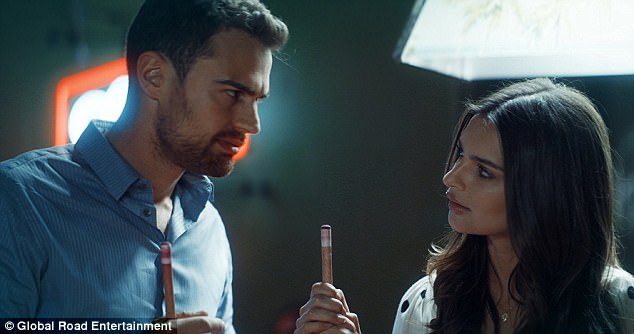 The film, which has a release date of June 29, is about a woman (Schumer) who wakes from a fall suddenly believing she is the most beautiful and capable woman on the planet.

She’ll also star with Breaking Bad star Aaron Paul in the thriller Welcome Home. The pair play a married couple who check-in to a rental house in the Italian countryside and soon become victims of the homeowner.

In an interview with Glamour magazine she said: ‘You really have to prove yourself in this industry and I’m very much up for the challenge.

‘It takes a really long time to not only prove yourself, but also prove that you’re more dynamic than just this one part of you that they see.’