Young mum goes to hospital with ‘stomach pains’ and finds out she’s in LABOUR: ‘I had no idea I was pregnant and I didn’t have a bump’

A stunned mum-of-two has revealed she had no idea she was pregnant with her second child until moments before she gave birth.

Emma Fitzsimmons went to Port Macquarie Hospital last Tuesday with severe stomach pains – only to be told she was in labor.

The young woman was in disbelief when she heard the news and asked doctors to check the scans again. 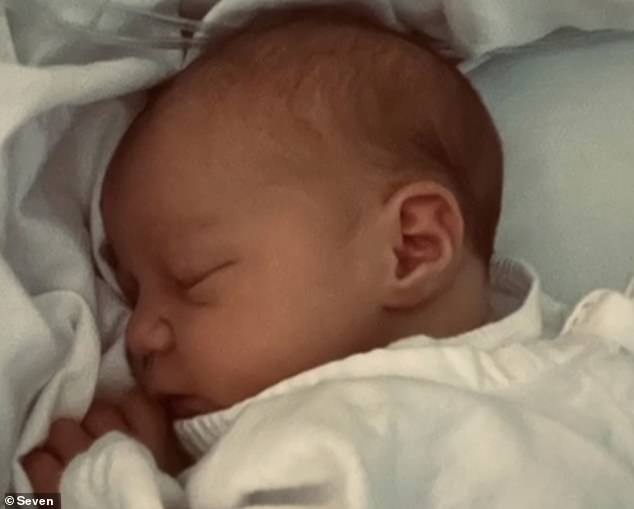 Emma, who gave birth to son William two years ago, only had a few minutes to come to terms with being pregnant a second time, she told Seven News.

Her baby, who was measuring at about 36 weeks, was quickly delivered by emergency C-section after doctors noticed her heart rate falling.

Emma’s partner Aaron was by her side the whole time, and was able to help the shocked mum welcome their daughter, Willow Rose, into the world.

‘With William, I found out about him at 11 weeks and I was sick all day everyday until 22 weeks, so it was completely different,’ she said of her two pregnancies.

‘They said that the reason I might not have felt her was because she could have been sitting all the way at the back and the placenta was at the front preventing any movement.’

Emma said she was ‘still wearing the same clothes’ and hadn’t put any weight on or ‘changed shape’ throughout the shock pregnancy.

HOW COMMON IS IT TO HAVE NO IDEA THAT YOU’RE PREGNANT?

A few studies have estimated that one in 400 or 500 women are 20 weeks, or about 5 months, into their pregnancy before they realise they are pregnant.

One in 2,500 women make it all the way to labor before they understand they’re going to have a baby. That’s about three times more common than a woman’s chance of having triplets.

Doctors suggest women with irregular periods, obese women and women with poor mental health are most likely to reach labor without knowing they are pregnant.