Emma Raducanu is showing signs that the shackles of being a teenage US Open champion may be coming off.

The British No1 yesterday made her first semi-final on the WTA Tour since her extraordinary triumph at Flushing Meadows last year, winning a third straight match for the first time since then.

Raducanu defeated world No 51 Magda Linette 6-2, 6-2 to make the last four of the Korea Open in Seoul. This morning she was due to face top seed Jelena Ostapenko, herself a one-time Grand Slam champion after her shock win at Roland Garros in 2017, in a bid to make the final.

Yet already there has been a step forward, with Raducanu’s ranking already guaranteed to be improved from the post-New York slump that saw it dip to 83.

The 19-year-old from Kent knows she has had to get back to basics and serve some of the apprenticeship she missed out on before her remarkable ascent of the 2021 summer.

‘You have got to mark the moment in a way,’ she said after a 76-minute victory. ‘It is pretty cool to be in my first semi-final and build my way on the tour in the right way, and to go through the stages.

‘It is quite a nice reward for all the hard work I have done on the practice court and a lot of hours. It is a really nice feeling.

‘Of course to do it here in Korea with the fan support it is amazing.’ 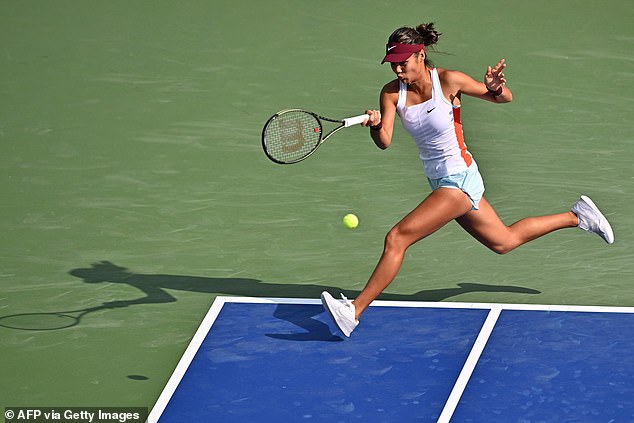 The British No 1 sealed a 6-2, 6-2 victory over her Polish counterpart to continue her top form 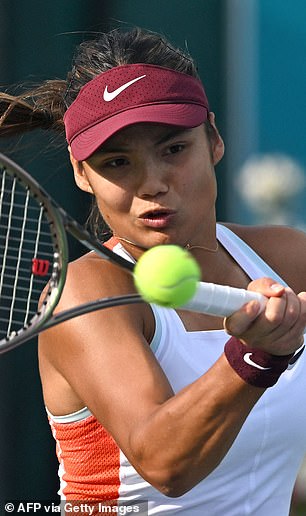 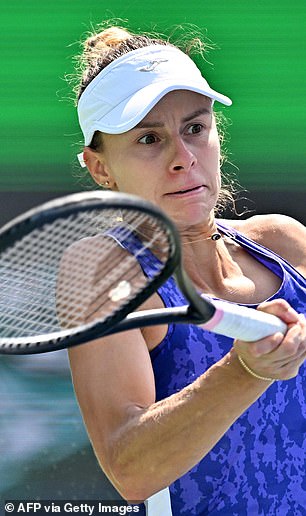 Raducanu was dominant on serve, winning 26 of the 27 points when she landed her first delivery. By the end her opponent was fading physically after reaching a final in India last week.

‘It was pretty cold conditions and windy,’ said Raducanu. ‘But it is the same for both players. You have to remind yourself of that. I don’t think either of us were feeling great, so it is a mental battle with yourself and I am happy how I pushed through that.

‘I’m happy with the way I’m building my game back up and progressing. And trying to set myself up as best as possible for next year and also just to improve my game and go through the development phase I kind of missed out on.

‘It’s not going to be an easy road back but it’s no fun if it all comes to you too easy.’