Emma Thompson at fracking protest after farmer sprayed manure at her

Protesters, led by over 100 women in white clothes, marched through Blackpool, Lancashire, to urge the Government to publish an internal report on fracking which ‘could call into question’ the viability of the industry.

Emma Thompson, 58, led holding a ‘NO FRACKING’ sign in solidarity with the throng of protesters, accompanied by Greenpeace activist Tina Rothery.

Two years ago when the Love Actually actress was in Lancashire, a farmer aimed manure at her while she staged a protest on his land in Preston.

Fracking is the process of drilling down into the earth before a high-pressure water mixture is directed at the rock to release the gas inside, something the demonstrators have opposed for years.

The method uses huge amounts of water, which must be transported to the fracking site, at significant environmental cost.

In an anti-fracking video, the actress said: ‘A lot of us in this country are not excited about fracking, at all. What we are excited about is renewable energy. 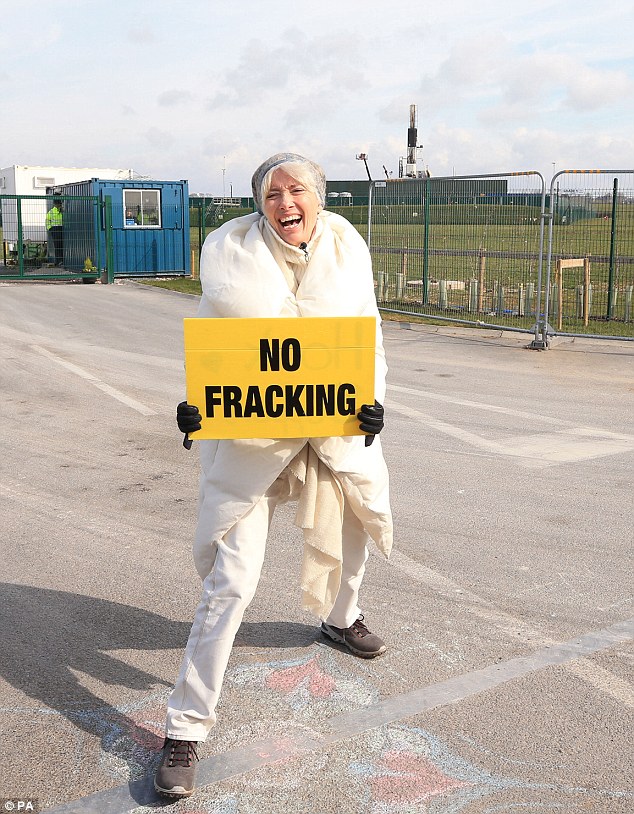 The actress angered a farmer in Preston, Lancashire, after climbing over this gate during the protest two years agi

‘After all we are living in one of the windiest countries in Europe, and are surrounded by oceans which also provide a lot of power.’

Environmentalists say potentially carcinogenic chemicals used may escape and contaminate groundwater around the fracking site and fracking is distracting energy firms and governments from investing in renewable sources of energy. 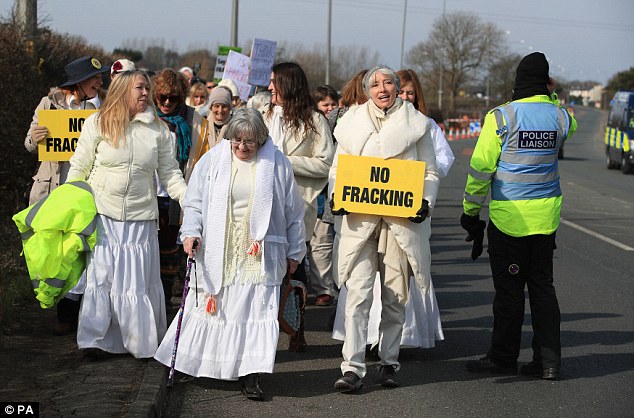 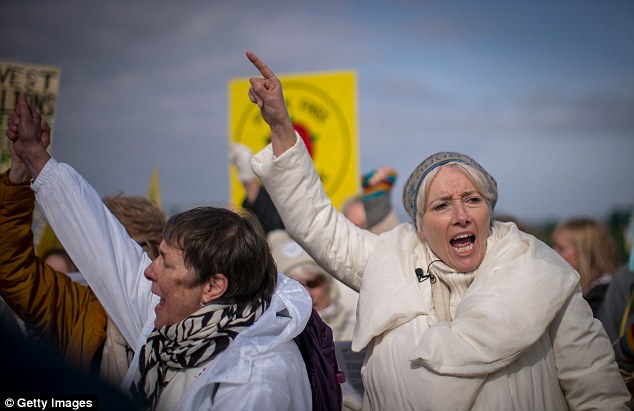 Following a silent protest, activists including the 50-year-old star gave speeches on the controversial method 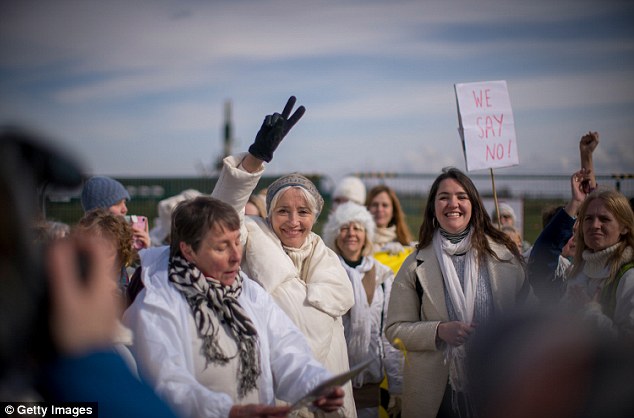 The demonstrators gathered at the site, earmarked for fracking, to show their opposition against the form of gas extraction

Lancashire County Council voted against the controversial drilling technique in 2015 but was subsequently overruled by the government.

Today’s 15-minute silent protest took place at the Preston New Road fracking site and was followed by speeches from Emma Thompson and other campaigners.

Greenpeace activist Mrs Thompson last visited the site in April 2016 when opponents of fracking occupied the field with a ‘frack-free bake-of’ event before the drilling began.

Francis Egan, CEO of Cuadrilla Resources – the firm drilling at the site – said: ‘We respect the right to peaceful and lawful protest, but it is simply incorrect for visitors like Emma Thompson to suggest that there are no benefits being created from our work in Lancashire.

‘So far we’ve invested over £7m into the local economy, created more than 50 local jobs and paid more than £300,000 in community benefits and initiatives.

‘It’s also not a question of renewables or gas, as we need both in the country’s energy mix.

‘With the decline of North Sea gas and our ever increasing reliance on gas imports, including gas imported from unpredictable regions such as Russia and the Middle East, developing an indigenous source of natural gas is critical for UK energy security, our economy, jobs and the environment.

‘This was made even more evident during the recent cold snap when National Grid warned that the country was running out of gas.’