Emmanuel Macron is said to be threatening to snub a crunch EU summit intended to seal a Brexit deal unless Britain caves in over the Irish border.

The French president apparently made clear he is ready to boycott negotiations as he led a brutal assault on Theresa May by the bloc’s leaders in Salzburg last week.

Mrs May was plunged into chaos after being bluntly told that her Chequers plan ‘will not work’.

Mr Macron was among those demanding the hardest line against the UK, and he vowed to torpedo talks unless Mrs May backs down on the Irish border.

The EU has insisted that the UK must agree to Northern Ireland staying within its jurisdiction for customs as part of a ‘backstop’ in the Withdrawal Agreement to avoid a hard Irish border.

But Mrs May says she will never accept such a plan as it would risk breaking up the UK.

One diplomat told The Times: ‘President Macron was very clear that unless there was a true Withdrawal Agreement in October, he would not show up in Brussels for the planned November summit. He flatly refused to.’

Refusing to attend a summit would be seen as a ‘nuclear option’ in Brexit talks – and would almost certainly spell the end of negotiations.

Mr Macron sparked particular outrage last week when he gloated that turmoil in negotiations will teach Britons not to listen to ‘liars’ about how easy it would be to leave.

In his press conference, Mr Macron said: ‘Brexit is the choice of the British people and it is a choice pushed by certain people who predicted easy solutions,’ he said in Salzburg,’ he said.

‘Brexit has shown us one thing – and I fully respect British sovereignty in saying this – it has demonstrated that those who said you can easily do without Europe, that it will all go very well, that it is easy and there will be lots of money, are liars.

‘This is all the more true because they left the next day, so they didn’t have to manage it.’ 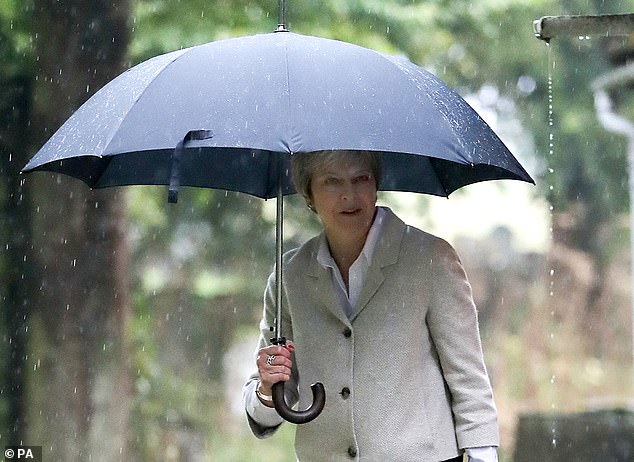 Mr Macron said it was true that Brexit negotiations had been complex and lengthy.

But he added: ‘That fact must not be exploited by those very people who are the cause of this problem, who got us into the Brexit situation and who now tell us that Europe is going from crisis to crisis.’

His claim the leaders of the Brexit campaign ‘left the next day’ after the vote appeared to confuse them with David Cameron, who quit as PM after calling on voters to back Remain.

By contrast, Brexit supporters David Davis, Boris Johnson and Liam Fox were brought into the Cabinet.