She said sex with her fiancé is ‘absolutely better’ in July after embarking on a weight loss journey.

And now, Lisa Riley can look forward to exchanging vows with her long-term partner Al after shedding a sensation 12 stone.

The Emmerdale actress, 44, revealed on Monday that she has never ‘felt better’ after she gave herself a lifestyle haul following the tragic death of her mother, Cath, to breast cancer in 2012.

New lease of life: Lisa Riley revealed on Monday that she has ‘never felt better’ after losing an incredible 12 stone after adopting a healthier lifestyle due to the death of her mother in 2012.

The actress, who usually keeps her relationship under wraps, confirmed her engagement to her musician partner of six years in 2018.

As she progresses into the next phase of their relationship, she is embracing her 12-stone lighter figure as she said to The Sun: ‘I love my 40s and I have never felt better.

‘I am curvy and I love my bum. I wear a four-inch mini skirt on set and we joke it might not be J-Lo but it’s mine! 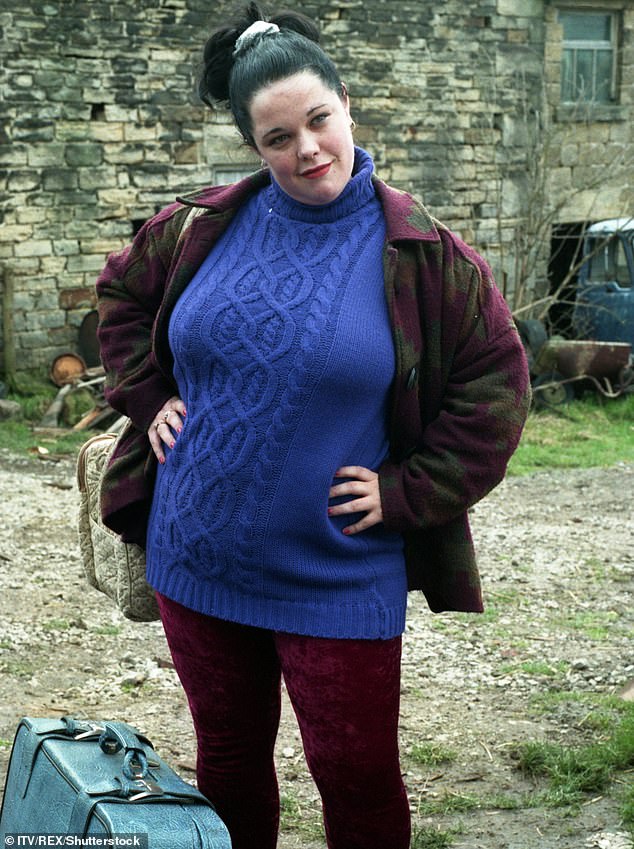 Celeb struggles: The Emmerdale actress, 44, compared the attention surrounding her weight loss journey to that of singer Adele and admitted that ‘my bum might not be J-Lo’s but I love it’

‘But it’s important that everybody should live the life they want to as nobody has any rights to judge a person about the way they look.’

The actress was a staple on Emmerdale from 1995 and 2001 as Woolpack barmaid, Mandy, who embarked on a rocky romance with the awkward Paddy Kirk.

Lisa returned to the set in January 2019 after 18 years away and is set to feature in explosive upcoming episodes with her horrible ex-love, Paul Ashdale. 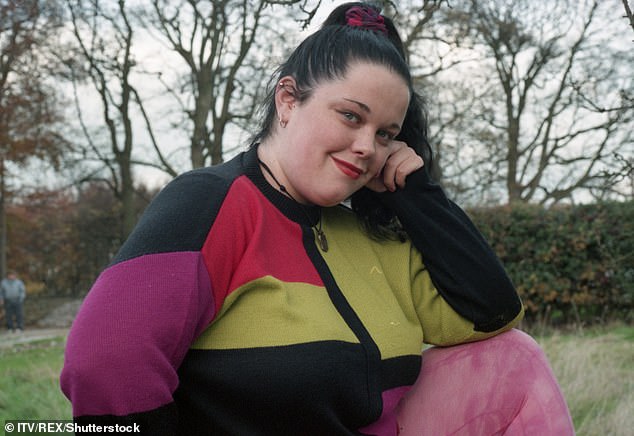 Soap start: The actress appeared on the countryside soap between 1995 and 2001 as Woolpack barmaid Mandy before departing for 18 years and eventually returning in 2019

During her break from the classic soap drama, Lisa appeared on the 2012 series of Strictly Come Dancing where she placed fifth.

It was the reality competition, followed by the tragic death of her mum Cath to breast cancer in the very same year that fuelled her desire to lose weight.

According to Lisa, her gene-profiling is ‘horrendous’, and her mother was around the same age that she is now when she was first diagnosed with cancer.

She is heartbroken that her mother won’t be able to see her get married, and her passing has forced her to become incredibly self-aware and go for regular checkups. 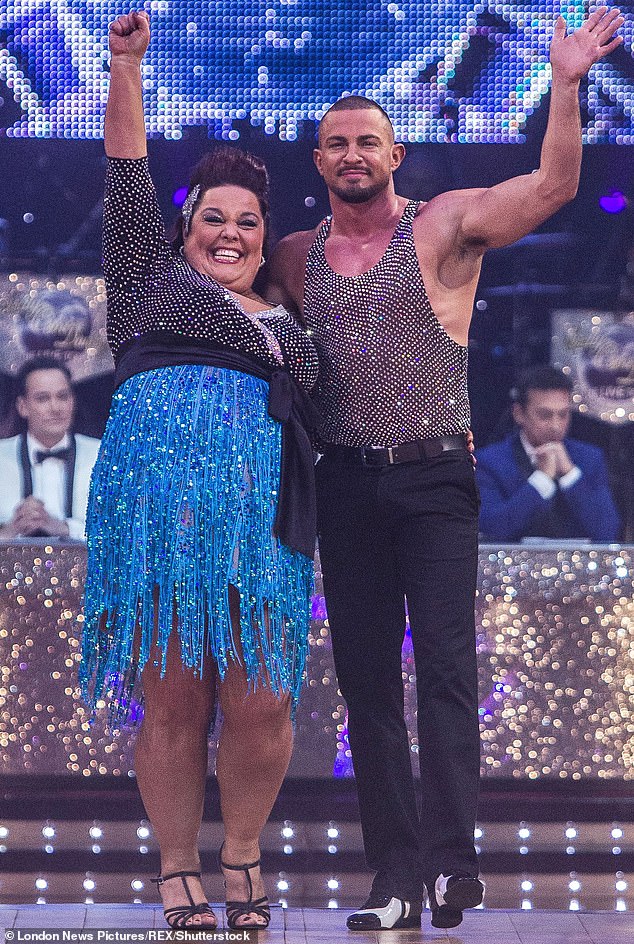 Dancing queen: Lisa appeared on the 2012 series of Strictly Come Dancing where she placed fifth and was inspired to prove to fans that she was not just a ‘chunky monkey’

The shocking turn of events inspired Lisa to do a 180 degree turn on her lifestyle, as she swapped takeaways for home-cooked meals and began exercising regularly.

Before she knew it, the actress had dropped down an incredible eight dress sizes as she went from a size 30 to a size 14 in the space of two years.

For five years, she has also gone teetotal and hasn’t touched alcohol or cigarettes.

Lisa said that she loves the fact she can inspire people to make healthy and positive changes to their life, but doesn’t want it to overshadow her career. 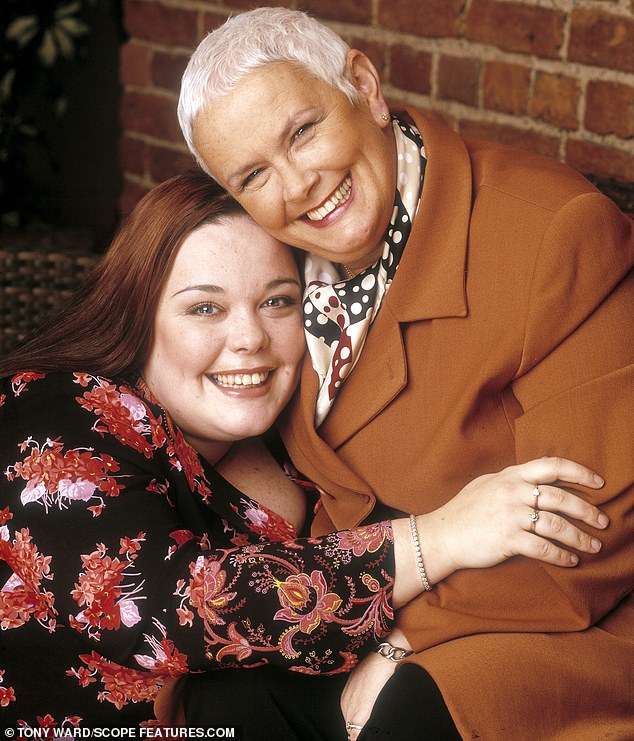 Motherly love: The actress tragically lost her mother Cath in 2012 due to breast cancer which inspired her to change her lifestyle and give up both alcohol and cigarettes

She touched on the British superstar, Adele 32, whose recent weight loss has become a topical discussion as she argues that it has wrongly overshadowed some of her career accomplishments.

She added: ‘It’s as if we are going to forget how many Grammys she has won and all of a sudden go, “She has lost an awful lot of weight.” Let’s talk about her talent and how phenomenal she is.’

According to Lisa, she believes they both experienced a ‘light bulb’ moment when they were inspired to change, as she said: ‘When mum died, I was petrified of developing Type 2 diabetes and I have got a feeling that she will have had some light bulb moment that triggered her, too.’ 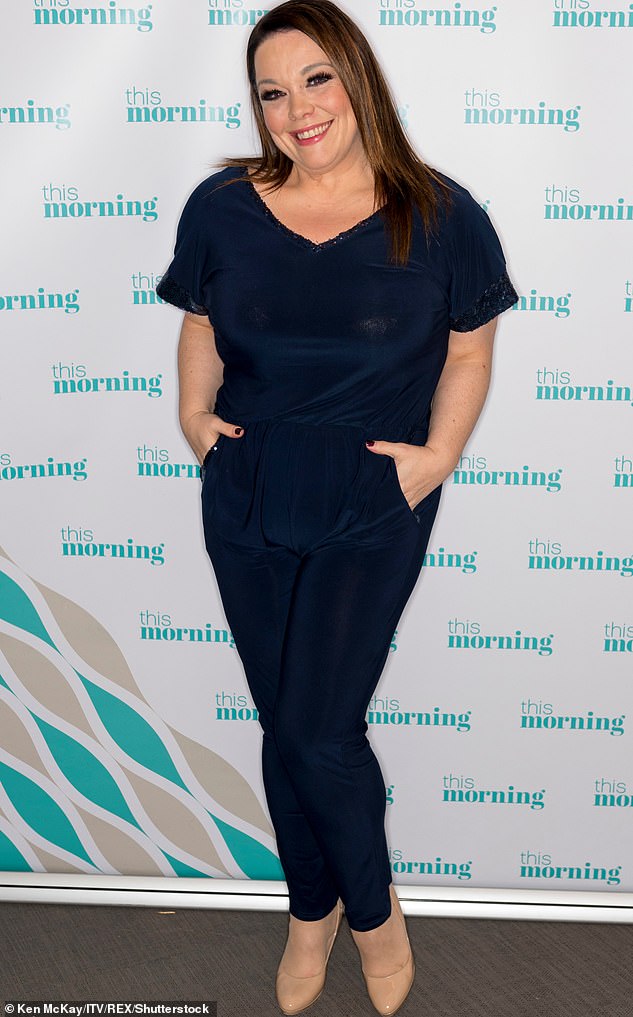 Slimmed down: The Emmerdale star has credited swapping takeaways for home cooked meals and regular exercise as the reason she was able to drop from a size 30 to a size 14

Her next life challenge is her upcoming wedding as social-distancing restrictions have meant the couple haven’t been able to confirm a final date or venue.

Lisa doesn’t intend on hosting a lavish event or magazine deal and will probably jet off to New York for a private ceremony as she ‘loathes’ fuss and publicity.

The actress has gone to great lengths to keep her relationship with Al out of the public eye and professes that the reason their relationship works is because they are simply a ‘normal’ couple. 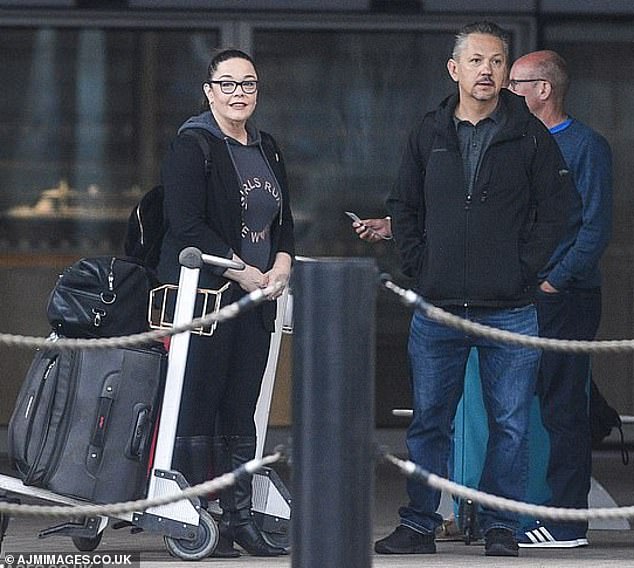 Private life: Lisa notoriously keeps her relationship with her partner of six years, Al, out of the public eye as she credits the normality of their partnership as the key to it’s success