Emmy Rossum and her Sam Esmail step out together in Paris

They tied the knot during an intimate and romantic ceremony in New York City in May, following a two-year engagement.

And Emmy Rossum, 31, and Sam Esmail, 40, looked just as loved up as ever last week, when they were spotted enjoying a romantic break in Paris.

Wearing matching black coats, the lovebirds were seen soaking up some culture at the City of Light’s Orsay Museum, before heading out for a spot of shopping.

Out: Emmy Rossum and her husband Sam Esmail were spotted out and about in Paris last week

Shameless star Emmy effortlessly blended in on the streets of the chic metropolis, wearing a long black coat over a leopard-print dress, which she teamed with black tights and matching leather booties.

With a cream woolly hat resting atop her chestnut brown mane, the actress strolled alongside her husband, who looked casually cool in a black sweater under a pea coat, which he teamed with jeans and a pair of rugged boots.

The bespectacled couple appeared to be relaxed as they soaked up the sights thousands of miles away from their US home. 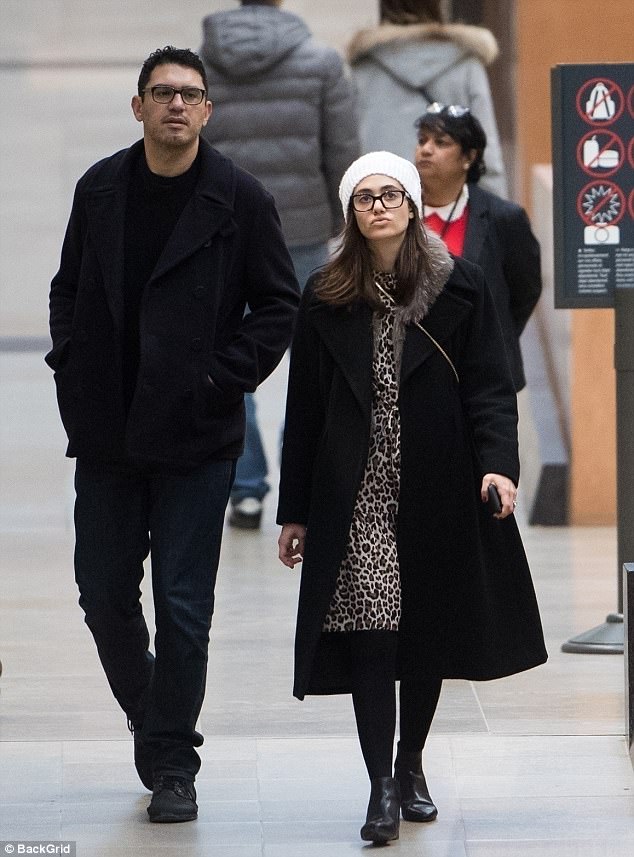 City of Light: Wearing matching black coats, the lovebirds were seen soaking up some culture at the City of Light’s Orsay Museum, before heading out for a spot of shopping

Emmy married her first husband, music executive Justin Siegel, in 2008, but he filed for divorce the next year. Their split was legally finalised in 2010.

Mr. Robot creator Sam had never been married before he and Emmy went down the aisle in May. They dated for two years before announcing their 2015 engagement.

The couple will soon be working together, as The Hollywood Reporter recently reported that they’re creating a mini-series about mysterious Los Angeles-based celebrity Angelyne, with Emmy taking on the titular role.

Glam: The 31-year-old actress has been a glamorous fixture on the red carpet over the years

Famed for her voluminous blonde hairdo and pink Cadillac, Angelyne gained attention in the 1980s when billboards of her appeared around Hollywood.

She promoted herself to fame for its own sake, but guarded the secret of her real identity – until The Hollywood Reporter writer Gary Baum exposed it this August.

According to his report, her given name is Renee Goldberg and she immigrated to America from Poland with her parents, who survived the Holocaust. 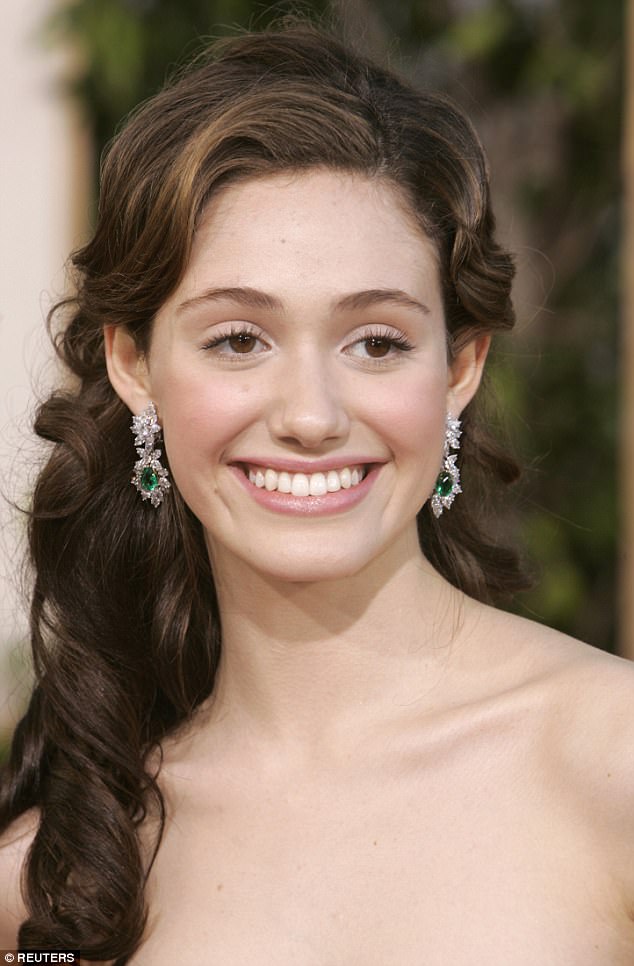 Show: Emmy and her husband recently announced plans to make a mini-series about Angelyne

In a statement on the project, Emmy said: ‘I have always been fascinated by the enigma that is Angelyne. At a young age, I can vividly remember staring up at her on a billboard above me and wondering: “Who is that woman?”

‘Gary Baum’s investigative journalism has finally unearthed the true, complex identity of the infamous woman who has fascinated Los Angeles for over 30 years.

‘From the moment I read Gary’s recent piece, I knew I had to tell this story. It’s a poignant and bizarre tale about the hunger for fame, the sexualization of women and the erasing of past traumas.’ 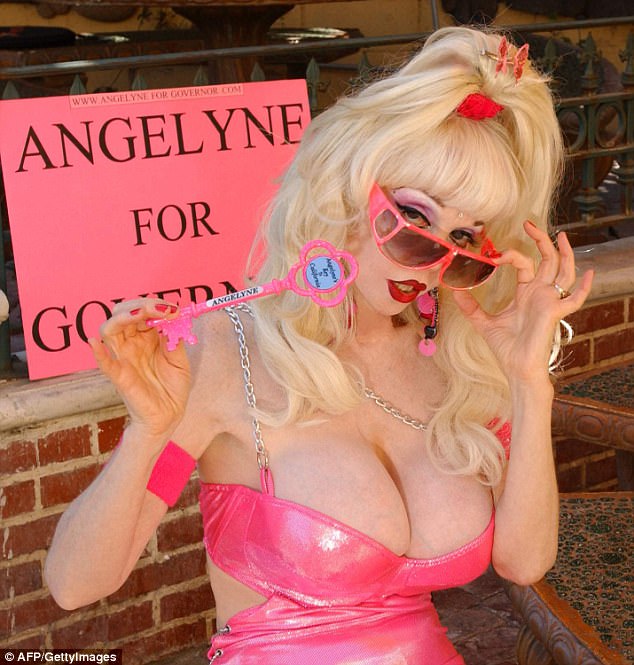 Enigmatic: Famed for her voluminous blonde hairdo and pink Cadillac, enigmatic Angelyne gained attention in the 1980s when billboards of her appeared around Hollywood