An emotional dog owner was filmed breaking down in tears when he was reunited with his Jack Russell days after she fell down a foxhole in Essex.

Alan Whitton, 49, had taken Mitzi on her regular walk around Knighton Wood in Buckhurst Hill, last Wednesday when the pup was chased by a Basset Hound and didn’t return.

The life therapy coach spent the rest of the day desperately scouring the area for the Jack Russell, leaving at 6.30pm, before returning with his wife and children an hour later. 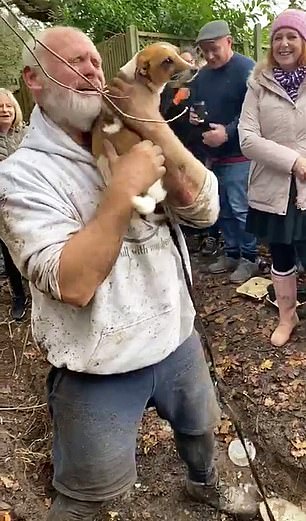 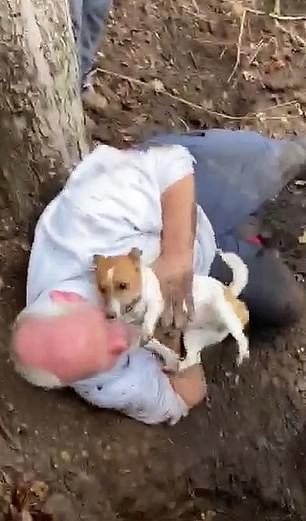 In the clip, Mr Whitton clutches Mitzi to his chest after a two-hour operation to dig her out of a foxhole she had fallen down in Knighton Wood

The next day, Mr Whitton returned to Knighton Wood to continue his search and drop off missing dog leaflets to nearby houses, before driving to the area again on Friday when she was nowhere to be found.

But at around 11am, he received a call from a dog walker whose house backed onto the woods. She said her dog had been sniffing around a foxhole, so Mr Whitton ‘dropped everything and went to investigate’.

He took with him some of Mitzi’s toys, which he squeaked near the entrance to the foxhole and heard a faint whimper in return, Essex Live reported.

Mr Whitton, with the help of some passersby, began the two-hour operation to dig into the foxhole, and at 1.13pm on Friday he was reunited with the lost pup. 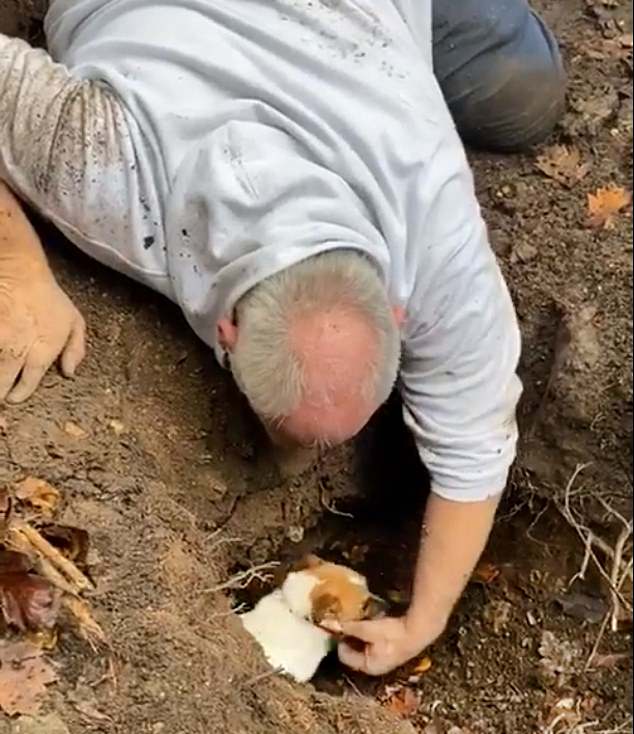 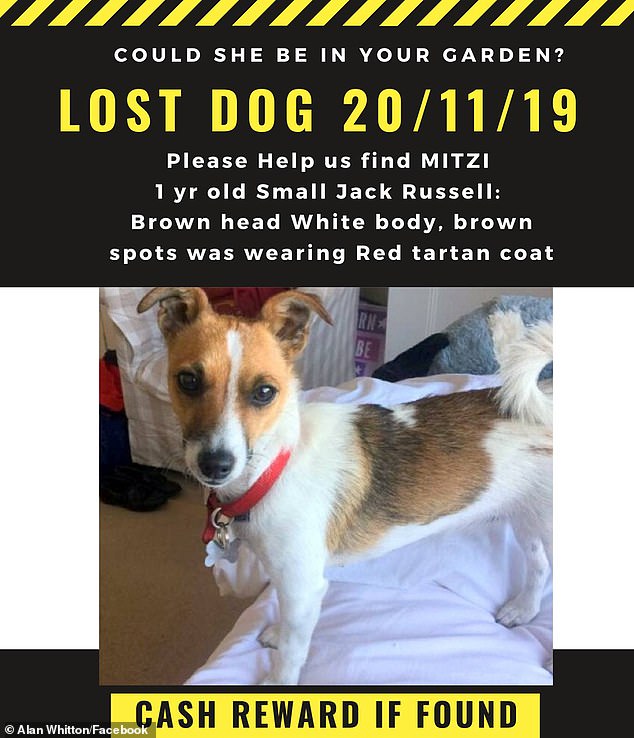 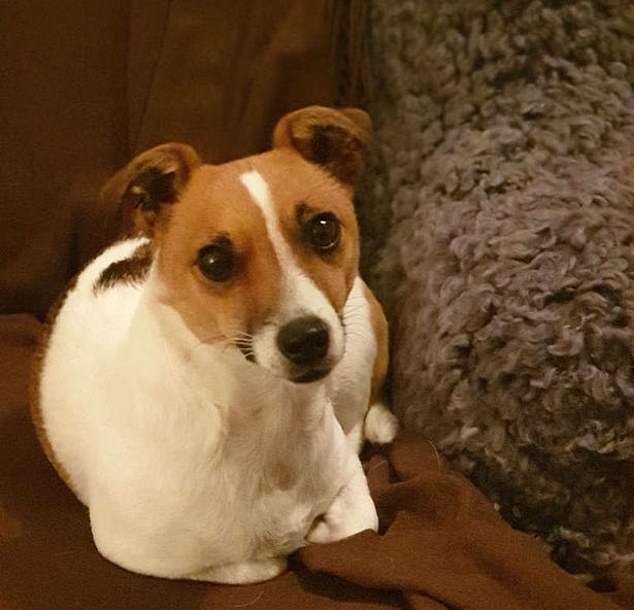 After her ordeal, Mitzi was given the all-clear by a vet and ‘smashed her way through a Greggs vegan sausage roll’

In a clip of the emotional reunion, Mr Whitton reaches into the foxhole as Mitzi emerges from below, before pulling the dazed pup to his chest. 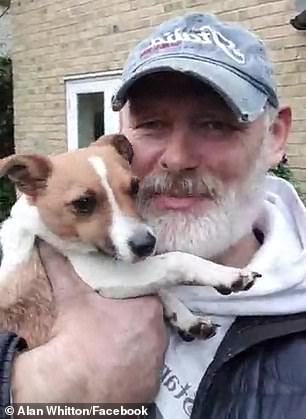 The life therapy coach cries as he embraces the small dog, who he had purchased a year earlier after his previous dog, Tinker, died of cancer.

Cheers erupt from those who had stopped to help in the rescue mission as Mr Whitton continues to celebrate the return of his beloved pet.

‘I just broke down, I was overwhelmed with joy and disbelief, I had started to lose hope’, he said.

‘It was like a Christmas miracle, all the time it felt like a nightmare I couldn’t wake up from.

‘The first thing she did was smash her way through a Greggs vegan sausage roll’.

Mitzi was later checked over and given the all-clear by a vet, and only needed to have a few ticks removed after the incident.

Mr Whitton said he now plans to buy a GPS collar for the pup to avoid any similar incidents in the future.