This is the emotional moment a man breaks down in tears when visiting his father’s grave on Long Lost Family – after his mother refused to offer any details about him.

James Ford, 73, who now lives in Carcassonne, France, with his wife Diana, but was raised near Leeds, was brought up by only his birth mother – and had never met his biological father, despite constantly asking about him as a child.

Eventually, James’ mother admitted that his father had asked for her hand in marriage, and offered to support the pair, but was refused. Just before James’ wedding, she also finally revealed his father’s name James Sydney Ford.

James asked Long Lost Family for help after the team managed to reunite him with his half-sister earlier in tonight’s episode. She had been abandoned by their ‘very poor’ birth mother at two-weeks-old due to being unable to cope with two children.

Speaking to co-presenter Nicky Campbell, James explained that he’d also love to be reunited with his father – but was sadly told the news that his father had passed away in 1969, aged just 42, leaving behind three young children and a wife.

Before being reunited with more of his siblings, James visited his father’s grave and was captured tearfully placing some flowers near the headstone.

James Ford, 73, had an emotional moment when he finally visited his father’s grave, after finding out his father died aged just 42 in 1969 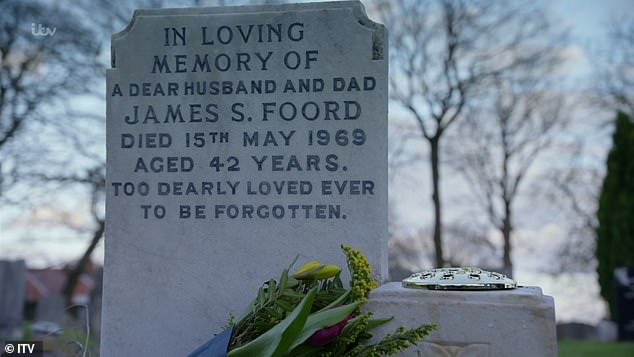 It was an emotional moment for the 73-year-old, who would have liked to have met his father, before learning he had died some decades earlier 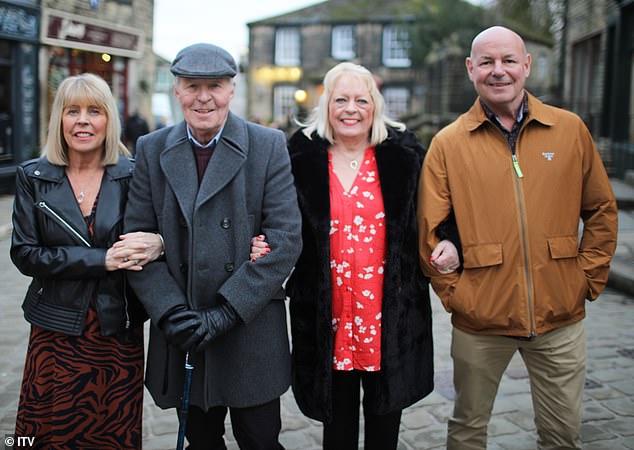 Reunited: Pictured left to right, Anne, James, Elizabeth and Ian after their first meeting with one another 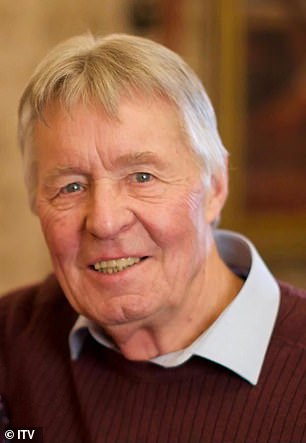 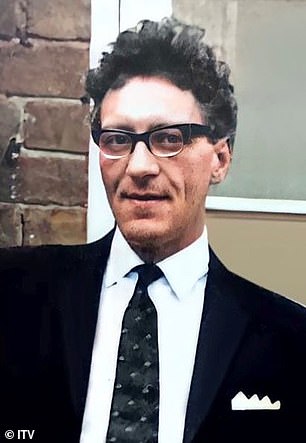 Speaking to co-presenter Nicky Campbell, James (left) explained that he’d love to be reunited with his father – but was sadly told the news that his father (pictured right) had passed away in 1969, aged just 42, leaving behind three young children and a wife

At the start of the programme, James explained: ‘I was constantly asking about my father’s whereabouts. I never knew anything about him. Never knew his name, nothing.’

Eventually his mother told him that his father had offered his had in marriage to his mother, and offered to support her, married or not.

‘My father must have been a good man… he wasn’t a bad man, it just was he who wasn’t wanted.’

It wasn’t until a few weeks before his marriage to wife Diana, that James finally discovered his father’s name.

During the wedding preparations, Diana took James’ mother aside and asked her the name of James’ father.

‘She was so overwhelmed, it just came out as Ford and then she said James Ford, you realize that you’d had the name James, the same name as your father all these years, said Diana, before her husband added: ‘Which is amazing.’ 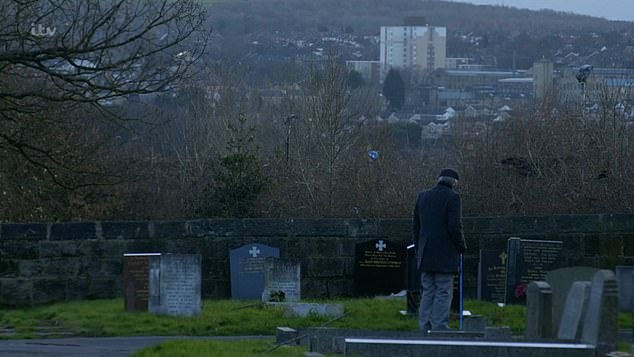 The programme tonight showed James Ford as he was finally able to visit the grave of his late father, also called James 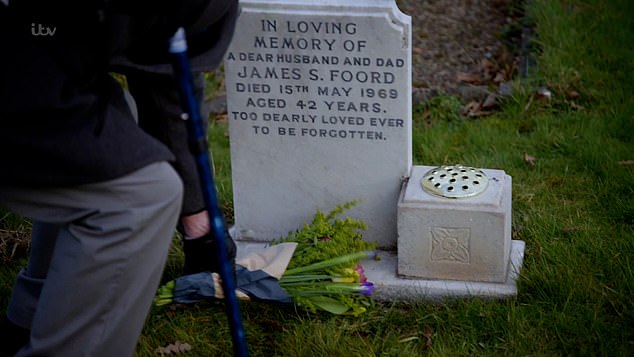 James tearfully laid flowers at his father’s grave, in an emotional scene from the moving programme

James discovered he shared his father’s first two names, James Sydney, and immediately decided to change his last name from Pullman to Ford.

‘I thought it would be a link to him. I’d be a Ford,’ admitted James.

As a young man in the army, James started his search for his father, discovering he was an aircraft engineer.

Eventually, James put his DNA on the database but didn’t have any luck finding his father or any relatives.

He said: ‘Not knowing my father is really an empty feeling that you’re carrying all the time, which I don’t want to anymore.

‘If he’s passed on, I hope he had a very good life. Good men deserve good lives. I’d just like to know. 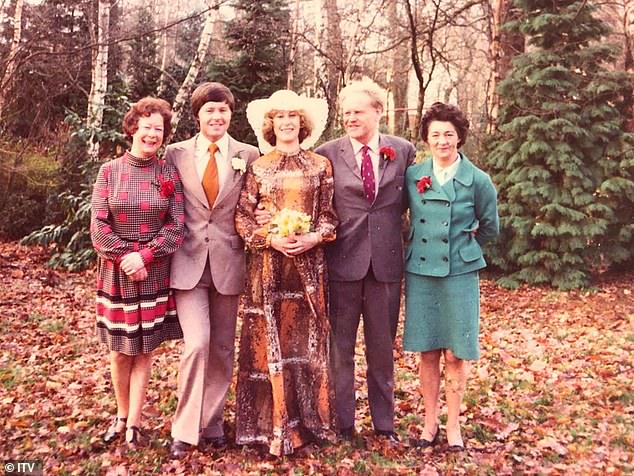 It wasn’t until a few weeks before his marriage to wife Diana, that James finally discovered his father’s name. Pictured, the couple on their wedding day, with James’ mother, right 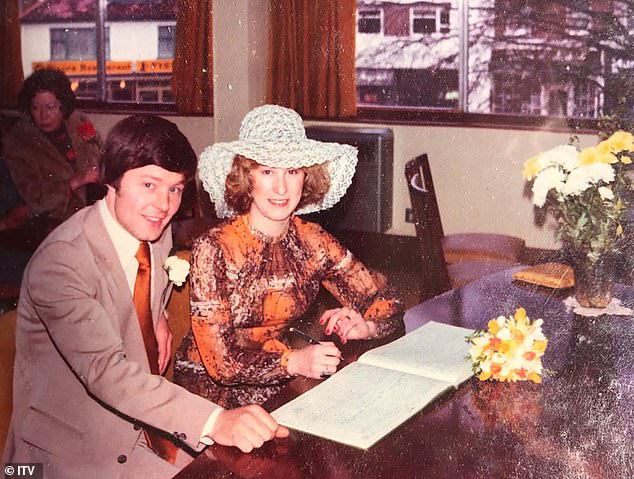 During the wedding preparations, Diana took James’ mother aside and asked her the name of James’ father. Pictured, the couple on their wedding day

‘It’s the first real time I’ve talking in depth about feelings of my father. And the more I think about it, the more I’ve missed him.’

The Long Lost Family team soon discovered James’ father passed away, aged 42 in 1969, and they locate his grave, which James visited on the show in emotional scenes.

Following this, researchers locate James’ father’s three children, who are all still living in Yorkshire.

They were unaware of James, but said their father would’ve loved to have met him.

The siblings reunited in a touching moment, with James saying: ‘My brother and sisters are lovely, charming people.

He added on his father: ‘He was a nice man. That was everything I hoped he would be.’

Earlier in the programme, James reunited with his sister on his mother’s side, Joselyn Taylor, 68, from Boston Spa, West Yorkshire, who was abandoned at just two-weeks-old. 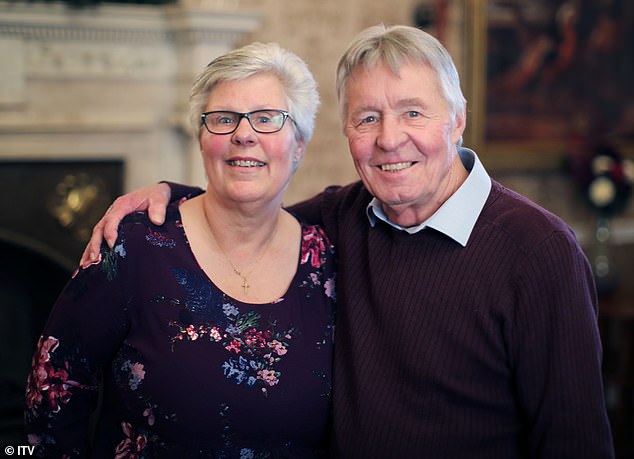 Earlier in the programme, James reunited with his sister on his mother’s side, Joselyn Taylor, 68, from Boston Spa, West Yorkshire, who was abandoned at just two-weeks-old 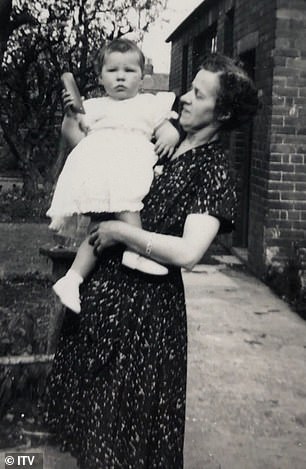 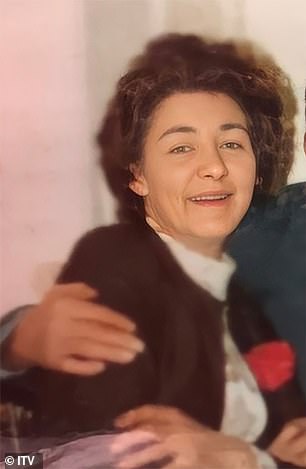 Joselyn Taylor (pictured left, as a baby with her adoptive mother), 68, from Boston Spa, West Yorkshire, was left at a children’s home before being adopted by a single mother who ran a sweet shop. Pictured right, Joselyn’s birth mother

She had always wrongly believed she was left at a children’s home because she is deaf, but on this evening’s programme, she finally discovered the real reason

After meeting her older brother James, she was told that their ‘very, very poor’ mother had to give up her daughter because she couldn’t afford to feed an extra child.

‘She couldn’t cope with both of us. She was unmarried, she had two or three jobs sometimes to keep food on the table,’ said James.

He added that his mother wouldn’t have realised Joselyn was deaf before giving her up at two-weeks-old. ‘Not being that little. No way,’ insisted James.

Joselyn had a happy childhood, which included being educated at a specialist school for deaf children.

She discovered she had a sibling when her adoptive mother Kathleen revealed that Joselyn’s birth mother had once arrived at the sweet shop, asking for money with a five-year-old boy alongside her. 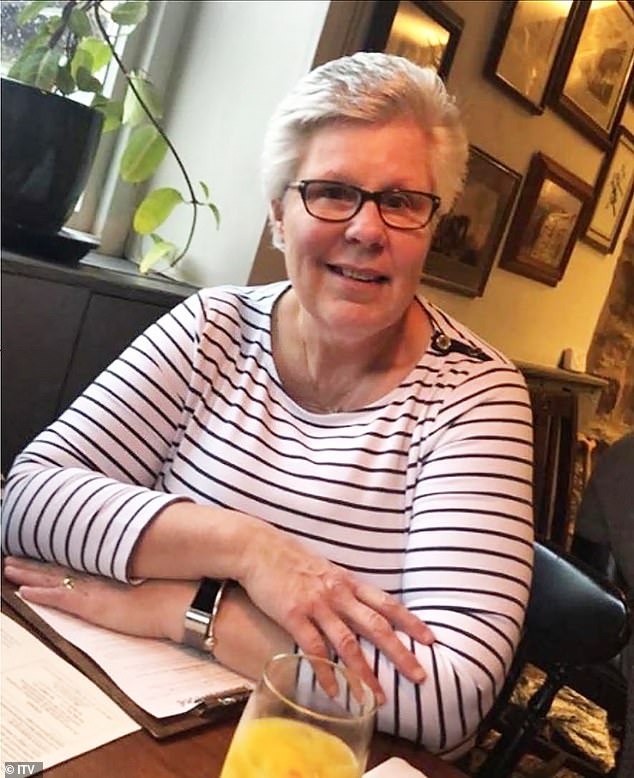 After finally meeting her older brother James, 73, Joselyn (pictured) was told that their ‘very, very poor’ mother had to give up her daughter because she couldn’t afford to feed an extra child 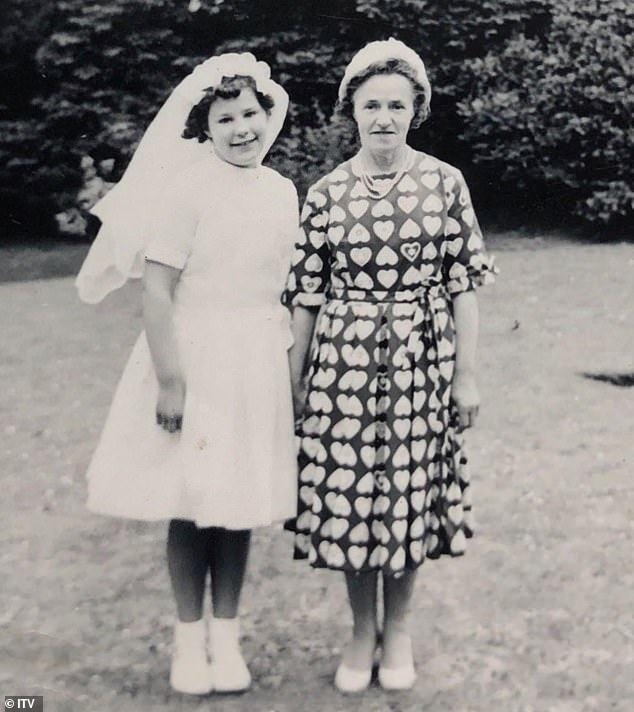 Joselyn (pictured with her adoptive mother) had a happy childhood, which included being educated at a specialist school for deaf children

Joselyn said: ‘She was obviously very, very poor. My adoptive mother told her to get out of the shop.’

Realising she had a brother, she started to look for him and went through her adoptive mother’s bedroom drawer until she found some paperwork, reported The Mirror.

On the documents was the name of her brother, James Sydney Pullman.

But when Joselyn entered her DNA on a web database, it revealed a sibling called James Ford.

Her attempts to contact James went unanswered so she turned to Long Lost Family for help, and the team eventually discovered James in Carcassonne, France.

James and Joselyn’s mother, Lois Pullman, has passed away.

But the two siblings were reunited, with Joselyn saying: ‘I felt an instant connection – he cried, he really cried. It was lovely.’