This is the heart-warming moment an entire street sings Happy Birthday to a 98-year-old neighbour after hearing she’d celebrated alone the day before because of the Covid-19 lockdown.

Barbara Bakewell has lived on the same street in Redditch, Worcestershire for 68 years but had been forced to stay indoors on her special day.

But kind next-door neighbour Chris Carr, 30, a former soldier and Afghanistan veteran, knocked on doors and urged neighbours to gather in their front gardens to sing to her. 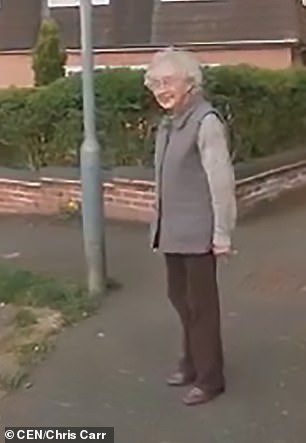 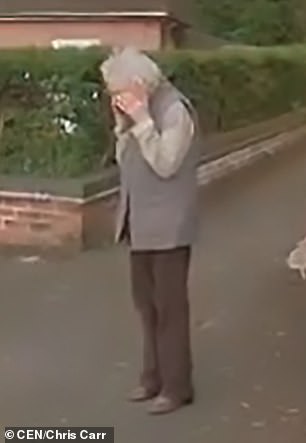 The whole street in Redditch, Worcestershire came out into their front gardens to sing Happy Birthday to 98-year-old Barbara Bakewell

And everyone on the street was more than happy to join in to celebrate the birthday of a lady who volunteers at a cat shelter and reads to the blind.

Mr Carr said: ‘The video was filmed at the Batchley Estate in Redditch, and I knocked on every single door in our close.

‘Obviously, given the current pandemic I maintained a social distance while I was out knocking doors and every single member of our community agreed to come and sing.

‘I basically introduced myself and told them that my next door neighbour was 98 the day before and she spent her birthday pretty much by herself.

‘Most of the people who I spoke with knew Barbara. In fact, everyone on the street said ‘Oh Barbara… Yeah, we will come and sing.’ 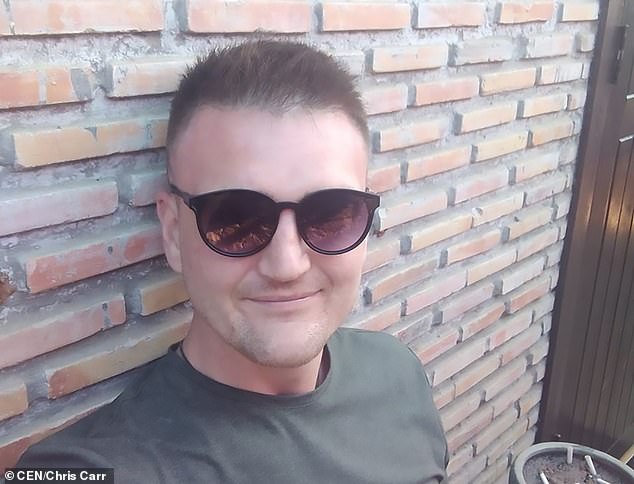 But there was one short delay with the birthday girl insisting on putting on some lipstick before coming out into the street.

Mr Carr continued: ‘When I asked her to come and join us the first thing she said was ‘let me go put my lippy on!’

‘I would say that given the current crisis the unity on the street has definitely improved.

‘I feel closer to my neighbours now and when we go out on our daily exercise or if we are walking the dog and see a neighbour in the front garden we will actually stop and talk.

‘I think that before this pandemic everyone was so consumed with their jobs and their own individual lives we never took the time to actually stop and take a breath and see how beautiful this world is.’