A Cleveland Emergency Medical Services dispatcher and supervisor have been suspended for refusing to send an ambulance to a man who was shot 16 times and drove across the city line.

Police say the 22-year-old victim was shot multiple times Jan. 14 with an assault rifle as he was getting into his SUV. The victim managed to drive into Euclid, where he was discovered by a police officer.

Police say Cleveland EMS refused to send an ambulance because he left the city. 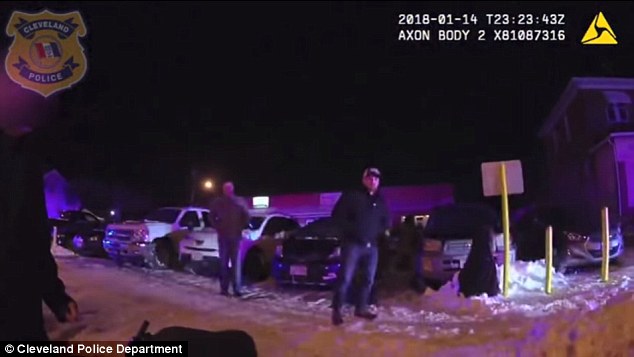 Officers put him in a police cruiser and took him to Euclid Hospital. The victim survived the shooting.

In the police body camera, an officer is heard saying EMS wouldn’t come because it’s not in their city.

Someone then says off camera, ‘Either way he needs to get to get to a hospital.’

The officer with his body camera rolling tells police dispatch that they are just going to bring the victim in themselves to Euclid Hospital since EMS has not arrived.

A Cleveland spokesman says dispatcher MyLinh Lam and Sgt. Jewel Smith were suspended without pay for one day.