She’s REALLY going for it! Energetic clubber in towering heels shows off her wild dance moves including the SPLITS – before it all gets a bit wobbly

A spirited clubber has become a viral sensation after she was filmed showing off her wild dance moves in very high heels.

The video, posted to Twitter, captures Sophie as she enthusiastically dances at a venue in Glasgow, Scotland, during a night out.

She moves in a circle as she holds a bright blue drink in the air – spinning around in her hot pink blazer and shorts ensemble. 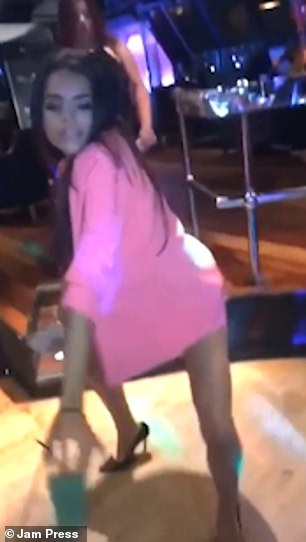 The video, posted to Twitter, captures Sophie as she dances at a venue in Glasgow, Scotland, during a night out

At one point she even performs the splits, before the night takes its toll and she begins to get a bit wobbly.

But Sophie soldiers on until she eventually falls over from pure exhaustion and has to to be helped up by friends.

The teenager apologised for her behaviour after the video was posted to Twitter by her friend Lauren Sweeney. 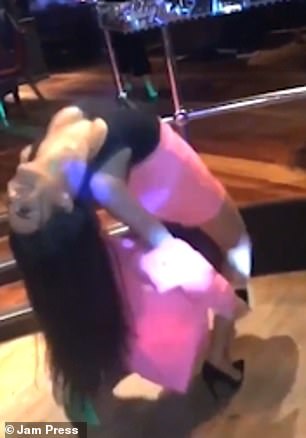 But her friends didn’t seem to mind, with Ms Sweeney writing: ‘I’m not even sorry for anyone that witnessed Sophie last night, she is the best entertainment and I am now taking bookings for future 18ths.’

Another friend said: ‘Coming here from the video, and just wanna say I’m keeping that energy with me for the rest of 2019.’

It wasn’t just Sophie’s friends who were impressed by her dance moves. 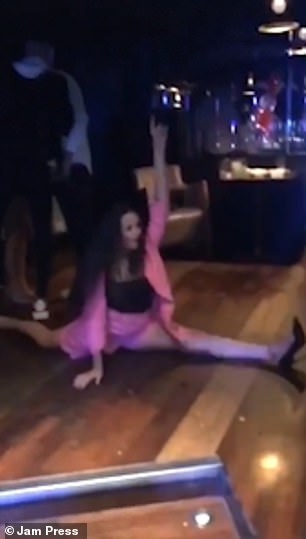 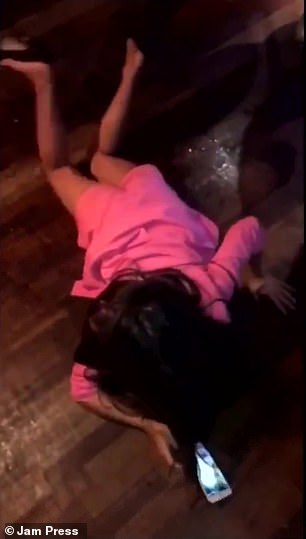 A Twitter user wrote: ‘Fantastic effort staying on her feet through most of that in them heels. And the splits was 10/10.’

Another said: ‘I’ve got tears, when she jumps into the splits and then rolling around on the floor.’

Many others were tagging their own friends who they thought had the same energy as Sophie when on a night out.

The hilarious clip has now been viewed more than 1.3 million times.