CNN’s Jake Tapper asked Granholm point blank on ‘State of the Union’ if the nation’s adversaries have the capability of shutting the energy grid down.

‘Yeah, they do,’ she said in ghastly warning to the country.

Granholm’s statement comes at a time when cyberattacks are on the rise.

Late last week, the U.S. Department of Justice elevated the priority of ransomware attack investigations to a similar priority as terrorism in the wake of the Colonial Pipeline hack, a senior department official told Reuters. 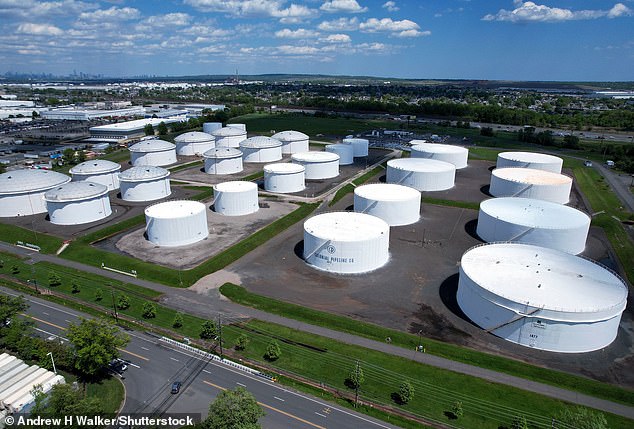 The Colonial Pipeline hack in early May shutdown the largest pipeline on the East Coast for several days, and some Southern states are still reeling from the shutdown as many gas stations are still empty a month later.

Colonial paid the hackers the demanded $4.4 million in ransom, something that Granholm personally is against doing.

In separate Sunday interview – this time on NBC’s ‘Meet the Press’ – she said cyberattacks are a ‘huge issue’ in this United States right, and paying ransoms ‘exacerbates’ the problem ‘by sending a bad message.’

‘Everyone has to up their game – not just to protect themselves, but to tell the federal government if they are a target of an attack,’ she said on ‘Meet the Press.’

An immediate change is making sure energy companies, which are mostly private companies, immediately notify the federal government if they’re a victim of a cyberattack.

In the long run, President Joe Biden is expected to make international cyberattacks a priority during his first foreign trip to talk with European leaders and meet with Russian President Vladimir Putin in Geneva, Switzerland, CNN reported.

The energy secretary praised the Biden administration’s efforts to combat cyberattacks and said in the CNN interview.

‘Working with other countries, working with the private sector, working inside of our own government — the president has been issuing these executive orders, to make sure our own house is in order — [and] making sure that citizens are able to protect themselves’ is necessary to prevent cyberattacks. 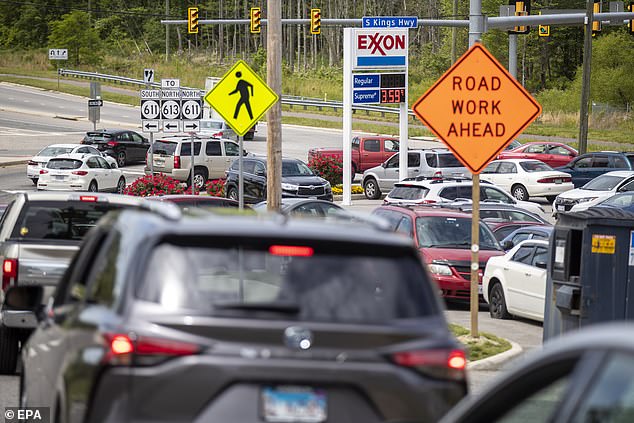 Some southern states are still feeling the effects of the Colonial Pipeline shutdown from early May, with many gas stations still without fuel

Raimondo was asked on ABC’s ‘This Week’ if the US should take a more aggressive approach to ransomware attacks that appear to largely be originating in Russia.

‘We won’t stand for a nation supporting or turning a blind eye to a criminal enterprise,’ Raimondo told host George Stephanopoulos.

‘And as the president has said, we are considering all of our options and we’re not taking anything off the table as we think about possible repercussions, consequences or retaliation.’