England Women collected their first points of this year’s Ashes series as their top order put on a batting masterclass to claim a 20-run Duckworth-Lewis victory in a rain-affected third one-day international at Coffs Harbour.

The tourists put up their highest-ever ODI total against Australia, chalking up 284 for eight in their 50 overs.

The weather reduced the Australian target to 278 in their 48 overs but, just as England struggled to meet their target in the second ODI, so did Australia on the east coast as the tourists ran out winners.

England were slow out of the blocks and lost opener Lauren Winfield for a duck in the second over but during the next 20 overs, Tammy Beaumont and Sarah Taylor kept the scoreboard ticking along, the latter reaching her half-century off 55 balls.

Taylor was caught off the bowling of Megan Schutt for 69, having notched up 12 fours, while Beaumont was dismissed for 74 from 98 deliveries in the 36th over.

However, it was the contribution of skipper Heather Knight with an unbeaten 88 from 80 balls – including five fours and a six – that helped set Australia a target which would prove to be insurmountable.

Australia had won the first two ODIs to hold a 4-0 lead in the series, with the day/night clash on Thursday seeing the home side scamper to 296 and England were never at the races during their innings. 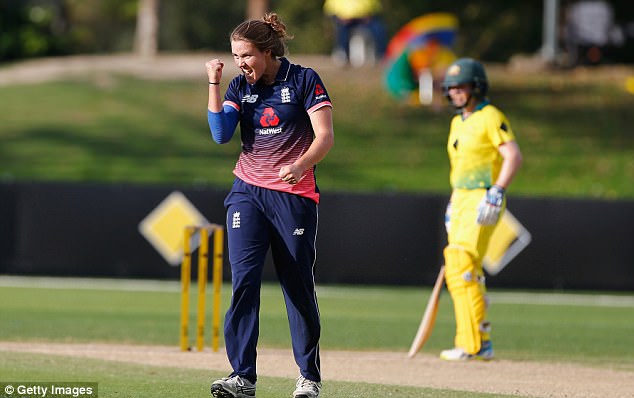 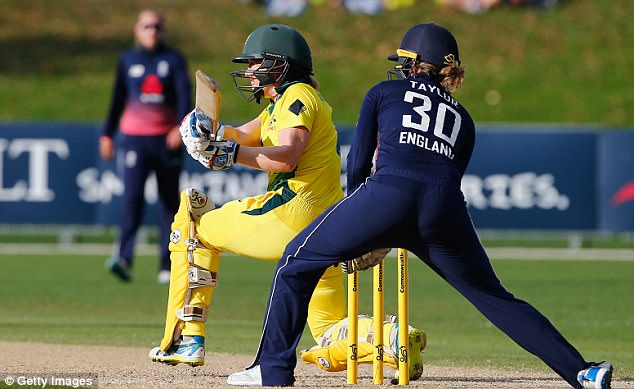 The same could not really be said of Australia on Sunday, with a rain delay helping break up the flow of openers Alyssa Healy and Nicole Bolton who were going at a run a ball until the seventh over.

Healy would go on to make her fifty in the 14th over – after smashing Sophie Ecclestone for three boundaries from four balls and a single on the last ball of the over completing the milestone.

She would go on to make 71 from 72 balls, but by the time she was caught by Katherine Brunt off the bowling of Alex Hartley, the required run rate had crept up to more than six an over.

Ecclestone got the wicket of Bolton in the 30th over for 62 with Winfield getting the catch, as the home side struggled to take their innings into the next gear. 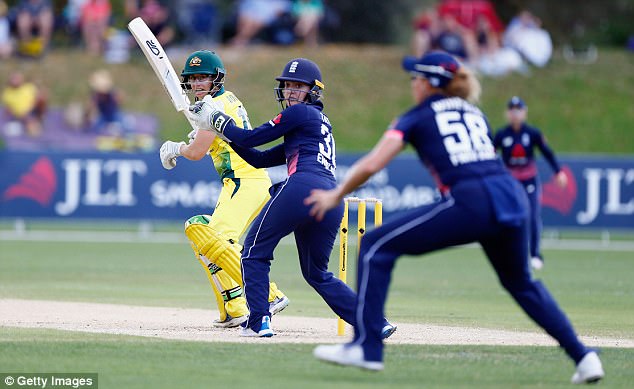 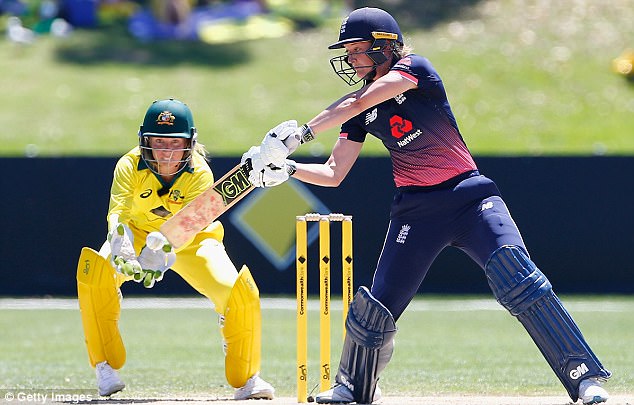 The Australians lost Ellyse Perry for 23, and then Elyse Villani for eight in the following over to Hartley, who took three wickets for 45 runs off nine overs.

By the time Hartley got her third – Jess Jonassen caught and bowled for six – in the 42nd over, Australia were needing 10 an over.

Jenny Gunn got two wickets in the final over as Australia finished their innings on 257 for nine.

Australia’s 2-1 win in the ODI series gives them a two-point lead in the multi-format series, meaning they only need another four from the one-off day/night Test and three Twenty20s to retain the Ashes.