England, beware! Eddie Jones’ side will face a France side hell bent on their first Grand Slam since 2010 and driven by an obsessive and ruthless ‘genius’ Fabien Galthie – with former captain on the verge of becoming a national hero

England beware – France will take some stopping in Paris on Saturday. They are being driven towards a first Grand Slam since 2010 by an obsessive, ruthless ‘genius’.

Fabien Galthie is overseeing a stunning Gallic resurgence. The former France captain and World Player of the Year is a polarising figure, but has presided over 19 wins out of 25 Tests, including the scalp of New Zealand last November.

On his watch, Les Bleus are emerging as favourites to win a home World Cup next year. First, they want the Six Nations title and a ‘Grand Chelem’. Galthie, 52, led France to the ultimate European conquest as a player in 2002 and now he will stop at nothing to repeat the feat as head coach.

France will take some stopping against England, led by their obsessive coach Fabien Galthie

A year after being blamed and castigated for a Covid outbreak in the French camp, he is on the verge of becoming a national hero once again.

He is bringing the sort of relentlessly demanding nature to his work that Eddie Jones has with England. Former Argentina icon Agustin Pichot — who captained Galthie’s Stade Francais side to the Top 14 title in 2007 — gave an insight into his approach.

‘I have big respect for Fabien. He is the brain and driver of everything for that team, I can tell you that,’ he said. 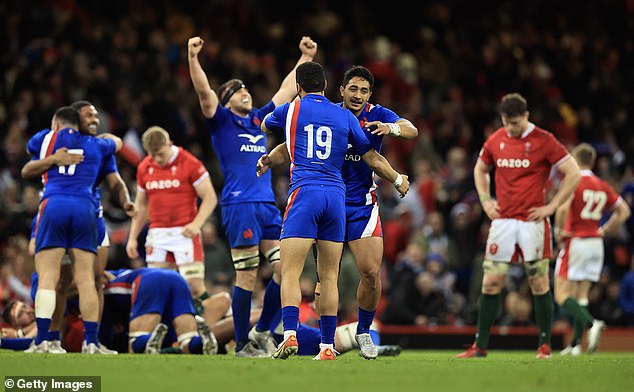 Les Blues are firmly on the hunt for the Six Nations title, which would make Galthie a hero

‘If you understand Fabien just wants to get the best out of you and will challenge everything about your psyche and your gameplan, then you will be successful. If you don’t understand that, you’ll hate him.’

Pichot recounted a tale which illustrated the passion of Galthie, saying: ‘Everything is intense. He never rests.

‘When we won the Top 14 semi-final against Toulouse, we went to celebrate in Paris. We spent three hours of that time in a bar in St Germain, Fabien and me, discussing if we were going to play Juan Hernandez at 10 with David Skrela at 12 in the final. We were talking about it until 3am. We had been drinking, but we were still thinking about how we were going to beat Clermont in the final. And we did. 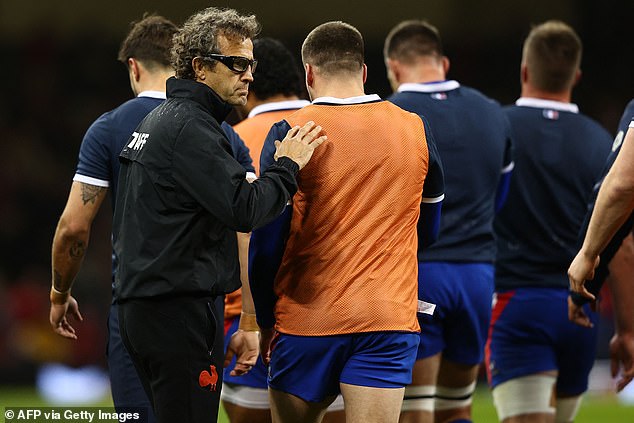 ‘That is the intensity I am talking about. I loved it and I was happy talking to him about this until 3am!’

Pichot has no doubt that, after a series of failed regimes, France have found their man.

‘I discussed it with administrators from France and told them the best French coach is Fabien,’ he said. ‘When Guy Noves was there, I just thought they were missing the best coach. He is the best coach in France by a mile.’

Yet Galthie can antagonise as well as inspire. While in charge of Montpellier in 2014, he missed a game to attend a birthday party — in Brazil. 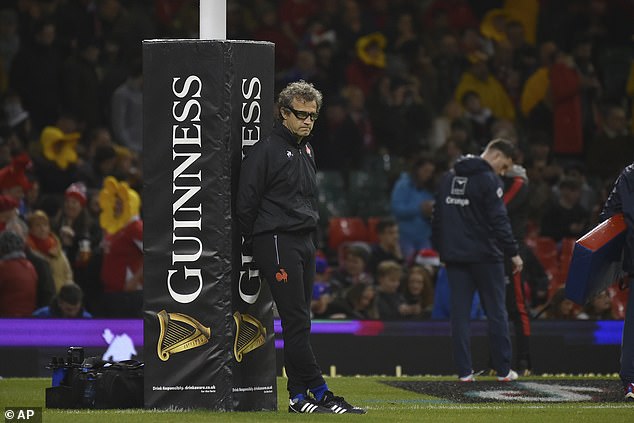 He was sacked by his club, but after a drawn-out tribunal he was deemed to have been the victim of wrongful dismissal and won €500,000 in damages.

One former player, in his autobiography, recounted telling Galthie in an angry exchange: ‘Humanely, you are worthless. You shouldn’t be allowed to coach. You rip up players like a dog feeding on scraps of meat.’

Ex-France hooker Benjamin Kayser — a member of Galthie’s champion Stade team — told Le French Rugby podcast: ‘He’s a strategic genius, but he struggled with people who needed a human side, people not as ruthless or hardcore as him.’

So he has been divisive, but a Slam might make Galthie more popular. Maybe the end will justify the means, or maybe there will always be criticism — no matter how much success he achieves.